An unbelievable story about Joe Biden prompts the question: Is the site that dumb, or just that clumsy? 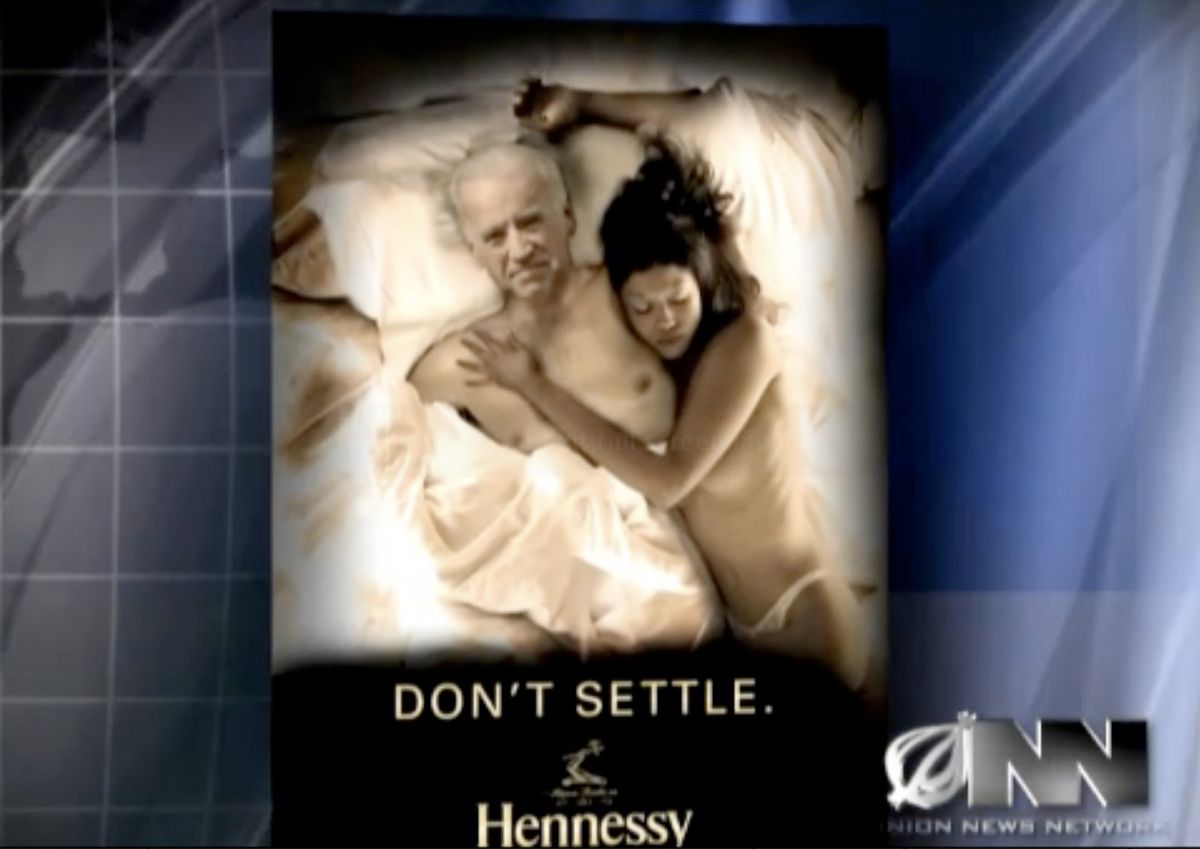 Today in the Huffington Post, we learn that Joe Biden's controversial new ad campaign for Hennessy, featuring a shirtless vice-president in bed with a sexy woman and the words "Don't Settle," has been pulled. And where did HuffPo get this breaking story? The Onion News Network.

Posted by one Nicholas Graham, the story appears in HuffPo's "comedy" news but also on its Joe Biden section. Though the Onion piece itself, which went up yesterday, mocks the man from Scranton's "international playboy status," the HuffPo item observes, with a straight face and not a lick of irony, its resemblance to PETA's Michelle Obama ad and Weatherproof's now notorious Barack Obama billboard in Times Square. It's an instance of news aggregation gone wrong -- or, at least, weird. While we can't be sure how in on the joke HuffPo was, it's clear that not all its readers are, if comments like "THE WORLD IS LOOSING ALL COMMON SENSE AND RESPECT FOR ANYONE" are any indication. The furor and confusion has already spilled to Twitter, where people are anxiously tweeting about the veracity of the campaign.

All of this would be mildly amusing, though not up to the Onion's usual par, were it not for the fact that as HuffPo was posting the tidbit this morning, the real Biden was in Wilmington, Dela., attending his 92-year-old mother's funeral, eulogizing "the center of our family," and remembering her courage and loyalty.

So was the HuffPo/Onion story in bad taste? Maybe. Bad timing? Absolutely.