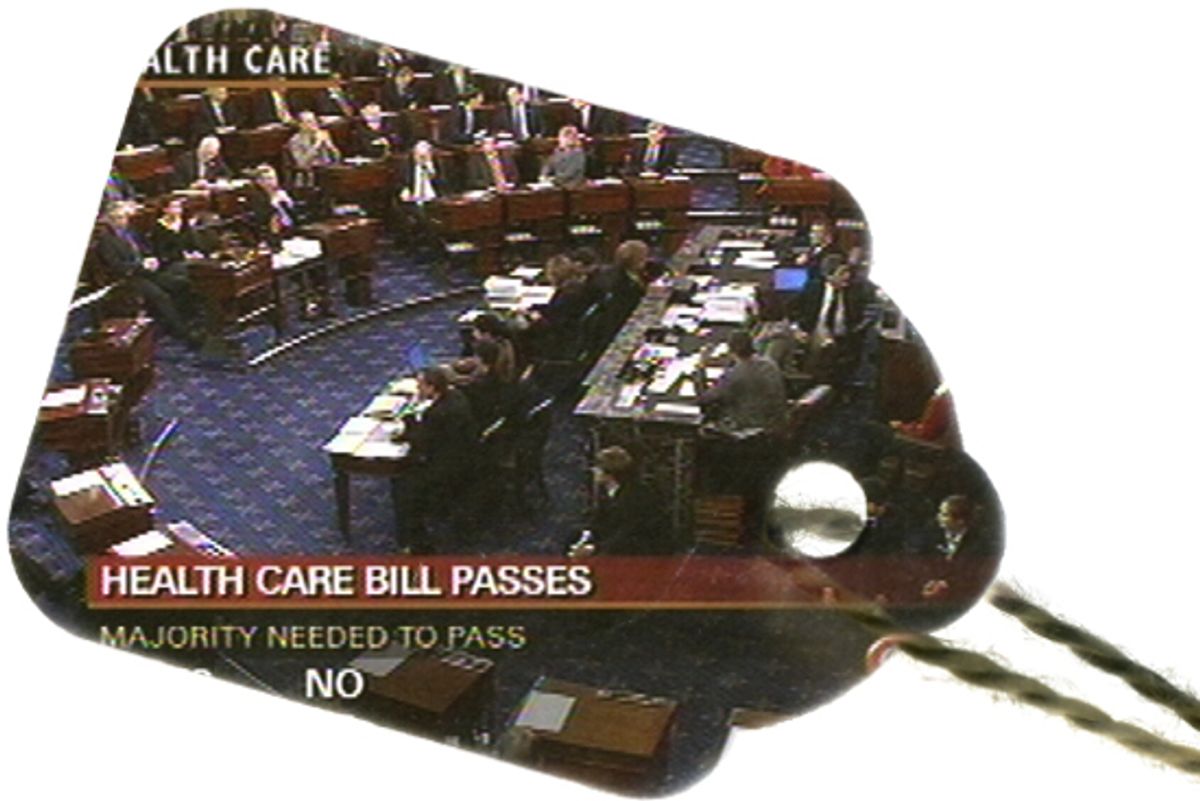 There’s only one big remaining issue on healthcare reform: how to pay for it. The House wants a 5.4 percent surtax on couples earning at least $1 million in annual income. The Senate wants a 40 percent excise tax on employer-provided “Cadillac plans.” The Senate will win on this unless the public discovers that a large portion of the so-called Cadillacs are really middle-class Chevys, expensive not because they deliver more benefits but because they have higher costs.

The dirty little secret under the hood is that less than 4 percent of the variation in the cost of current healthcare plans has to do with how many benefits they provide. Most plans that cost more do so because 1) a particular set of employees is older and tends to get sicker than the average set of employees (that’s true for a lot of old Rust Belt firms), 2) the plan is offered by a small business that lacks bargaining clout with insurers (small businesses pay, on average, 16 percent more for the health insurance they provide, per capita), 3) the work that employees do subjects them to greater risk of medical problems (healthcare workers, for example), or 4) most employees are women (who tend to have higher healthcare costs than men because women are the ones who bear children). Plans could also cost more but deliver average benefits because 5) insurers in the area don’t face much competition (one main reason for the public option).

So by taxing so-called Cadillac plans, the Senate bill would actually end up taxing the Chevy plans of a large portion of the middle class. And as time goes by, a still larger portion, since the Senate plan is geared to the overall rate of inflation rather than to the (much higher) rate of increases in healthcare costs.

Defenders of the Senate plan say not to worry. Employers who bear the tax and therefore have an incentive to cut back on healthcare for their employees will make it up to employees in higher wages. But anyone taking even a passing glance at today’s labor market knows this is wishful thinking. Employers have no incentive to raise wages when almost everyone is worried about keeping their jobs. (Besides, a dollar’s worth of tax-free health benefit is worth more than a taxable dollar of wages.)

In any event, I thought a major purpose of healthcare reform was to get more care to more people, not to cut it back. Even employees who get extra dollars of wages to make up for the cutbacks won’t necessarily plow those wages back into healthcare.

Some say the Senate’s excise tax is the only way to control long-term healthcare costs. Baloney. If a portion of the middle class loses their healthcare, they won’t get the preventive care that’s so crucial to containing long-term costs. If Congress wanted to do more cost containment it would allow Medicare and Medicaid to use their huge bargaining power to get lower costs from pharmaceutical makers and medical suppliers. And it would have a public option to compete with private insurers.

Of course, we’re playing with probabilities here. No one knows exactly what will happen when the Senate excise tax hits -- how many employers will cut back coverage without raising wages to compensate, how many middle-class people will be hit hard by this, how many who do get higher wages will use them to buy healthcare, including preventive care.

But why even take these chances when the House bill simply and cleanly goes after the top 1 percent? It’s not as if couples earning over a million can’t afford to pay the tax. When I last looked, the top 1 percent was taking home a record 23 percent of total income. If anything, the Great Recession is widening the gap. It’s bonus time on Wall Street again. But the middle class is taking a beating.

This is the last big fight on healthcare reform. It’s being fought right now. Make your voice heard.