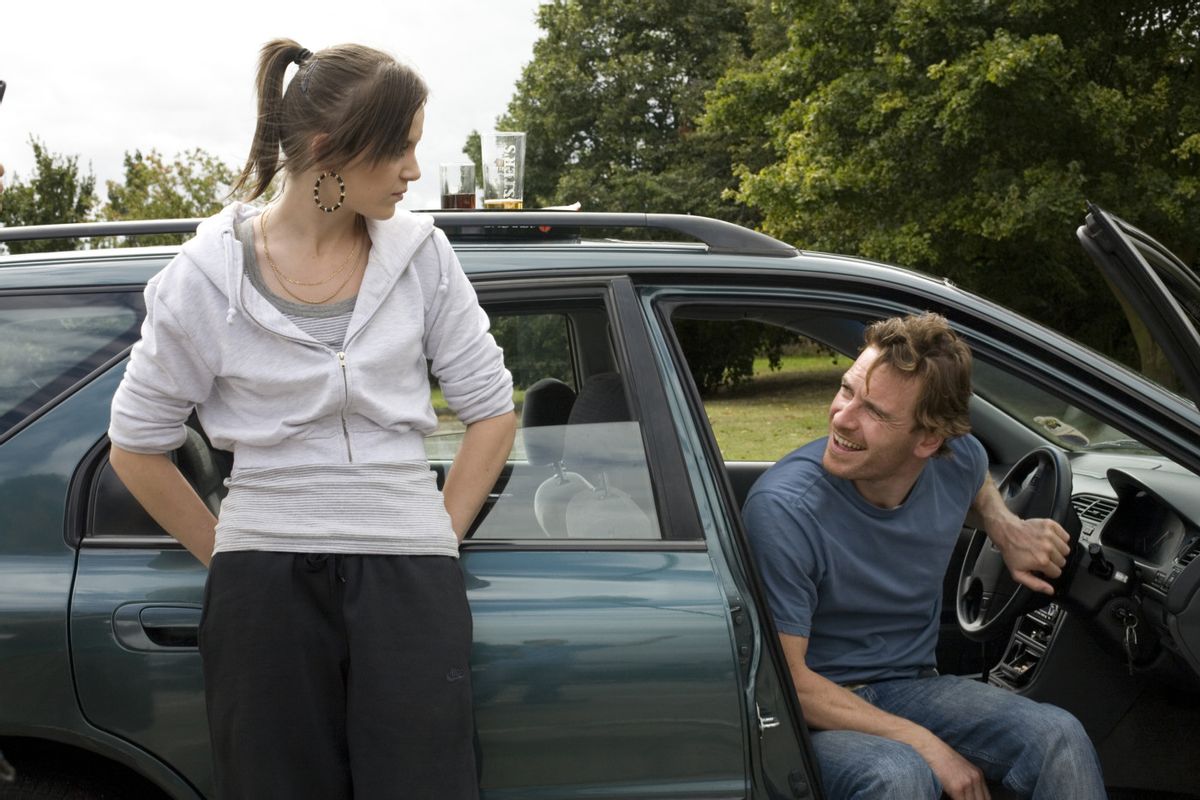 I'm telling you here and now to seek out "Fish Tank," either at a big-city theater or via VOD, because it's absolute dynamite. As cheesy as this is, you could say it combines the best elements of "Precious" and "An Education," and not be cheating. It's an explosive female coming-of-age story set against a dreary backdrop of poverty, abuse and neglect -- in this case the grim suburban housing developments on the working-class outer fringes of London (the title refers to a certain blocky style of glass-fronted apartment) -- with an astonishing breakout lead performance from Katie Jarvis, its teenage star. But while those two films, each of them admirable in its way, are legitimate Oscar contenders, "Fish Tank" is more likely to be a furrin-cinema footnote, too confrontational, too hardass and too implacably British -- in the gritty, contemporary, non-period sense -- for Yank art-house customers.

Perhaps more to the point, Arnold's combination of dense London-dialect slang and hand-held camerawork, along with her steadfast refusal to sentimentalize her characters or deliver an easily digestible moral or message, makes "Fish Tank" a steep mountain to climb for many viewers. But that stuff is also exactly what makes it so great. Fifteen-year-old Mia (Jarvis) is indeed a misunderstood loner, derided by her slutty boozehound mom (another tremendous performance, from Kierston Wareing) and pursued by well-meaning but moronic social workers, who dreams of stardom as a hip-hop dancer. She's also a bottomless fount of poorly managed rage and emotion, a skinny wraith clad in track suits, too much bling, bad makeup and what my mother once called (in reference to a teenage girlfriend) "that stepped-on look."

Furthermore, when Mia gets a look at Connor (Michael Fassbender), the genial, muscular Irish dude her mum has dragged home from somewhere -- well, let's just say that in her two features so far Arnold has breathed new life into those feminist film theories about the "female gaze." Arnold has an ecumenical appreciation for both male and female hotness, to be sure -- we see plenty of the curvaceous Wareing in her Frederick's of Hollywood-knockoff underthings -- but she provides Mia, and us, with a hugely lascivious serving of the impressively shirtless Fassbender, jeans barely hanging off his ass, as Connor sleepily makes tea in the kitchen.

As for the Irish-German Fassbender, previously known for playing Bobby Sands in Steve McQueen's "Hunger," he's both a fine actor and a major star waiting to happen. This movie presumably won't get him there, but this guy is going to cause spontaneous combustion among numerous women, and no doubt quite a few men too. His Connor is simultaneously a likable character and a borderline-sinister one, which is a difficult combo to pull off. His avuncular interest in Mia is genuine, at first, and innocent enough given the context of the alcohol- and estrogen-infused apartment Mia shares with her mom and younger sister. But she keeps pushing at it and pushing at it, finding opportunities to touch him, picking fights and making up, staring at him with unbridled teenage lust. Hey, what's a guy to do?

No, I'm not suggesting that what happens between Connor and Mia is her fault -- he's an adult, at least nominally, and she isn't. But the fact that it's a terrible idea to sleep with your mother's 35-year-old lover, whose provenance and background are unknown, doesn't mean that Mia doesn't want to. In Arnold's view, both in "Red Road" and here, human sexuality is an explosive device that doesn't defuse easily, and when it goes off its ripple effects can be negative, positive, surprising and devastating. (Be prepared: She's also disturbingly frank about the fact that illicit or forbidden sex is often the hottest -- however we may feel about it seconds or hours later.)

On one level, "Fish Tank" tells a familiar, even archetypal, story, one that's been told in different social settings by Thomas Hardy and Henry James -- the seduction and disillusionment of a young girl -- but once again Arnold uses this familiarity as a source of strength. While the filmmaking world is awash with low-budget hyperrealism these days, few directors at any level have Arnold's gift for mounting suspense and powerful emotion, or her flair for thrilling, immediate images. (The terrific cinematography is by Robbie Ryan.)

If what happens between Connor and Mia is in some sense predictable, it's because the mistakes they've made are so recognizable, and we understand the tragic or near-tragic territory where they're likely to lead. But I don't think "Fish Tank" is entirely or principally about that story. It's about Mia, one of the truly memorable, deeply flawed movie heroines of recent years, as she wanders across this exurban wasteland in her pose of aggrieved nobility, head-butting rival chicks on the playground or futilely struggling to free a half-starved horse tethered in a junkyard. It's about her startlingly moving hip-hop dance numbers, performed to borrowed CDs in a vacant apartment. (As in "Red Road," Arnold makes marvelous use of pop music, including Bobby Womack's heartbreaking cover of "California Dreamin'," which comes to stand for the impossible dreams Mia must give up.)

Most magical of all is the fact that Arnold believes in the possibility of deliverance, even in a life apparently as closed-down and barren as Mia's. If I can borrow another feminist-theory term, Arnold argues for Mia's "agency," for the fact that her decisions are her own and that even the worst ones -- which get pretty bad, worse than I've told you -- contain the possibility of transformation. There's a scene at the end of the movie when Mia and her sister, in defiance of all plausibility, end up dancing to Nas' "Life's a Bitch" with their mother, who for most of the film has been a bitter, drunken harridan. (One of the film's ironies is that Connor is a much better and more loving parent -- at least, you know, up to a point.) There's no way Arnold should be able to pull off such a stereotypical chick-flick move in this universe, but something about the contrast between the driving nihilism of the music and the unexpected tenderness of the image totally destroyed me.

Of course we recognize that this moment of reconciliation and female solidarity is fleeting, but it still unlocks a secret to this wonderful, challenging movie: None of these characters, as trapped by economics and psychology and low expectations as they may be, is doomed to do tomorrow exactly what they did today. What has not killed Mia -- and girlfriend is tough to kill -- has made her stronger.

"Fish Tank" opens Jan. 15 at the IFC Center and Lincoln Plaza Cinemas in New York, with wider release to follow. Beginning Jan. 27, it's also available on-demand via IFC In Theaters, on many cable-TV systems.