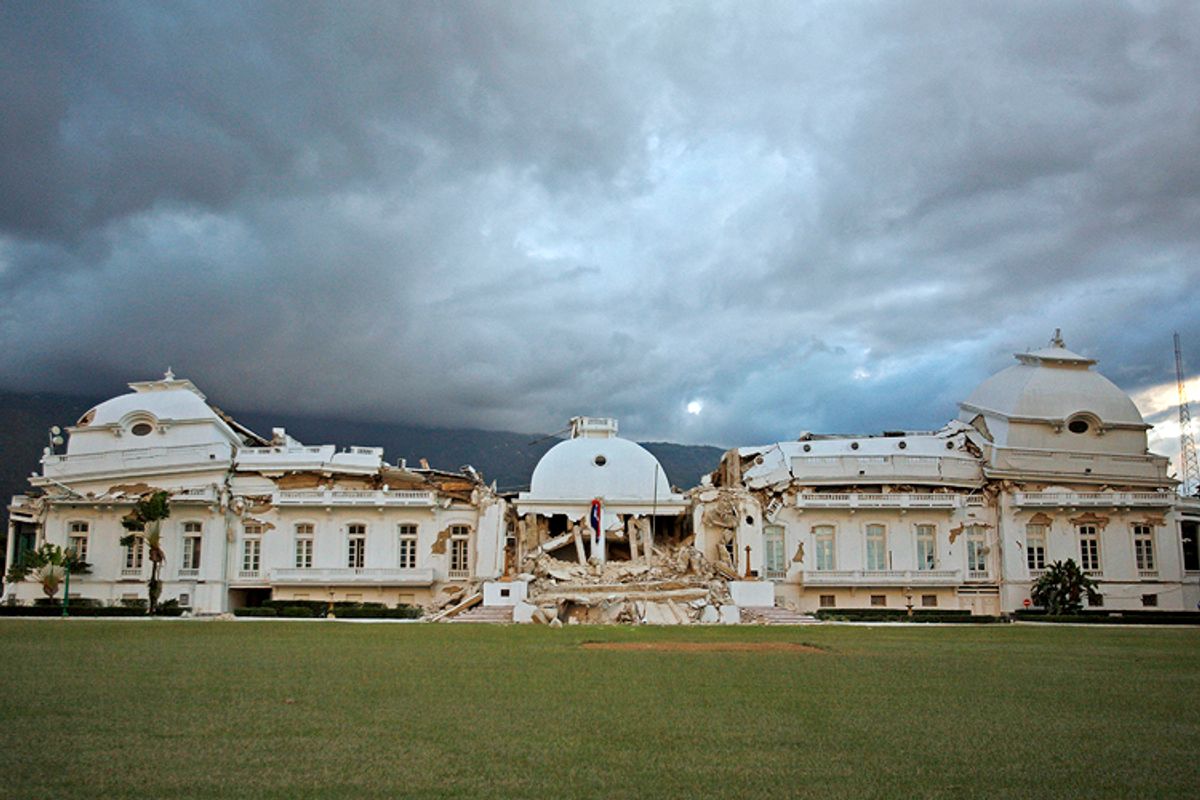 In the hours following the tragic 7.0 earthquake in Haiti on Tuesday, we were all inundated with images of damage, both human and architectural -- from injured children to piles of corpses, from flattened shantytowns to the crumpled national palace. Even with all the imagery, the devastation is hard to fathom from the outside. But in the meantime, the world has rallied. The surviving Haitians are tending to each other in a host of ways. Cities and nations have mobilized workers and supplies. Prayer vigils, donation drives and fundraisers are being held in towns large and small around the globe. These are pictures of a world banding together to help a nation in need.