Before the polls in Massachusetts are even closed, Democrats search wildly for someone to blame 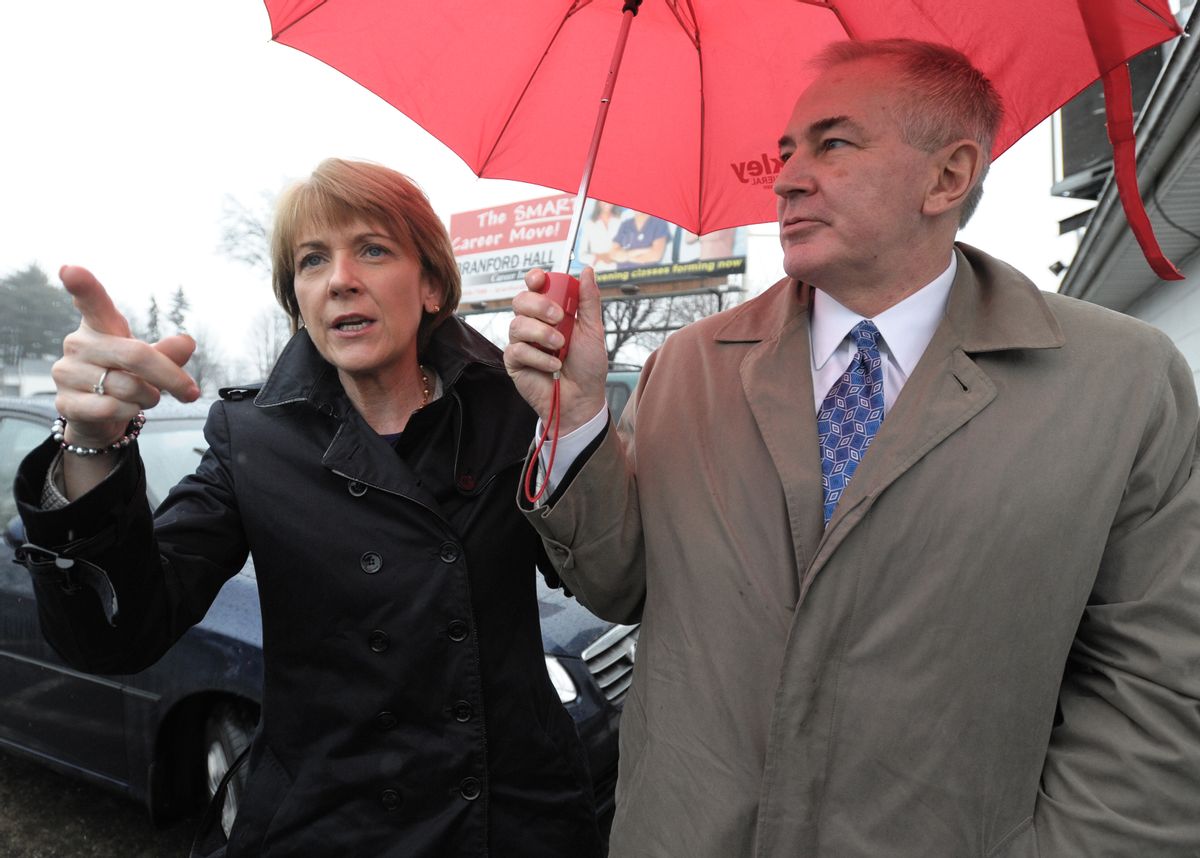 All this trouble would have been avoided if John Kerry had never run for president in 2004.

By the end of the week, that's likely to be about the only recrimination left unsaid by Democratic operatives, if Massachusetts Attorney General Martha Coakley goes on to lose a race tonight for a Senate seat that Republicans hadn't held since 1952. The special election that could propel Scott Brown to Washington was only held, after all, because the state Legislature changed the way Senate vacancies are handled for fear that Kerry would win and move up to the White House -- leaving Massachusetts' Republican Gov. Mitt Romney to appoint someone else to fill the seat. (The Legislature changed the law again last summer, but only enough to let Democratic Gov. Deval Patrick appoint a temporary placeholder until Tuesday's election.) The way things were going Tuesday, soon enough Democrats will have blamed everyone else.

Even before the polls closed Tuesday, Coakley's campaign began feuding with D.C.-based Democrats over whose fault the whole mess was. "National Dems failed to aid Coakley until it was too late," a memo from Coakley advisors circulating in Washington read. "Brown capitalized on concerns about national Democrats." That prompted this furious response from one senior Democratic official: "The candidate in this race and the campaign have been involved in the worst case of political malpractice in memory and they aren't going to be able to spin themselves out of this with a memo full of lies."

Anyone who wasn't on Coakley's payroll seemed to look at the Massachusetts situation and see something that could have been avoided. ("I'm glad I didn't have anything to do with this race," one Democratic pollster told Salon early Tuesday evening.) Coakley barely campaigned after winning the primary in December, opting for a Rose Garden-esque strategy that relied on building an air of inevitability. Instead of going out and persuading voters to send her to the Senate, Coakley acted like she was already there. One source says Coakley didn't commission a single poll between mid-December and New Year's Day -- which would be a shocking failure to try to figure out where the race stood. Though Coakley consultants circulated yet another memo that disputed that, it had become conventional wisdom by late afternoon. Democratic officials made sure the extent of the get-out-the-vote operation the national party helped put together was clear -- Organizing for America, an offshoot of the Democratic National Committee, made 1.2 million calls into Massachusetts on Coakley's behalf.

The White House tried to stay out of the fray, with press secretary Robert Gibbs doing his best to punt all the "what does it mean?" questions off until Wednesday (or, if he could find a way to escape, even longer). But Democrats sympathetic to the Obama administration were happy to bash Coakley. "If you do not take it seriously, and if you take voters for granted, and if you come across as kind of entitled, you will lose," one strategist said. "The reality is that the ads attacking her didn't show Barack Obama -- they showed Deval Patrick. If this was a referendum on Barack Obama, presumably [Republicans] would have put Obama in the ads; if they put Obama in the ads, she'd probably be winning."

But just like any winning campaign can find 1,000 different ways to take credit, a losing campaign has more than one reason things went south. (And yes, Coakley could still win, but most strategists appeared to be operating under the assumption she wouldn't.) Coakley proved she had an unerring knack for alienating voters in the closing days of the race -- mocking Brown for shaking hands outside a hockey game at Fenway Park, calling Boston Red Sox legend Curt Schilling a Yankees fan. Still, there were some warning signs that go beyond just having a bad candidate. One late poll showed Brown picking off 20 percent of Obama voters -- people who helped the president take the oath of office only 364 days ago. " This is a hard one to spin out of," said one senior Democratic aide on Capitol Hill. "A, it's 60 votes. B, it's [traditionally deep blue] Massachusetts. C, it's Kennedy's seat. D, they've had Clinton and Obama [campaigning for Coakley]." Another Democrat, working on another campaign, grumbled that even losing Massachusetts might not make it entirely clear to the White House how dissatisfied some voters are with the state of the country.

Again, it's worth bearing in mind that all the backbiting got started -- and got this bad -- before the polls closed. What Wednesday morning will bring, if Coakley does indeed go on to lose, will be even uglier. Which isn't exactly going to help the Democratic cause in November's elections, just nine months away. A year ago, Republicans looked lost, facing their own circular firing squad, and now they're the ones boasting. Democrats won't have as much time as the GOP did to pull off a similar reversal of fortune.