Team Coco takes to the streets

The latest in the late-night dustup: Fans rally for Conan, while Leno gets earnest 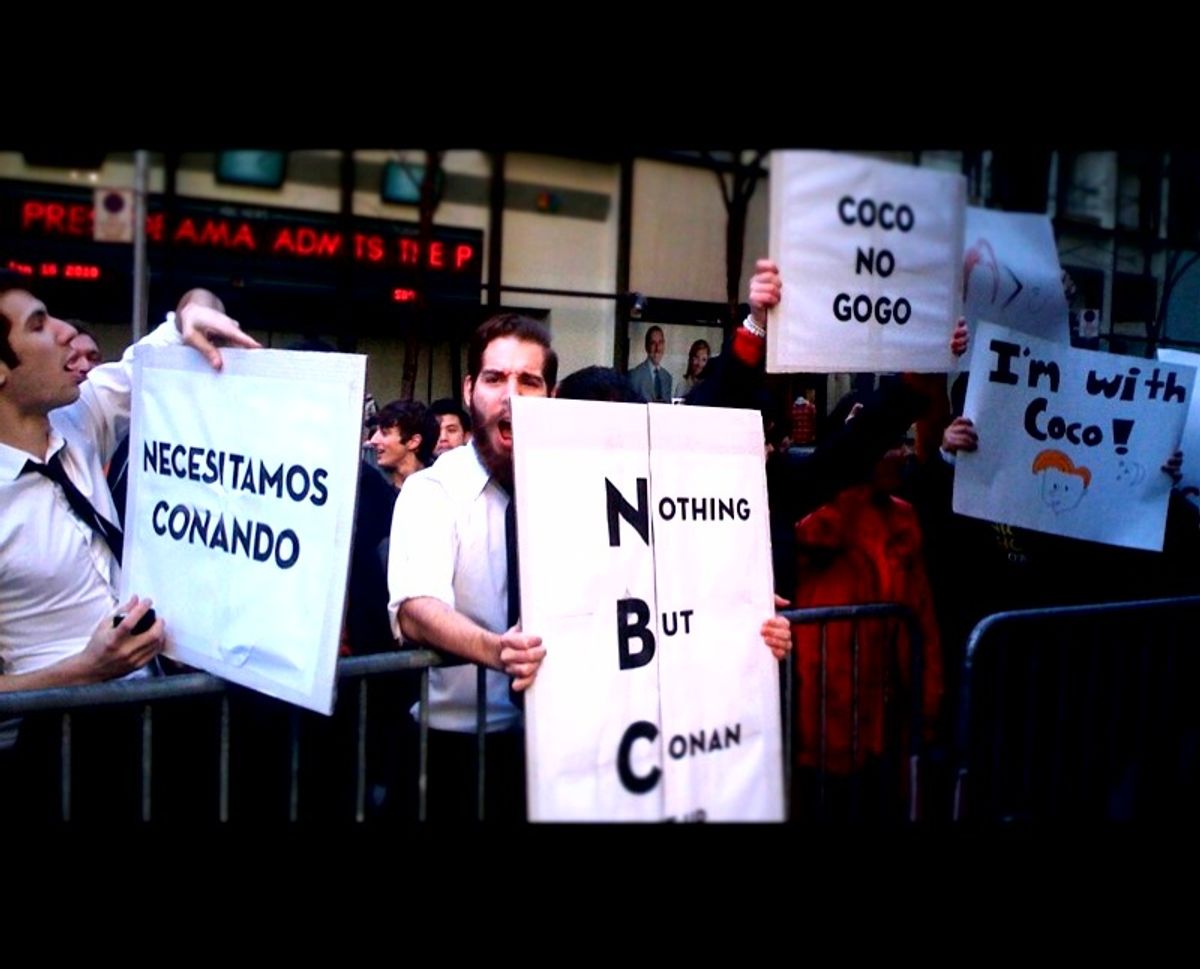 As the Conan O'Brien version of  "The Tonight Show" death-marched into what looks to be its final week, both Leno and O'Brien came out swinging, and fans took their disgust with NBC to the streets.

"I'm With Coco" rallies took place on Monday. Outside Conan's show's former home at 30 Rock in Manhattan, fans chanted, "We want Coco! Jay's too vanilla!" while similar cries were heard at protests in Chicago and Los Angeles (where Coco himself showed up).

On his show, meanwhile, O'Brien continued to all but torch the set, responding to the rumor that he's not permitted to say anything negative about his employer by singing, "Mor-ons! Incompetent mor-ons! La di di di!" Then, one-upping his Friday posting of his whole show for sale on Craigslist, he offered himself -- a "tall, slender redhead available for nighttime recreation." (Meanwhile, TMZ reports that Conan is close to inking a $32.5 million deal with NBC.)

For his part, Leno (whose employer is no doubt winning big sympathy by prominently displaying a feature on Jay's massive collection of vintage Fiats on NBC.com) sat down and directly addressed his audience about the dustup, the crux of which was summed up when he said, "Conan’s show during the summer, we’re not on, was not doing well. The great hope was that we would help him .... I wasn't getting the ratings. He wasn't getting the ratings. That was NBC’s solution. It didn’t work. " It was plainspoken, direct, and probably mostly true. It was also Leno doing what Leno does best -- not being funny. What is however pretty amusing -- as Time's James Poniewozik pointed out this morning -- is the way Team Conan has already categorized the clip on Hulu. Click on "tags" at the bottom and enjoy.