The crime of not "Looking Backward" 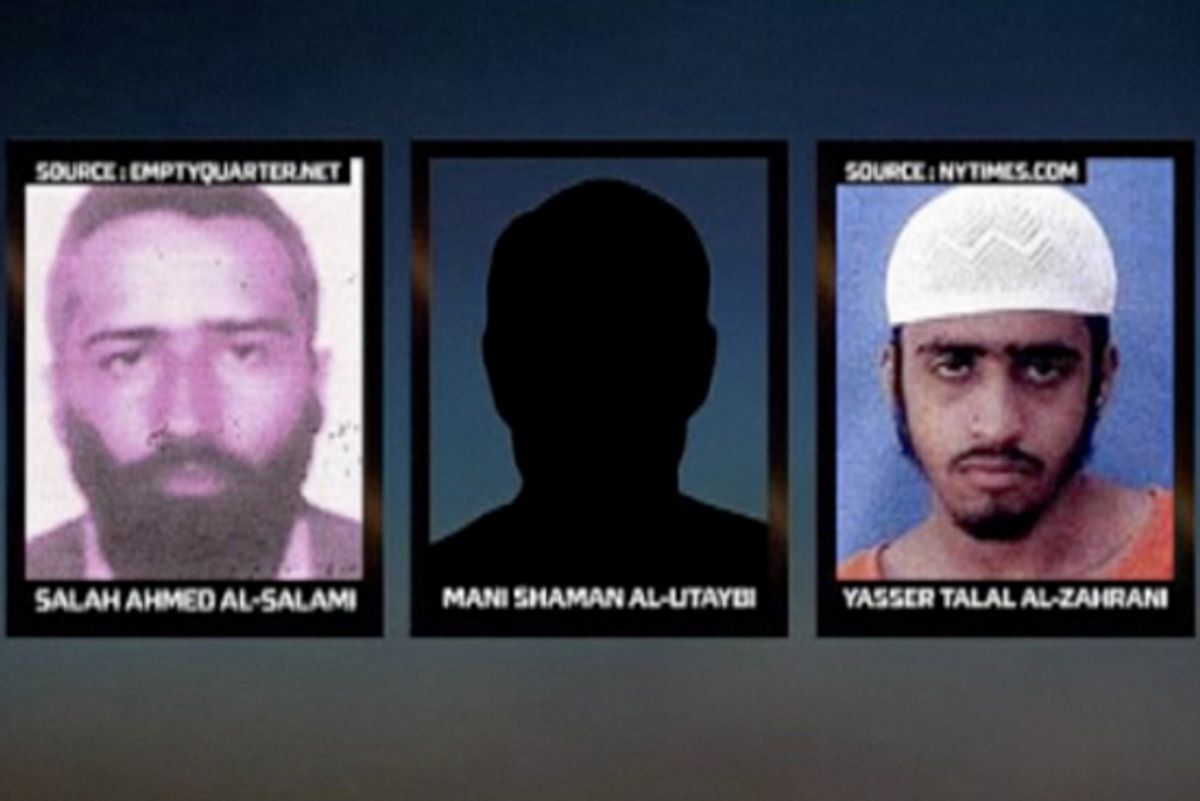 In early December, a report from Seton Hall University cast serious doubt on the government's claims regarding the alleged simultaneous "suicides" of three Guantanamo detainees in June, 2006.  I wrote about that report here.  Yesterday, Harper's Scott Horton published an extraordinary new article casting even further doubt on the official version of events, compiling new, stomach-turning evidence (much of it from Guantanamo guards) strongly suggesting (without proving or concluding) that those detainees were tortured to death, and those acts then covered-up by making their deaths appear to be suicides.  Scott's article should be read in its entirety, though Andrew Sullivan has highlighted some of the critical revelations, including the motives of the whistle-blowing guards and the details of the torture to which these detainees were subjected.

I want to note two points from all of this:

(1) The single biggest lie in War on Terror revisionist history is that our torture was confined only to a handful of "high-value" prisoners.  New credible reports of torture continuously emerge.  That's because America implemented and maintained a systematic torture regime spread throughout our worldwide, due-process-free detention system.  There have been at least 100 deaths of detainees in American custody who died during or as the result of interrogation.  Gen. Barry McCaffrey said:  "We tortured people unmercifully. We probably murdered dozens of them during the course of that, both the armed forces and the C.I.A."  Gen. Antonio Taguba said after investigating the Abu Ghraib abuses and finding they were part and parcel of official policy sanctioned at the highest levels of the U.S. Government, and not the acts of a few "rogue" agents:  "there is no longer any doubt as to whether the current administration has committed war crimes.  The only question that remains to be answered is whether those who ordered the use of torture will be held to account."

Despite all of this, our media persists in sustaining the lie that the torture controversy is about three cases of waterboarding and a few "high-value" detainees who were treated a bit harshly.  That's why Horton's story received so little attention and was almost completely ignored by right-wing commentators:  because it shatters the central myth that torture was used only in the most extreme cases -- virtual Ticking Time Bomb scenarios -- when there was simply no other choice.  Leading American media outlets, as a matter of policy, won't even use the word "torture."  This, despite the fact that the abuse was so brutal and inhumane that it led to the deaths of helpless captives -- including run-of-the-mill detainees, almost certainly ones guilty of absolutely nothing -- in numerous cases.  These three detainee deaths -- like so many other similar cases -- illustrate how extreme is the myth that has taken root in order to obscure what was really done.

(2) Incidents like this dramatically underscore what can only be called the grotesque immorality of the "Look Forward, Not Backwards" consensus which our political class -- led by the President -- has embraced.  During the Bush years, the United States government committed some of the most egregious crimes a government can commit.  They plainly violated domestic law, international law, and multiple treaties to which the U.S. has long been a party.  Despite that, not only has President Obama insisted that these crimes not be prosecuted, and not only has his Justice Department made clear that -- at most -- they will pursue a handful of low-level scapegoats, but far worse, the Obama administration has used every weapon it possesses to keep these crimes concealed, prevent any accountability for them, and even venerated them as important "state secrets," thus actively preserving the architecture of lawlessness and torture that gave rise to these crimes in the first place.

Every Obama-justifying excuse for Looking Forward, Not Backwards has been exposed as a sham (recall, for instance, the claim that we couldn't prosecute Bush war crimes because it would ruin bipartisanship and Republicans wouldn't support health care reform).   But even if those excuses had been factually accurate, it wouldn't have mattered.  There are no legitimate excuses for averting one's eyes from crimes of this magnitude and permitting them to go unexamined and unpunished.  The real reason why "Looking Forward, Not Backwards" is so attractive to our political and media elites is precisely because they don't want to face what they enabled and supported.  They want to continue to believe that it just involved the quick and necessary waterboarding of three detainees and a few slaps to a handful of the Worst of the Worst.  Only a refusal to "Look Backwards" will enable the lies they have been telling (to the world and to themselves) to be sustained.  But as Horton's story illustrates, there are real victims and genuine American criminals -- many of them -- and anyone who wants to keep that concealed and protected is, by definition, complicit in those crimes, not only the ones that were committed in the past, but similar ones that almost certainly, as a result of Not Looking Backwards, will be committed in the future.

Horton was on Countdown last night, and he and Keith Olbermann did a rather good job of laying out the facts, including the Obama administration's refusal to investigate any of this:

UPDATE:  On his Harper's blog, Horton describes the stonewalling and non-responsive denials issuing from military authorities and the Justice Department.