Farewell, Air America, when we need it most

It hurts to lose Ted Kennedy's Senate seat, healthcare reform and a progressive media voice all in the same week 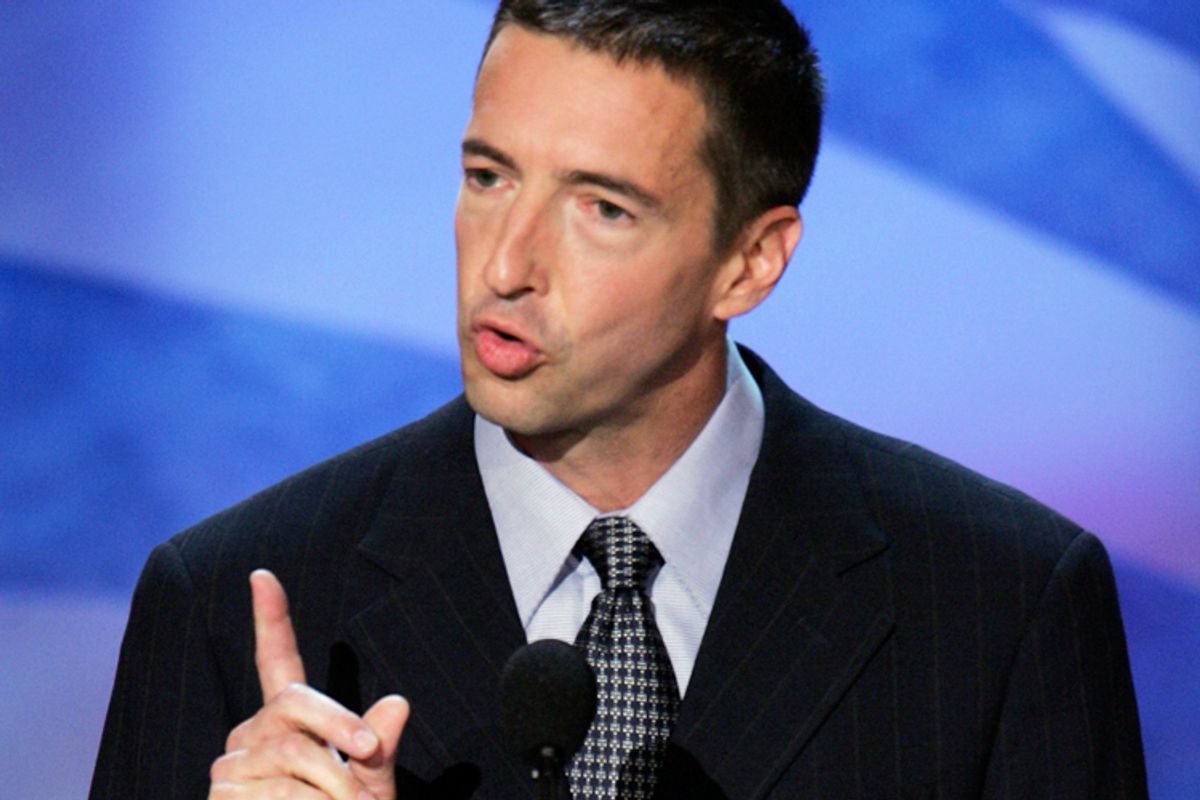 The conservative wing of the Supreme Court has brazenly revealed its corporatist agenda; President Obama may have found a populist voice with which to hector Wall Street; having given away Ted Kennedy’s old Senate seat to a former Cosmo centerfold, Democrats are preparing to roll over on health insurance reform; and without doubt, Rush Limbaugh is making a complete ass of himself. Yet, for the first time in over a year, I won’t be able to talk about any of this on the radio. Air America, the long-suffering progressive talk radio network that carried my show, is no more.

They pulled the plug Thursday afternoon, but the patient was a perennial intensive-care case. From its inception, the network faced an uphill fight. While right-wing talk radio enjoys enormous corporate support, lefty chat has always been a harder sell. Charlie Kirecker, the chairman of Air America Media, did his best to move mountains over the last few weeks, but it’s tough shoveling with a teaspoon. At times it looked as if investors might be found who could accept losses over the midterm in hopes that the company would eventually turn around and show a profit. In the end, though, what Charlie somewhat euphemistically called “a very difficult economic climate” combined with the tenuous prospects of talk radio in general and AA’s admittedly checkered history gave even the most promising suitors pause.

So, just when the left could use it most, a platform for progressive thought and opinion disappears.

These are strange days for the nation, the Democratic Party and progressives in particular. Having elected a fresh, dynamic, forward-thinking young president with a mandate for real systemic change, we’re seeing way too much of the same old same old. Democrats control both houses of Congress, yet seem incapable of overcoming minority party intransigence. Worse, there is growing suspicion they don’t really want to. An anonymous Senate staffer has sent an e-mail to the Web site Talking Points Memo observing that the mood among many elected Dems in the wake of Scott Brown’s victory in Massachusetts is one of relief -- now they have a ready excuse for failure. Are the words "cowardly" and "obscene" floating through your mind?

Failure isn’t an option. The Supreme Court has just opened the door to unfettered corporate cash in our political system. You think thwarting the influence of special interests is difficult now? Wait till lobbyists begin openly threatening already timorous lawmakers with multimillion-dollar attack-ad campaigns. Dissatisfied with the weak attempts to rein in the depredations of the private health insurance industry? Before long, giving up the public option will look like a profile in courage. Time to get cozy with your preexisting condition. Angry with President Obama for squirming away from some of his campaign promises? Think you can teach him and his party a lesson by voting Republican in the next cycle -- or not voting at all? Say hello to President Palin and her secretary of state, Glenn Beck.

Obama came to office pledging to reform not only healthcare but the entire way business is conducted in Washington. But to reform a system you have to expose it. Names must be named, shady practices revealed; the money must be followed. That’s a tall order, and it’s far from clear that the president, for all his brains and eloquence, can fill it. That’s why progressive media outlets are so important. Without them, where would you hear the contrary (and, more often than not, correct) economic prognostications of Joseph Stiglitz and Dean Baker? Who will call out the most egregious lies of the right? Where will it be revealed that the opponents of marriage equality for gay Americans cannot identify a single concrete harm that would befall our nation should their bigoted efforts fail? Or that the new strategy for Afghanistan makes little rational sense?

Air America was not alone. The voices of progressive media figures like Rachel Maddow, Keith Olbermann, Ed Schultz, Thom Hartman and Randi Rhodes can still be heard. Off the airwaves, there's still Salon, Talking Points Memo, the Huffington Post and the vital progressive blogosphere. With a bit of luck, I and some other Air America hosts will be back on the air before long. Let’s hope so. Progressives -- and the rest of America -- can use all the help we can get.