What the Mad-As-Hell folks could do

Republicans and Democrats are scrambling to embrace the new grass-roots anger. But do they get it? 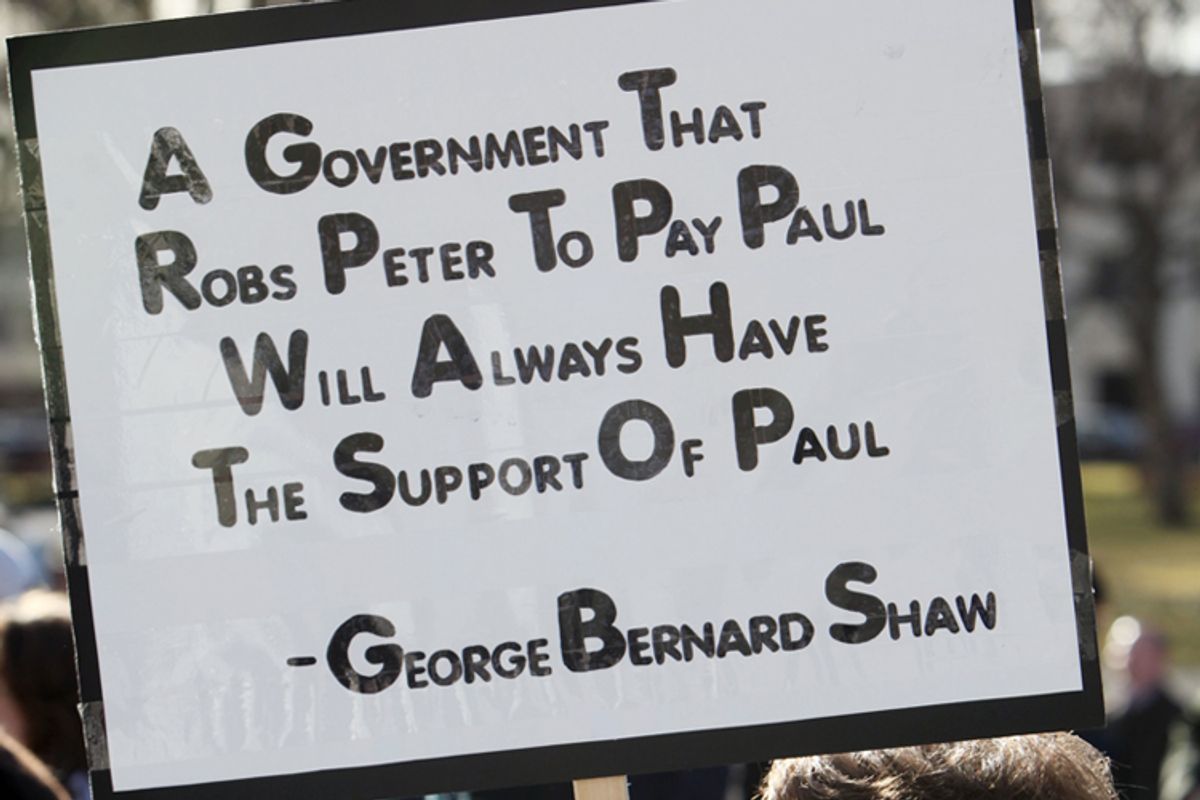 A third political party is emerging in America. Call it the I’m-Mad-As-Hell party.

It’s a mistake to see the Mad-As-Hell party as just a right-wing phenomenon – the so-called tea partiers now storming the gates of the Republican Party. There are plenty of mad-as-hellers on the left as well -- furious at Wall Street, health insurers, pharmaceutical manufacturers, and establishment Democrats.

First it was TARP, the giant bank bailout that seems to have made Wall Street flush again -- so flush the Street is now distributing giant bonuses as if the crash it brought on never happened.

Then came the stimulus package, replete with earmarked goodies for every corporation big enough to hire a team of Washington lobbyists.

And then it was healthcare, which to some people looked like a sweetheart deal between government and Big Pharma and big health insurers.

To the Mad-As-Hell party, the biggest event last week wasn’t Scott Brown’s upset victory in Massachusetts. It was the Supreme Court’s decision in Citizen’s United v. the Federal Election Commission, allowing corporations to spend however much they want on political campaigns. True mad-as-hellers see this as inviting even more collusion between big business, Wall Street, and big government -- and against the rest of us.

With the midterm elections months away, both Republicans and Democrats are scrambling to embrace the Mad-As-Hell party as their own. Republicans are hoping the mad-as-hellers forget the gushing corporate welfare of the Bush administration and the last Republican Congress. And Democrats have become born-again economic populists, blaming the nation’s problems on the same "fat cat" bankers and corporate lobbyists they’ve been cozying up to for years.

If the Mad-As-Hell party helps get money out of politics it will do a world of good. I might even join up. But if it just fulminates against the establishment, forget it. Wrecking balls are easy to wield. Rescuing our democracy is hard work.