When Vice President Biden's son opts out of the 2010 Senate elections, is it a sign of apocalypse? 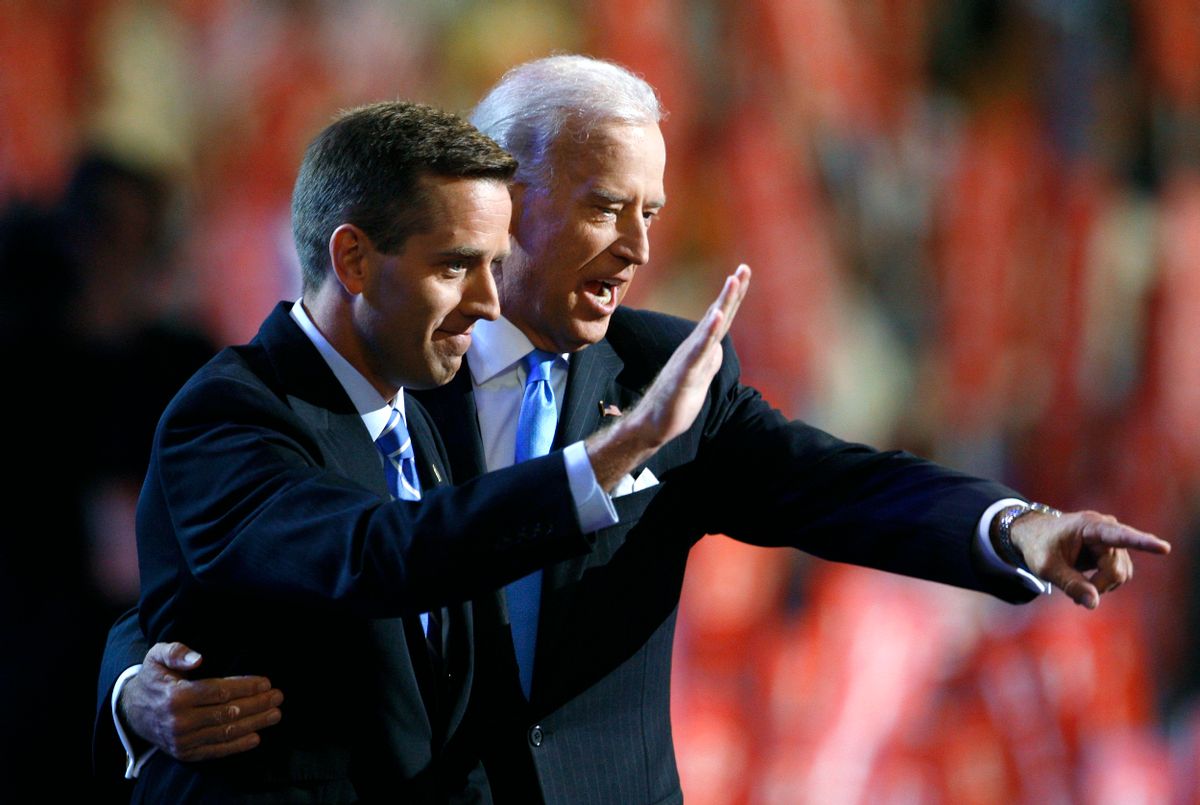 This weekend was supposed to help Democrats get past one of the worst weeks they've had in a long time. Maybe, come Friday evening, the political world would stop obsessing over the Massachusetts Senate race and the stalemate that healthcare reform now finds itself bogged down in. Things would change this week -- the worst was behind them, President Obama would give the State of the Union address and the full-blown panic over the November elections might subside a little.

The new week had barely dawned before a longtime Blue Dog Democrat had decided to pack in his reelection campaign in Arkansas. In Delaware, Vice President Biden's son Beau had put out word that as nice a prospect running for his dad's old Senate seat was, he'd rather stay in his current job, thanks. In New York, former Tennessee Rep. Harold Ford Jr. inched closer to a primary challenge against Sen. Kirsten Gillibrand that the party establishment wants desperately to dodge. And by the end of the day, Obama was telling Diane Sawyer that he'd "rather be a really good one-term president than a mediocre two-term president." Panic, please continue -- a little louder, if possible.

Coming right after the Massachusetts election, Berry's retirement was bad enough. He, for one, appeared to endorse the freaked-out reaction to all the bad news. "I just began to have flashbacks to 1993 and '94," Berry told his hometown paper, the Arkansas Democrat-Gazette. True, more Republicans than Democrats have announced they won't run for their House seats this year -- but the gap is shrinking fast, and the House GOP is boasting that it may be able to recruit candidates to run in all 435 districts. Republican aides are constantly mocking Democratic claims that the House majority isn't in danger, pointing out that the GOP said the same thing in January 2006 -- a mere 10 months before the Democrats won control. "No Democrat is safe," said Ken Spain, a spokesman for the House GOP campaign committee.

But the Biden announcement was the real blow. There wasn't originally supposed to be any doubt at all he'd be running; the guy who's in the office now, Sen. Ted Kaufman, was appointed after Obama and Biden won in 2008 for the explicit purpose of keeping the seat warm until Beau Biden could come take it over. Republican Rep. Mike Castle -- a relative moderate who's been winning statewide races for one job or another since 1980 -- was going to be a tough Senate opponent, but observers pretty widely figured Biden could pull it out and keep the seat in Democratic hands.

Instead, Castle looks likely to cruise to election. Every political analyst in Washington instantly shifted his or her prediction for Delaware to "solid Republican." (Yes, Democrats have a possible backup candidate, New Castle County executive Chris Coons, but he hasn't even officially entered the race yet.) And privately, Democrats grumbled a little more about a White House political operation that has openly admitted it was slow to see trouble looming in Massachusetts. If they couldn't even get the vice-president's own son to run, how much help will the administration be in November for anyone else?

The White House tried its best to dodge that particular piece of intramural warfare. As far as the administration was concerned, the explanation Beau Biden gave -- that he felt an obligation as attorney general to stick with his office's prosecution in a horrific child abuse case -- was all anyone needed. (It's also probably true that, politically, walking away from that case would have been a major blunder in the Senate campaign.) "The president was very encouraging and asked the vice-president to pass along to Beau his belief that Beau would win" if he ran, one administration official said. No, Obama didn't call the younger Biden to ask him to get into the race. But it's not clear how much that would have helped if he had. "I think Beau is his own man," said Larry Rasky, a longtime Biden advisor. "The vice-president would tell you that." Another source familiar with the family's discussions says Beau had made up his mind not to run over the holidays, but put off the announcement after the vice-president's mother fell ill and died, and then delayed it until after the Massachusetts election -- to try to avoid making Democrats panic about the political climate. Which, of course, is exactly what they did as soon as he finally did make his intentions public.

All that means that, as it often goes in politics, at least some of the current bad news for Democrats just comes down to bad luck. Berry, for instance, has been sick and said health concerns played a part in his decision to retire. If the timing had been slightly different, or if they hadn't both popped their news on the same day, neither Biden nor Berry would have seemed quite so perilously close to being the straw that breaks the Democratic majority's back.

The problem is that perception has a way of becoming reality in election years; when everything looks like it's going wrong for Democrats, it's hardly a surprise when more trouble pops up. The stakes were already high enough for Wednesday's State of the Union speech. By the time Obama shows up in the House chamber to address Congress, quite a few Democrats may be a little more worried about the state of their party.