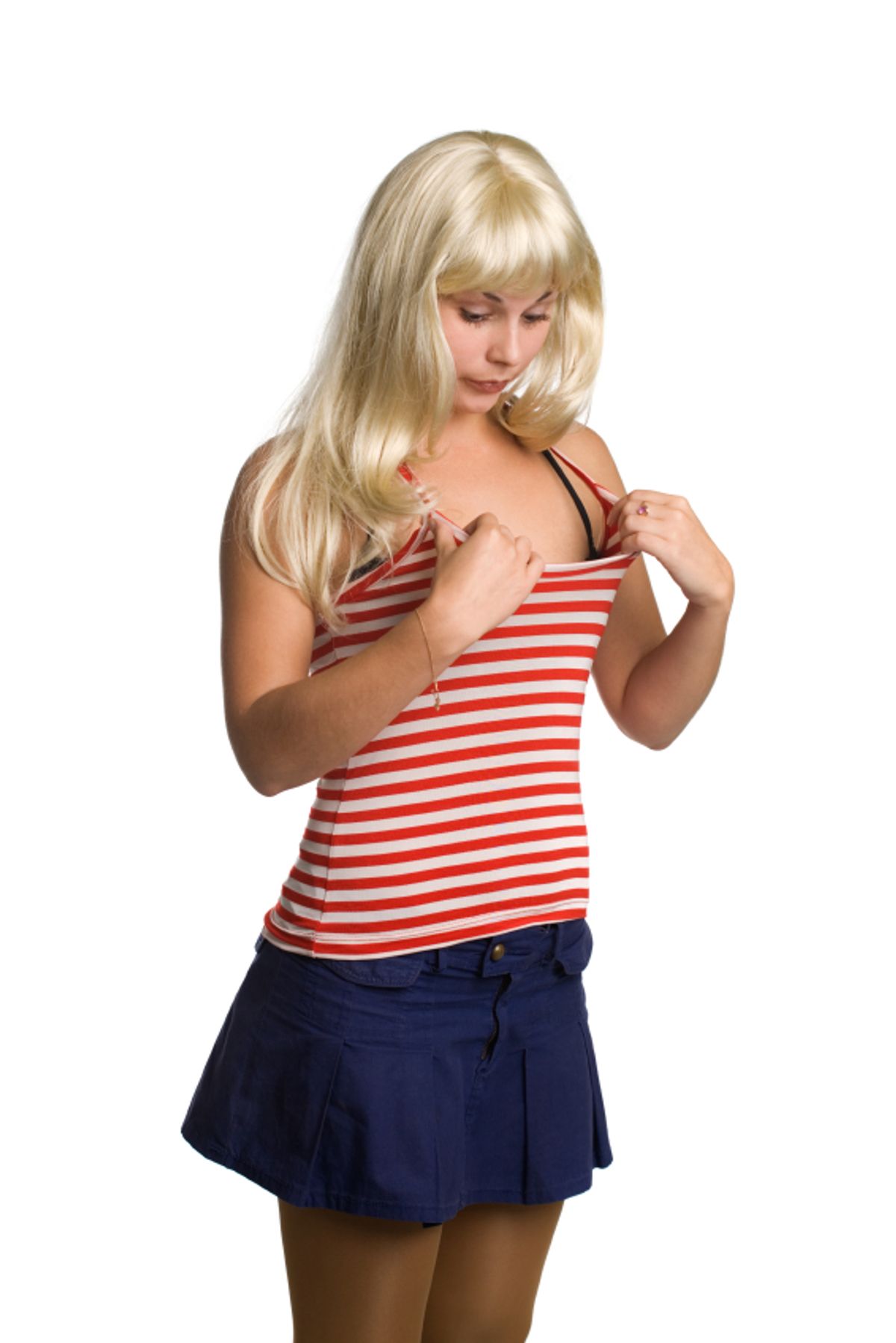 A woman looking on her breast, isolated on white
--

Recently Australia has led a newly energized crackdown on restricted materials -- one that allegedly bans depictions of female ejaculation and, more provocatively, "small-breasted women in adult publications and films." Led by the youth advocacy group Kids Free 2B Kids, the campaign didn't sit well with the political activist group the Australian Sex Party, who wrote on their Web site, "We are starting to see depictions of women in their late 20s being banned because they have an A cup size. It may be an unintended consequence … but they are largely responsible for the sharp increase in breast size in Australian adult magazines of late." Yes. That must explain the popularity of big breasts in porn.

A slew of media stories ensued about Australia's newfound discrimination against the itty bitties, but the truth of the story is more complex. Kids Free 2B Kids has been pushing for a ban on "corner store mags that encourage sex with minors" for well over a year. On the group's Web site, the organization's director Julie Gale condemns those periodicals that "encourage the sexual penetration of under-age girls and some of the video/DVD advertisements validate crimes such as incest and rape." She's got a legal leg to stand on here – the Australian National Classification code already restricts images that "describe or depict in a way that is likely to cause offence to a reasonable adult, a person who is, or appears to be a child under 18 - whether the person is engaged in a sexual activity or not." (That purported nixing of female ejaculation seems to be a similar straw man -- it appears to refer to the Board's already-in-place ban on depictions of urine or excrement in sexual conduct.)

Well-intentioned though the Australian code -- and the Kids Free 2B Kids campaign may be -- how practical is it? Can the government really crack down on pigtails and school uniforms? Speaking to the Australian free speech blog Somebody Think of the Children, Australian Classification Board director Donald McDonald said that a person's "appearance," as well as the "context" of the images would determine the board's decisions. In other words, it's not about bra size. If you appear under 18 in Australia, that's tantamount to being under 18. But small-breasted and obviously in your 30s? Right this way! It's got to be a hell of a job figuring that one out.