Finally, liberals and Palin agree on something: Fire Rahm

The former V.P. candidate issues a Facebook call for the White House to fire chief of staff Rahm Emanuel 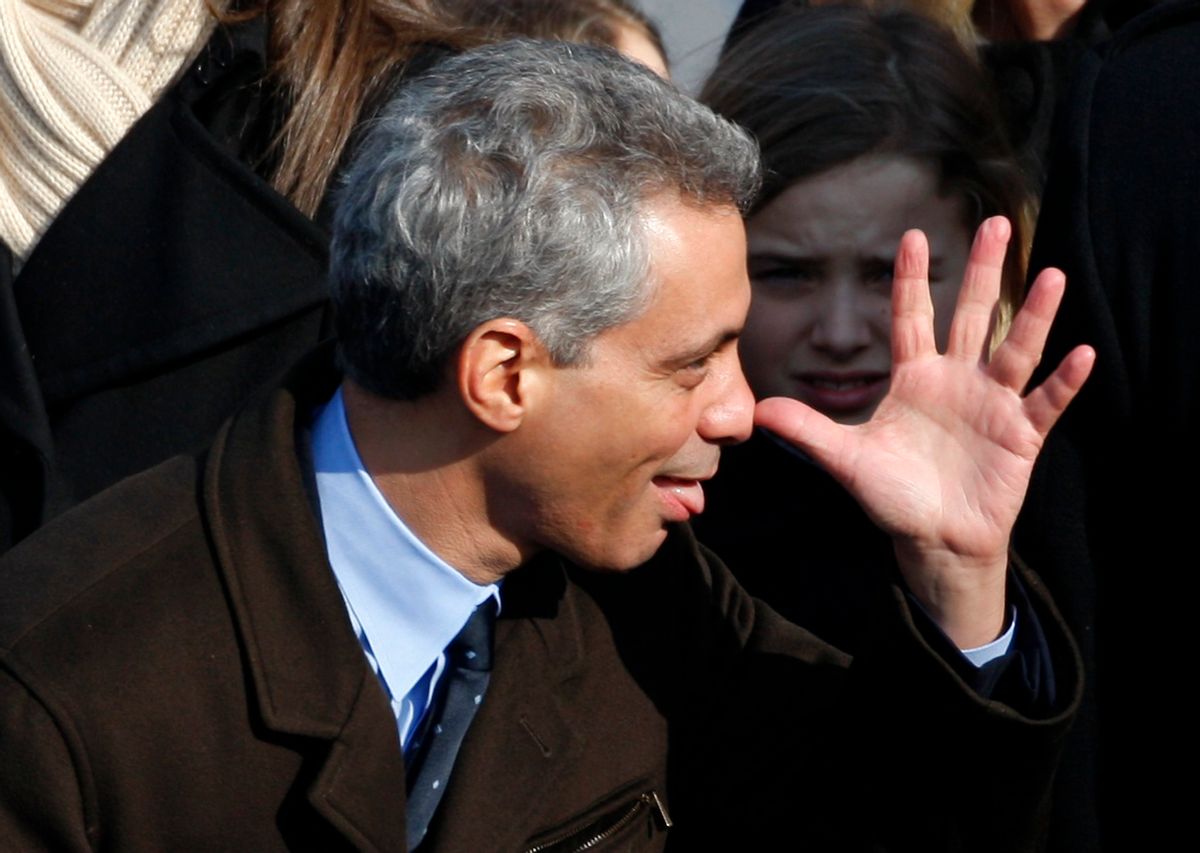 Incoming White House Chief of Staff Rahm Emanuel gestures prior to the inauguration ceremony of Barack Obama as the 44th President of the United States, in Washington, January 20, 2009. REUTERS/Jim Young (UNITED STATES) (Reuters)
--

President Obama promised he'd find a way to unite often-warring political factions. Finally, some concrete proof arrived Tuesday that he's managed to do just that: Sarah Palin has joined some prominent liberal bloggers in calling for Obama to fire his chief of staff, Rahm Emanuel.

Both Palin and the blogs were upset by comments reported in a profile in the Wall Street Journal last week. The paper quoted Emanuel telling a group of progressives at a strategy session on healthcare reform, held last August, that they were being "fucking retarded" if they carried out plans to run ads attacking conservative Democrats who opposed parts of the reform bill.

Of course, the line bothered liberals because it underscored Emanuel's typical refusal to see the world they way they do. "It's like watching a sixth grader snatch the lunch money from a kindergartner for calling him a bully," Jane Hamsher wrote on FireDogLake. "The day that becomes 'tough' is the day Rahm fits the bill." Hamsher had already been calling for Emanuel to get the boot, joining up with, of all people, conservative activist Grover Norquist (the guy who wants government to be small enough to "drown it in the bathtub") in December to call for the Justice Department to investigate him.

Palin, on the other hand, was infuriated by Emanuel's quote because of her child with Down syndrome. "Just as we'd be appalled if any public figure of Rahm's stature ever used the "N-word" or other such inappropriate language, Rahm's slur on all God's children with cognitive and developmental disabilities -- and the people who love them -- is unacceptable, and it's heartbreaking," she wrote on her Facebook page.

But for all Palin's outrage, it's worth noting that she didn't respond to the quote until a week after it appeared in print -- by which point Emanuel had long since already expressed regret for his choice of words. Last Wednesday, the White House says, he called Tim Shriver, the chairman of the Special Olympics and an outspoken opponent of the casual use of "retard" as a slur, to apologize. "The White House remains committed to addressing the concerns and needs of Americans living with disabilities and recognizes that derogatory remarks demean us all," a White House official told Salon.

Meanwhile, liberals -- the people who Emanuel first yelled at in August -- probably shouldn't hold their breath for an apology any time soon. Emanuel may be sorry he called anyone "retarded," but "fucking" makes up a significant part of his vocabulary, and no one at the White House is saying he regrets the general sentiment the Wall Street Journal captured him expressing.