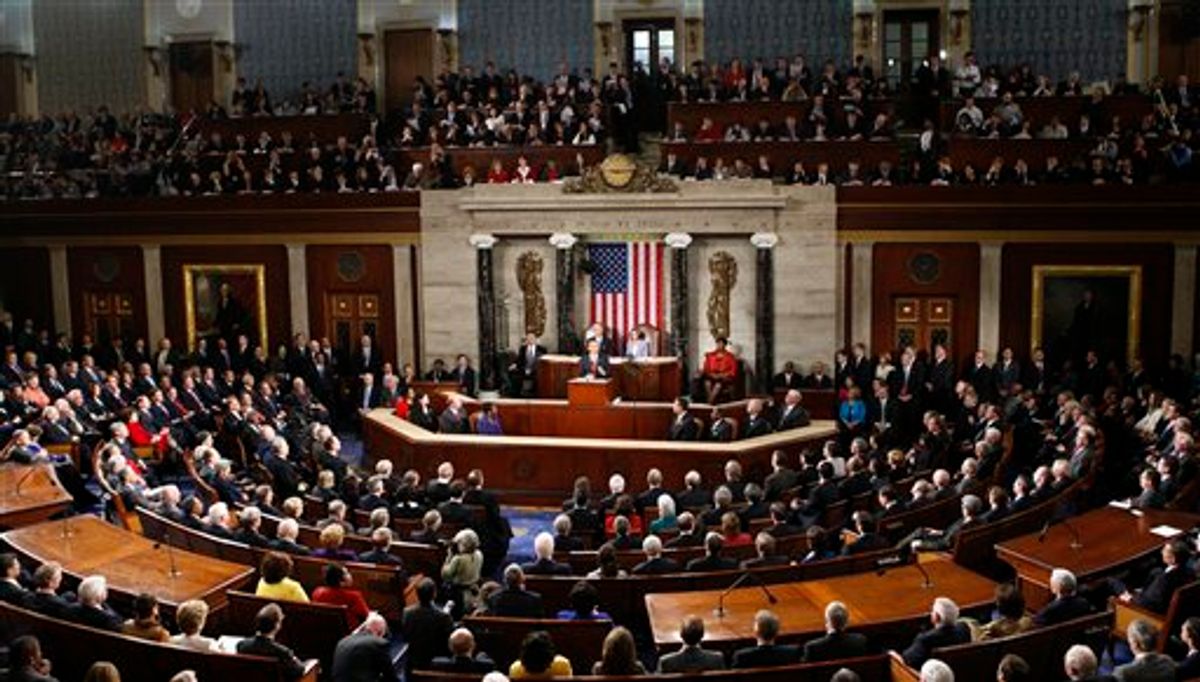 I wish conservatives would stop complaining about big government and start worrying about the real problem -- small democracy. I wish we’d all worry more about our incredible shrinking democracy.

It seems as if more and more decisions that should be made democratically are being shunted off somewhere to a few people who make them in back rooms. Which programs should be cut, which entitlements pared back, and what taxes raised in order to reduce the long-term budget deficit? Hmmm. Let’s convene a commission and have them decide.

Commissions are a default mechanism when politicians want to hand off difficult issues to "experts." But reducing the long-term budget deficit has almost nothing to do with expertise. It’s about our nations’ values and priorities. Nothing could be more central to the democratic process.

Democracy requires at least three things: (1) Important decisions are made in the open. (2) The public and its representatives have an opportunity to debate them, so the decisions can be revised in light of what the public discovers and wants. And (3) those who make the big decisions are accountable to voters.

But these principles are in retreat, and I say this not just because of the proposed deficit commission.

The notorious Troubled Assets Relief Program (TARP) began with a virtual blank check from Congress. Treasury officials then secretly decided which companies were to receive hundreds of billions of dollars. Why these particular entities were chosen and not others remains a mystery. For months, the Treasury didn’t even disclose the identities of the major banks that giant insurer AIG repaid with its bailout money -- 100 cents on each dollar AIG owed them.

The Federal Reserve, meanwhile, has gone far beyond its traditional role of setting short-term interest rates. It has bought up massive amounts of debt -- mortgage debt, Treasury bills, and debt instruments emanating several public agencies, many of them supporting a wide range of private entities. No one outside the Fed knows the ultimate beneficiaries of all this government backing, the criteria used by the Fed for making these commitments, or even how much debt the Fed is buying.

Even if the economic emergency justified such secrecy -- and it’s hard to see exactly why it would – the emergency is over, and yet closed-door decision making continues. Will Treasury use what’s left of TARP to help stimulate more jobs and, if so, how? Will the Fed stop buying mortgage-backed securities? No one knows.

The same pattern is evident on other issues. Congress can’t decide whether or how to limit the pay of financial executives. So where does the issue end up? The Securities and Exchange Commission and the Fed both say they’re going to look at whether pay levels are appropriate. The House and Senate can’t agree on what to do about climate change. Who decides? The Environmental Protection Agency concludes it has authority to regulate carbon emissions under the Clean Air Act.

The debate over healthcare reform looked like democratic deliberation until you realize the key negotiations that framed the deal occurred behind closed doors, between the White House and Big Pharma and Big Insurance. The administration promised these industries some thirty million new paying customers. In return, they agreed not to oppose the plan. Big Pharma even placed a firm limit on how much it would cut its costs over the next ten years -- $80 billion, and not a penny more. How do I know this? Not because this crucial deal was made in public, but because it was leaked to the press.

Personally, I want the government to limit the pay of financial executives, regulate greenhouse gases, and reform health care. And no one wanted a financial meltdown. But I’m appalled by the process that’s been used to reach these objectives.

A big piece of the problem is this: Washington is now so overrun by lobbyists representing moneyed interests that it’s become almost impossible to make policy in the open. If the Treasury and Fed tried to decide publicly which industries and firms should get hundreds of billions, they’d be inundated. Wall Street lobbyists are blocking real financial reform. The energy industry has filled the House’s cap-and-trade bill with special subsidies and exemptions. Big Pharma and Big Insurance would have killed off the healthcare reform if they hadn’t been bought off. When it comes to the long-term deficit, Congress is incapable of acting because so many special interests have their hands out.

But the answer isn’t to give up on democracy. Back-room policy making can succumb to private interests just as easily as lobby-infested legislatures (much of the public suspects the Treasury of being too cozy with Wall Street as it is).

The real answer is to recommit ourselves to cleaning up democracy. Yes, I know: The Supreme Court’s recent grotesque Citizens United vs. Federal Election Commission, which decided corporations are people entitled to First Amendment protection, complicates this. But the goal is still possible to achieve with more public money for congressional and presidential candidates who refuse private funding, more constraints on lobbyists, tighter rules for who must register as a lobbyist, fuller disclosure, and tougher rules on the revolving door between public service and private gain. Yale’s Bruce Ackerman recently came up with another good idea: A $50 tax credit per person, which they can send to the candidate of their choosing.

Yet nobody seems to be talking about these sorts of reforms. They don’t appear on Obama’s agenda. True, they don’t generate lots of public excitement or appreciation, and they’re murderously difficult to enact. But without them our democracy doesn’t stand a chance.