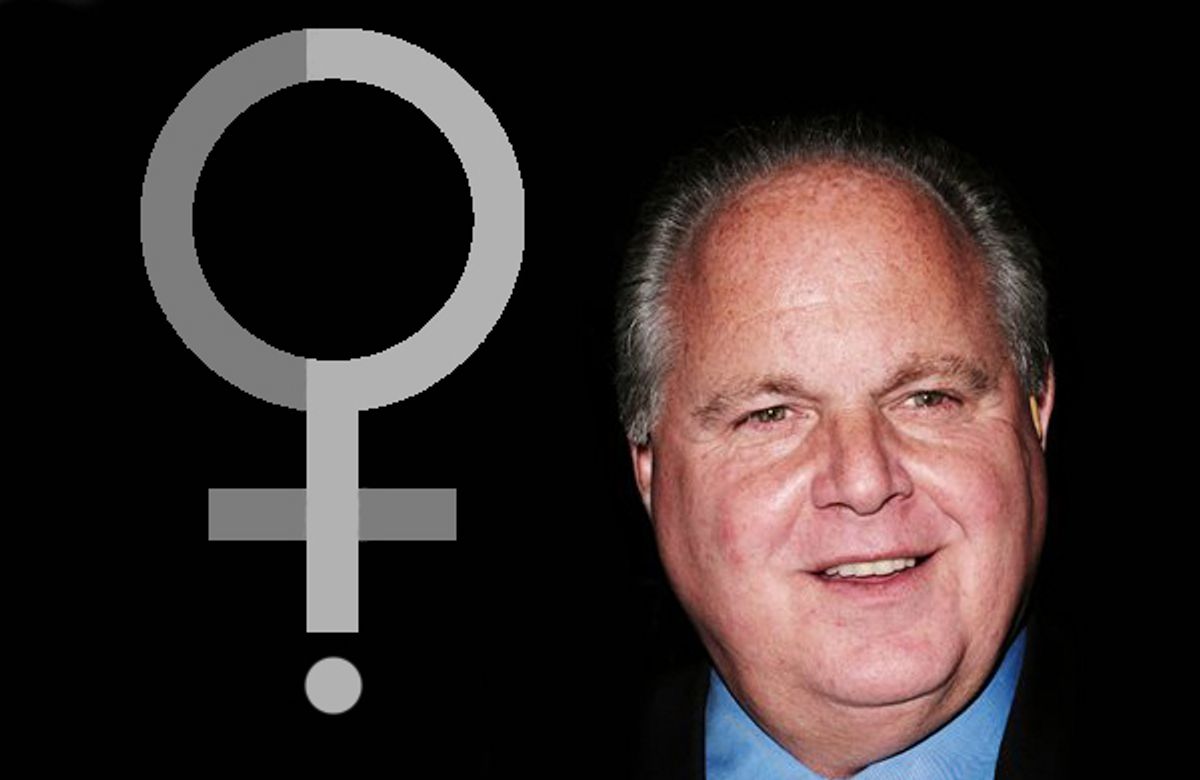 Because Rush Limbaugh says boneheaded things faster than we can bring them to your attention, we usually don't even try. There just aren't enough hours in the day.

But we can't resist hooting at this particular gem from FOX news, wherein the recent judge of the Miss America pageant explains that while he is opposed to feminism, he's a supporter of the "women's movement." See if you can guess the punchline. He'll be here all week! Don't forget to tip your waiters and waitresses!

And then, in a display of self-coronation not seen since that of Napoleon, Limbaugh adds, "If there's a Mr. America out there, it's me." We see him more as a Captain Jackass, but if it keeps him quiet, we'll humor his beauty queen ambitions.