This Week in Crazy: AIG

$100 million in bonuses? Sure, that sounds about right for fat cats who helped sink the global economy 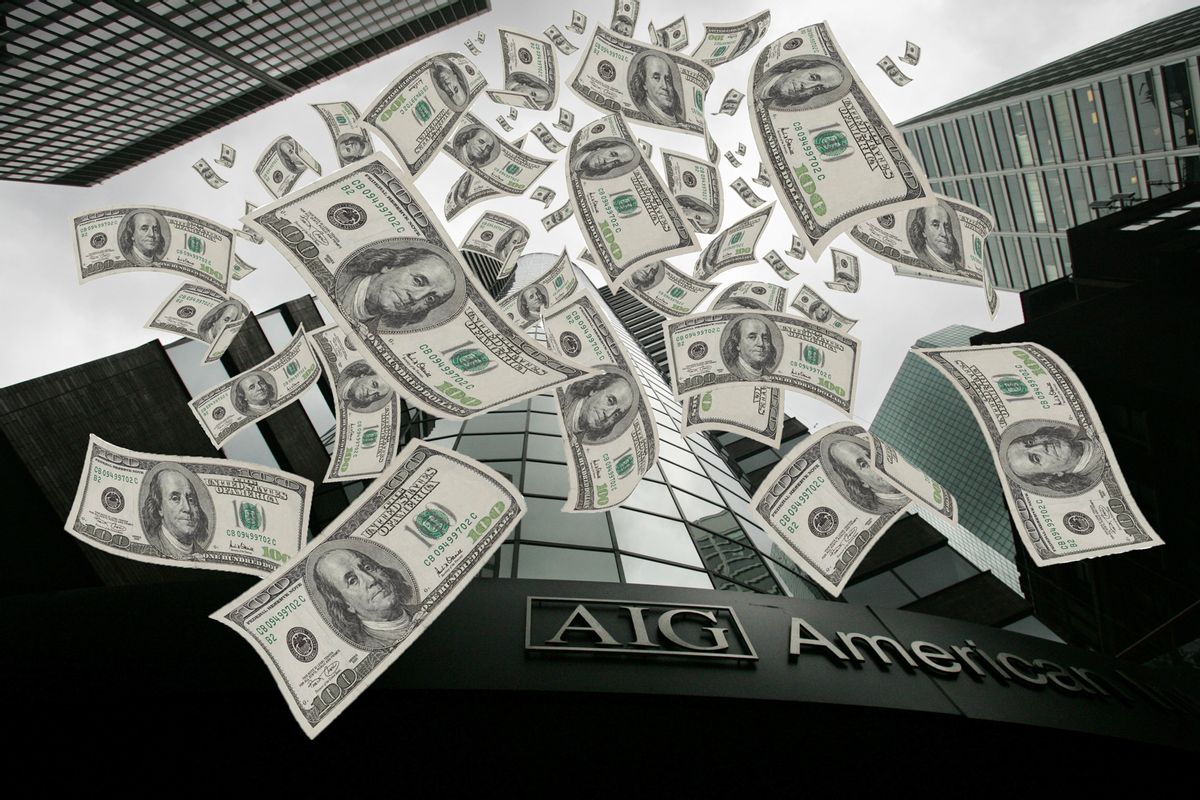 **FILE** In this Sept. 16, 2008 file photo, an American International Group office building is shown in New York. Nearly six months after American International Group Inc. got its first massive bailout from the government, it is still stumbling. Expectations are that AIG and the government will announce soon, perhaps as early as Monday, March 2, 2009, their latest plan to prop up the New York-based company. AIG has confirmed it will report its fourth-quarter earnings on Monday before the market opens. (AP Photo/Mark Lennihan, File) (Mark Lennihan)
--

About this time a year ago, the world found out that AIG — by that point very nearly a wholly owned subsidiary of the U.S. government, thanks to $170 billion in federal payments to keep it in business — was paying $165 million in bonuses to some of the very traders who had helped bring about the financial apocalypse that set off our current Great Recession. Sort of a reward for a job well done, except in this case the job they'd done well came very close to destroying the global economy. Suffice it to say, the reaction was not subtle. "How do they justify this outrage to the taxpayers who are keeping the company afloat?" President Obama asked about the bonuses. The House overwhelmingly passed a bill to tax the bonuses at 90 percent (though it didn't make it into law because the Senate balked), and the company was given a sound, and deserved, flaying in the press.

So naturally this year, after all the fury, AIG decided to take a firm stand with its employees. Instead of paying out $165 million in bonuses, the company would pay out only $100 million. (That was a compromise; initially, AIG was scheduled to pay nearly $200 million, but some of the bonus recipients graciously agreed to a 10 percent lower haul.) So much for Wall Street sharing in the pain that it has inflicted on the rest of us lately.

Of course, it's hard to begrudge them the payments, at any amount. After all, the rest of the economy is completely back to normal! Anyone who wants a job has one; people are rolling in dough; retirement accounts are flush; everyone's house is worth so much they don't even know what to do with all the extra money. Well, OK, none of that is true. But still. Why shouldn't a bunch of people who already got very rich selling complicated, all-but-imaginary financial products make even more money for helping to undo all the mistakes they made over the last few years?

The answer to that question, which inevitably comes with a lot of hand-wringing from anyone who has looked into the payments, is that AIG is contractually obligated to keep shoveling good money after bad to their employees. Somehow, before things went south a couple years ago, all the people whose schemes brought down AIG managed to lock in contracts that required them to get paid enormous sums of money, even if it's you, and me and every other U.S. taxpayer who is keeping the firm in business these days. Yes, the government is asking AIG (very politely, no doubt) to please try to renegotiate the contracts so the checks going out the door are a little smaller. And it might have some success. But some of the most shameless recipients of AIG's cash — that is, all of our cash — are the employees who have left the company since it fell apart. The Washington Post reports that only 35 percent of AIG's former employees agreed to cut their bonuses voluntarily.

All that takes a little bit more than mere chutzpah. Paying out large bonuses a year after that very action sparked enormous outrage sounds a lot like doing the same thing and expecting a different result — which, of course, is one way to define insanity. Which is why Salon's "This Week in Crazy" award goes to AIG and its very well-paid bonus babies. Perhaps they can buy themselves a nice bottle of Champagne to celebrate.