Biodynamic wines have the flavor of devotion

Whether you believe in spiritual agriculture or think it's just hoodoo, it's the winemaker's passion that matters 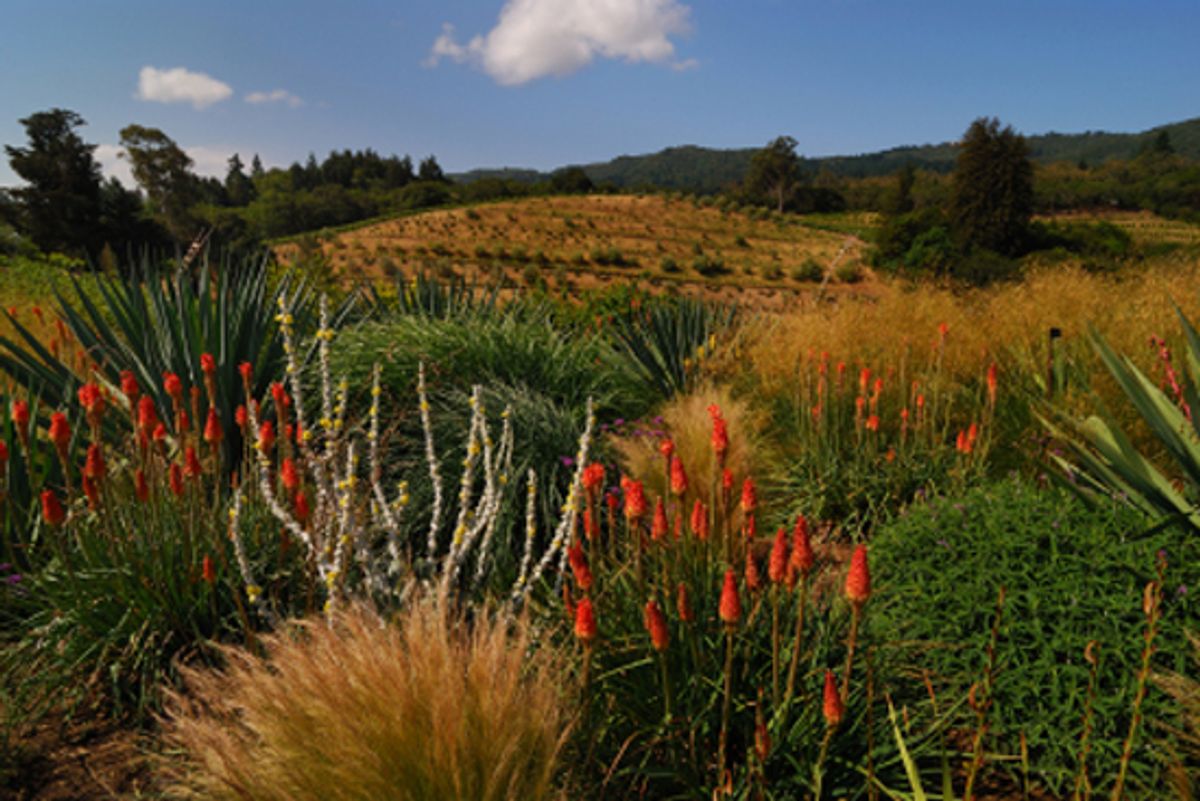 Twenty years before J.I. Rodale coined the term "organic" in the early 1940s, an Austrian named Rudolf Steiner had already introduced another holistic approach to sustainable agriculture: biodynamics. Caricatured as new-age crazies burying dung-stuffed bull's horns under the new moon, practitioners of biodynamics view farms as self-sustaining organisms that interact with their surrounding ecosystems -- including the spiritual and cosmic realms -- and go to enormous lengths to maintain the harmony and health of these ecosystems. While the biodynamics community is small, it is growing, particularly in winemaking.

Over the last few years, I have been lucky to taste more than 70 biodynamic wines. What did I expect from these grapes, grown in balance with cosmic forces? Would I see God, or should I bring someone to talk me down from my levitating lotus?

Of course not, but I did expect the wines to be delicious, because I knew I was going to find in them what I always look for in every fine wine: passion. No matter what you think of biodynamics (and I advocate it for the way it promotes environmental sustainability and stewardship of the land), the fact of the matter is that its complexities necessitate extraordinary care, and that level of care, when applied by skilled winemakers, almost always produces great wines.

Nicolas Joly is an indefatigable true believer, the father of biodynamic winemaking in the United States, though he is French and owns one of the world's greatest white wine vineyards, Coulée de Serrant, in the Loire Valley village of Savennières. He preaches from personal experience, with the zealotry of the converted.

Coulée de Serrant was first planted by Cistercian monks in 1130. With the ancient monastery still on the grounds of the estate, in the mid-1970s, French agricultural agents told Joly that his family's methods were archaic, and that they should adopt the use of chemical fertilizers and insecticides. A graduate of Columbia University and a former investment banker, Joly encouraged his family to join the modern age and embrace this high-tech approach.

But soon, he noticed that the color of the soils changed, and that the birds, animals and beneficial insects abandoned Coulée de Serrant. The vineyard had lost its life, and Joly began his search for alternatives to compacting the soil with chemicals. In 1984, he turned to biodynamics, with an approach kind of like ramped-up organics: trying to maintain a healthy biodiversity in his vineyards, unlike typical monoculture farms, which basically keep anything that's not being harvested out of the picture entirely. He replaced synthetic fertilizers, pesticides and herbicides with homeopathic concoctions, focusing on seasonally available mixtures made from products available on the vineyard itself. After just five years of growing according to those methods, Joly "began to see nature reborn," and eventually he published "Wine From Sky to Earth: Growing and Appreciating Biodynamic Wine," which has become the bible for the biodynamic wine movement. (Joly's current essays can be found here).

In his and many other biodynamic wines, you can find passion aplenty. While some of their methods may seem strange (if sensationalized: the buried cow dung is really just a way of making humus), the fact is that most biodynamic producers were already making wines at a very high level. That they would take to these intensive practices and philosophies really demonstrates that none of them think of wine as a commodity, and all of them wish to express the fragile sense of place in their wines.

Here are some of the standouts I recommend; all the vintages I've tried of these wines over the past three years have been very good to excellent:

France dominates the biodynamic category, and some of their gems include:

Germany and Austria: Exquisite Riesling wines in just about every style from the driest trocken to the sweetest Trockenbeerenauslese. Notable German producers include: Freiherr, Weingut Wittmann, and Weingut Sander (Rheinhessen), and Weingut Hahnmüle (Nahe), and two Austrian producers from the Wachau district, Weingut Geyerhof and Nikolaihof Wachau.

Spain: The winemaking genius of Alvaro Palacios is represented well by his biodynamic project, Descendientes de J. Palacios, in the reawakened Bierzo denominacion (Corullón, and the single vineyard wines San Martin and Moncerbal). All three wines are made from the ancient Mencia grape. Telmo Rodriguez, who made his reputation as proprietor of Remelluri in Rioja offers two fine wines: Altos de Lanzaga (Rioja) and Matallana (from Ribera del Duero).

Chile: Alvaro Espinoza is a great winemaker and grape grower, and has long believed in the biodynamic and organic movements in viticulture. His family wine, Antiyal, is a terroir-driven blend of Carmenère, Cabernet Sauvignon, and Syrah, made in small quantities. Espinoza is now one of the leading Biodynamic wine consultants in Chile, and his fine Emiliana "Natura" Carmenère is an inexpensive introduction to Biodynamic wines; a tasty red that sells for $10.