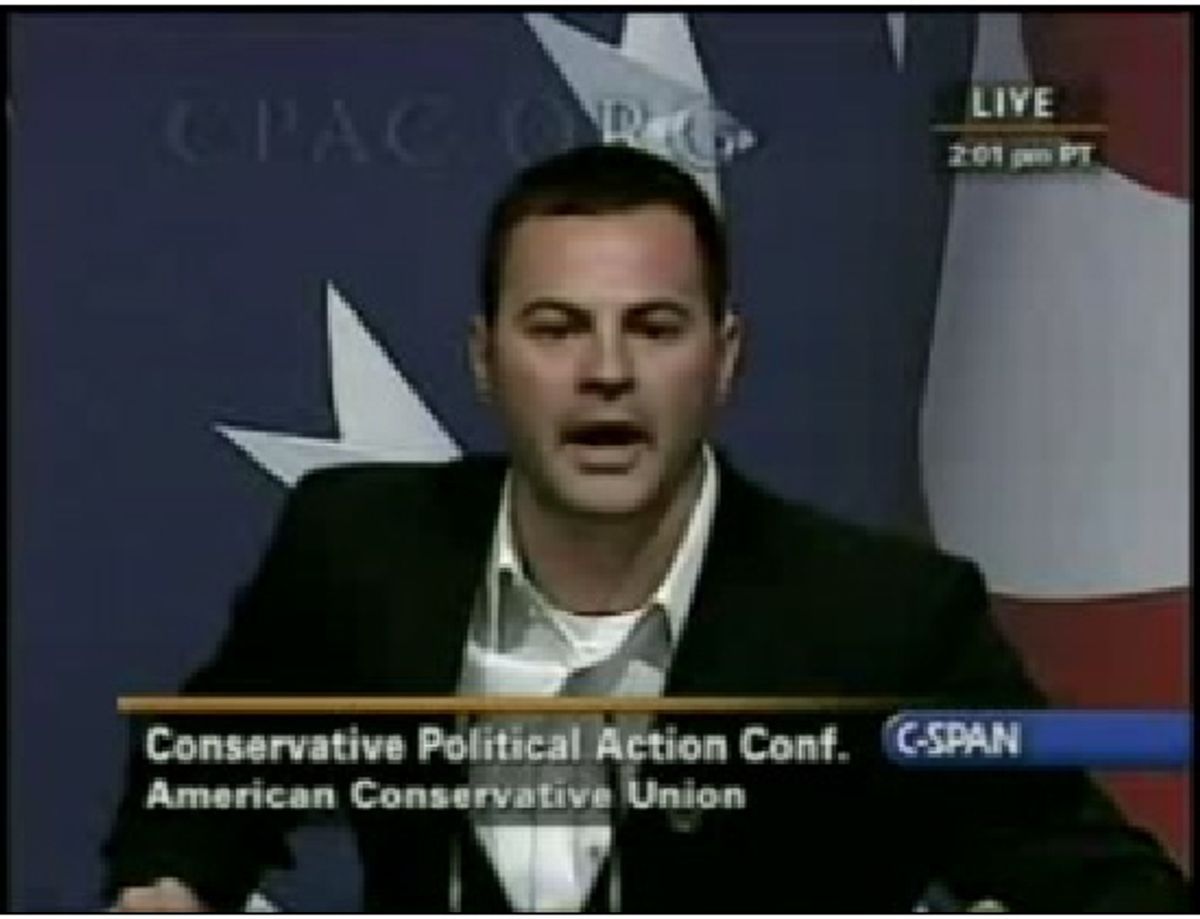 Turns out CPAC isn't quite the place for insane jeremiads against homosexuality.

During a lightning round of two-minute speeches by young activists, Ryan Sorba, of the Young Conservatives of California, decided to bash CPAC organizers for inviting GOProud (a gay Republican group that's splintered from the Log Cabin Republicans) to have a booth at the event.

But then the crowd began to boo, and shout back at him. ("Ron Paul!" was the loudest shout in the part of the ballroom where I'm sitting; he was due to speak not long after the lightning round ended.) And Sorba -- who's the author of a book called "The Born Gay Hoax," and whose speech at Smith College was shut down by protests two years ago -- got angry.

One conservative activist, Jeff Frazee of Young Americans for Liberty, shouted something trying to defend GOProud. (UPDATE: Frazee contacted Salon later Friday night to say he never said anything to Sorba, and was just sitting in the second row when Sorba started yelling at him. He says he figured Sorba could see him, and thought he was the source of the boos.) Sorba snapped back:

Guess what? You just made an enemy out of me, buddy.

Watch the video here, courtesy of Media Matters for America: