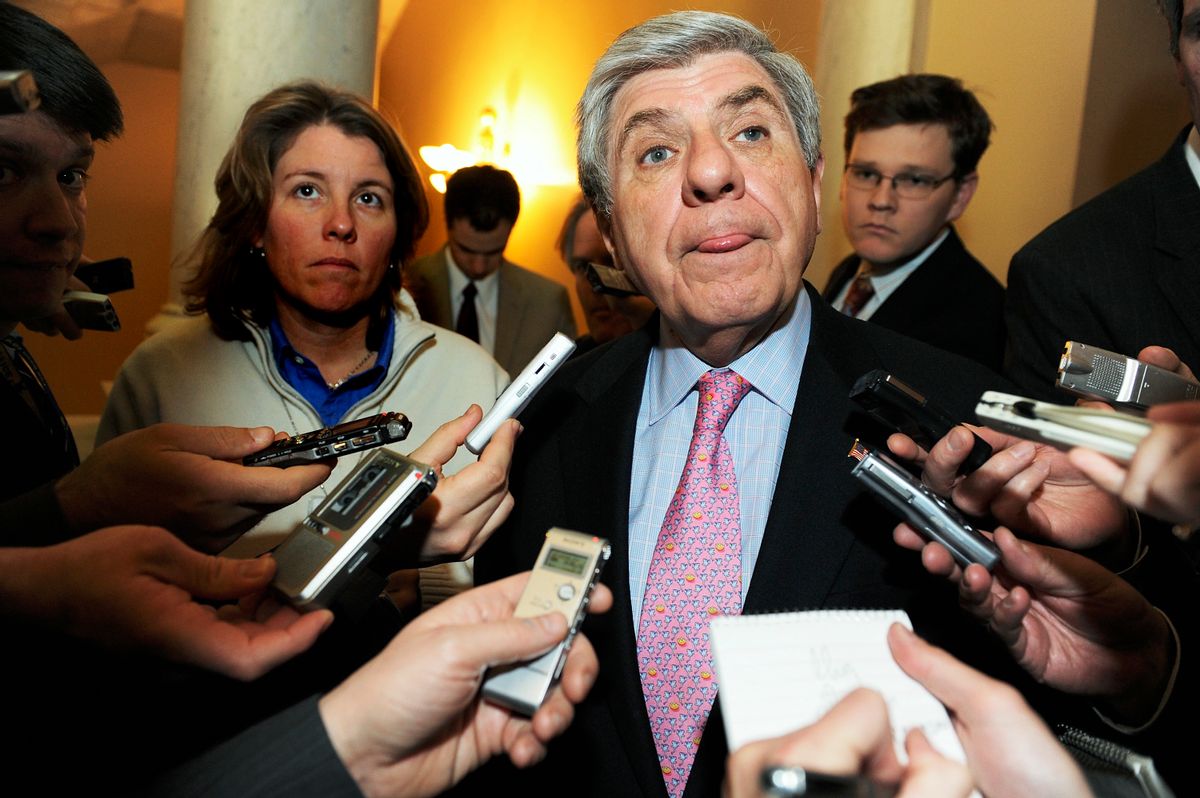 US Senator Ben Nelson (D-NE) talks with reporters about the economic stimulus bill at the US Capitol in Washington, February 6, 2009. REUTERS/Jonathan Ernst (UNITED STATES) (Reuters)
--

Democrats have been hammering Republicans this week for taking credit for local projects funded by the economic stimulus that they voted unanimously against a year ago. And Friday, they tried to take that attack to CPAC.

As speaker after speaker at the conservative conference droned on about the evils of the national debt and runaway government spending, they had very little to say about the 91 House Republicans tallied up by the Democratic Congressional Campaign Committee who have touted projects in the stimulus bill. That's actually over half -- 51 percent -- of House Republicans, including some who are speaking at CPAC. So the DCCC unloaded, as part of the ongoing Democratic effort to drive a wedge between the tea party movement and the GOP establishment.

"One would expect conservatives who claim to be authentic and principled voices would condemn these Washington Republicans for their two faced hypocrisy," DCCC spokesman Ryan Rudominer told Salon. "One of the clearest signs that President Obama and House Democrats’ recovery policies have been working is that 91 House Republicans and counting -- which is more than fifty percent of the entire House Republican conference -- have now attempted to claim credit for the many projects and jobs created in their districts that they voted against."

In fairness, there have been speakers who have made clear Washington needs conservative Republicans in power, not just Republicans; it's pretty clear that by implication that means they wouldn't want their candidates to have anything to do with the stimulus. But the DCCC is right that so far, just about all of CPAC's fire has been aimed at Democrats and the White House.