Yuck it up, CPACers, the joke's on you 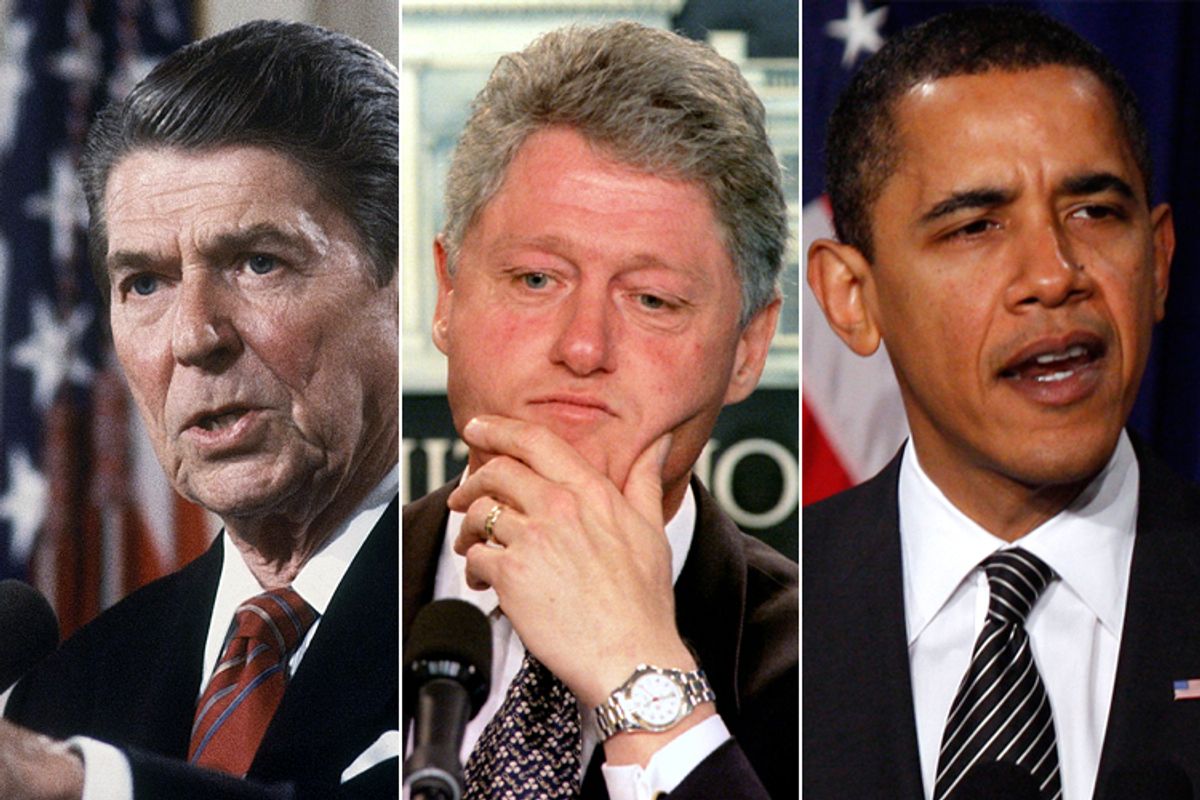 The man who assured us we’d be greeted as liberators in Iraq dropped in on this year’s Conservative Political Action Conference to make yet another prediction.

“I think that Barack Obama is going to be a one-term president,” Dick Cheney declared on Thursday.

The assembled righties roared – as they did whenever a speaker at the three-day conference forecasted a 2012 victory for the GOP. To watch CPAC was to realize that the right can be described in one word today: cocky. They have no doubt that Obama will be defeated in 2012; the only question is whether it’ll be Mitt, Sarah, Mike or Mitch replacing him.

You’ll excuse me if I rain on their parade, but there’s a source with just a little more credibility than Dick Cheney that would beg to differ: history.

The right is giddy because Obama’s approval rating, stratospheric just a year ago, now hovers around 50 percent and because his party, practically invincible in the 2008 and 2006 elections, is suddenly facing long odds in one key midterm election race after another. The nation’s political climate, indisputably, has been transformed since Obama took office, and Republicans are now on course for a strong year in 2010.

But this is where history comes in. Obama is actually the third president in the last 30 years – the “permanent campaign” era of American politics – to see his political fortunes crater in the second year of his administration. Bill Clinton in 1994 and Ronald Reagan in 1982 both endured the kind of political hell that Obama is now starting to taste (one-termer taunts and all) – and both bounced back to win lopsided reelection victories two years later.

The Clinton and Reagan comeback stories aren’t identical, but they do offer obvious cautionary lessons for those who would write off Obama today.

Start with Clinton, who, like Obama with Cheney, was branded a goner by his predecessor’s vice-president. “Let me be very clear,” Dan Quayle blustered back in ’94, “Bill Clinton will be a one-term president.”

The thing is, it was mighty tempting to believe Quayle back then. At the time, Clinton’s popularity – never as high as Obama’s (or Reagan’s) to begin with – had plunged below 50 percent and his signature initiative, healthcare reform, had just died in Congress. And the public remained angry over his 1993 budget, which had raised taxes on upper-income Americans, and unmoved by his insistence that it would prove wise in the long run. When the GOP scored massive gains and took over in the ’94 midterms, there wasn’t a Republican in America who believed Clinton could win a second term.

The famous turning point for Clinton came in November 1995, when he called the GOP’s bluff and allowed the federal government to shut down rather than sign off on Medicare cuts. In truth, though, he had been well on his way to recovery before then, thanks to the public’s mounting satisfaction that the recession of the early '90s was, in fact, over. The November '95 showdown merely crystallized what voters were already concluding: Clinton wasn’t actually half-bad. From there, his effortless triumph over Bob Dole was inevitable.

The Reagan narrative actually tracks more closely with Obama’s, for two reasons: 1) They both enjoyed enormous personal goodwill from voters when they took office; and 2) they both confronted far more dire economic conditions than Clinton did. In fact, the trajectory of their first-year job approval scores is nearly identical, and the reason was simple: With joblessness soaring over 10 percent, the public had no patience.

It’s striking to go back and read analysis of the first two years of Reagan’s presidency; you soon realize that virtually the same words are now being written about Obama. Consider the opening lines of a January 1983 UPI story:

Two years of a poor economy coupled with dim prospects of a significant recovery seriously damage President Reagan's chances for re-election. Two years ago, Reagan came into office as probably the best liked president since Dwight Eisenhower, the last chief executive to serve out two terms. If the election were held today, it is likely Reagan would suffer the fate of all those since Eisenhower and become another one term president.

This is the same Reagan, of course, who won 49 states and nearly 60 percent of the vote in his 1984 reelection campaign. The key to his turnaround was simple: Unemployment finally began falling in 1983. Voters who had pronounced his economic program a failure in 1982 suddenly decided it wasn’t that bad. And with confidence on the rise, Reagan’s poll numbers quickly improved.

Ironically, the unemployment rate was actually higher on Election Day ’84 than it had been when Reagan took office – which may well be the situation for Obama in '12. But that didn’t hurt Reagan. Voters believed the country was moving in the right direction and were happy to reward a president they had always liked personally. Obama stands to benefit from the same phenomenon if unemployment is in decline in 2012.

So before they start planning for the Romney inaugural bash, conservatives might want to pause and reflect on the Reagan and Clinton examples. They were both written off as one-termers and lived to tell about it. And Obama is now halfway to doing the same.