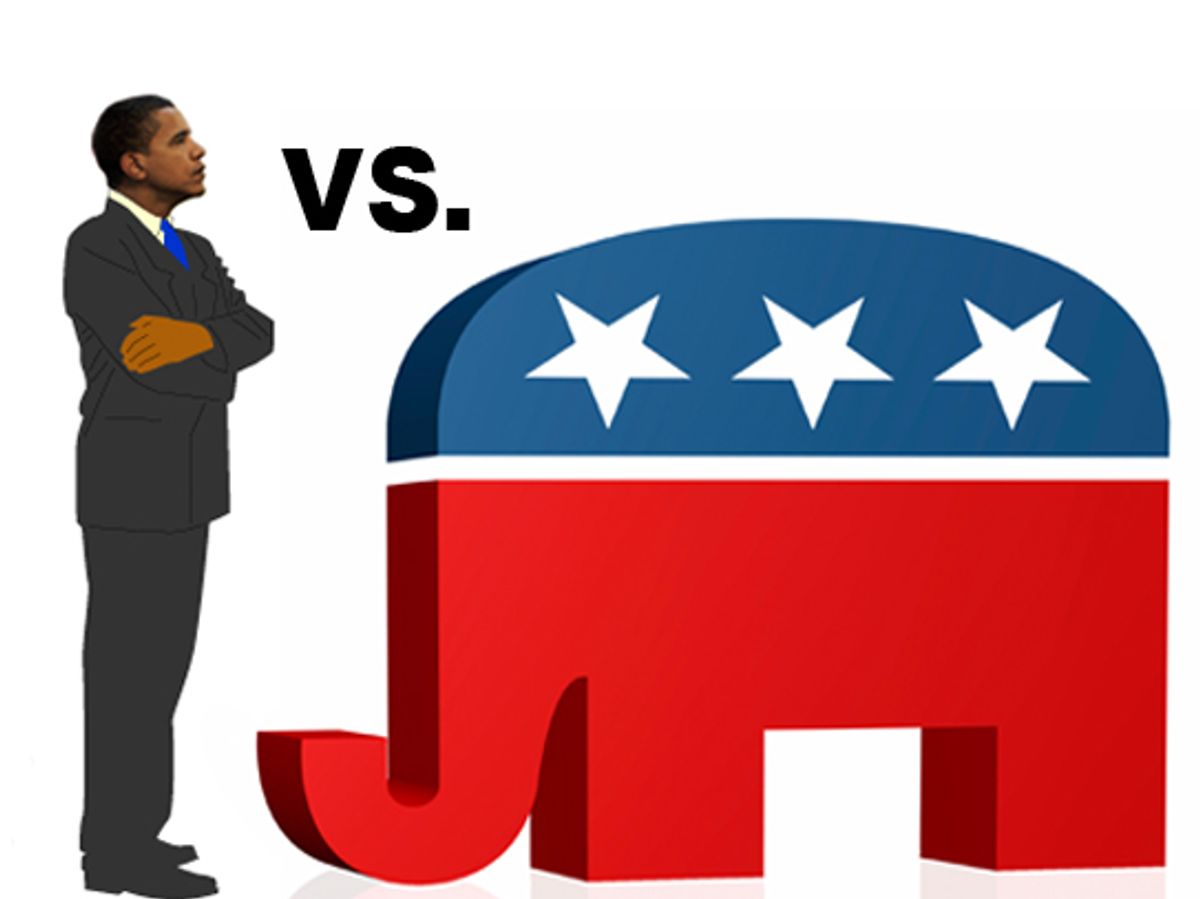 The White House has told Democrats in Congress to expect Thursday's healthcare summit to be more like a panel discussion than a committee hearing, with plenty of back-and-forth and engaged dialogue and debate with Republicans who oppose President Obama's reform proposal.

A Senate Democratic source tells Salon administration officials previewed the summit Tuesday, to help lawmakers prepare for yet another high-profile attempt to sell the legislation to the public and to wavering Democrats who aren't thrilled at the idea of voting on the bill again.

Obama will open the event up with remarks at around 10 a.m. from Blair House, the White House "guest house" across Pennsylvania Avenue. Republicans will respond, possibly followed by either House Speaker Nancy Pelosi or Senate Majority Leader Harry Reid (or both). Then the group will break out into four sessions on topics: cost control, deficit reduction, expanding healthcare coverage and insurance market reforms. A lunch break is scheduled for the middle of the day. (That jibes with a draft schedule published by the Huffington Post Tuesday afternoon, as well.)

White House aides told Democrats they expect Republicans to engage in substantive and procedural arguments against the healthcare bill -- ranging from old favorites, like the need for more medical malpractice reform, to newer ones, like the idea that the proposal was drafted in secret with no GOP input. The White House highlighted Republican proposals that made it into the draft Obama released Monday, and the Senate Democratic source says that's likely to come up frequently throughout Thursday's session.

Also, though Republicans surely won't let themselves be ambushed like they were at the House GOP retreat in Baltimore last month, Democrats would like to let Obama carry as much of their rhetorical weight as possible. "If they're smart, the Democratic members will stay out of the way and let this become Obama vs. the Republicans," the source says.

The Blair House room is a very small space; only a pool of reporters and TV producers will be allowed in, not the full White House press corps. And some lawmakers who aren't in senior leadership posts may find themselves seated at different tables from the one with Obama. Expect live coverage of the whole six-hour event on cable news and C-SPAN (as well as here on Salon).

UPDATE: Here's the latest list of lawmakers expected to attend.