By the numbers, reconciliation is quite democratic

Republicans are shrieking about how President Obama might pass healthcare reform. They should look at these numbers 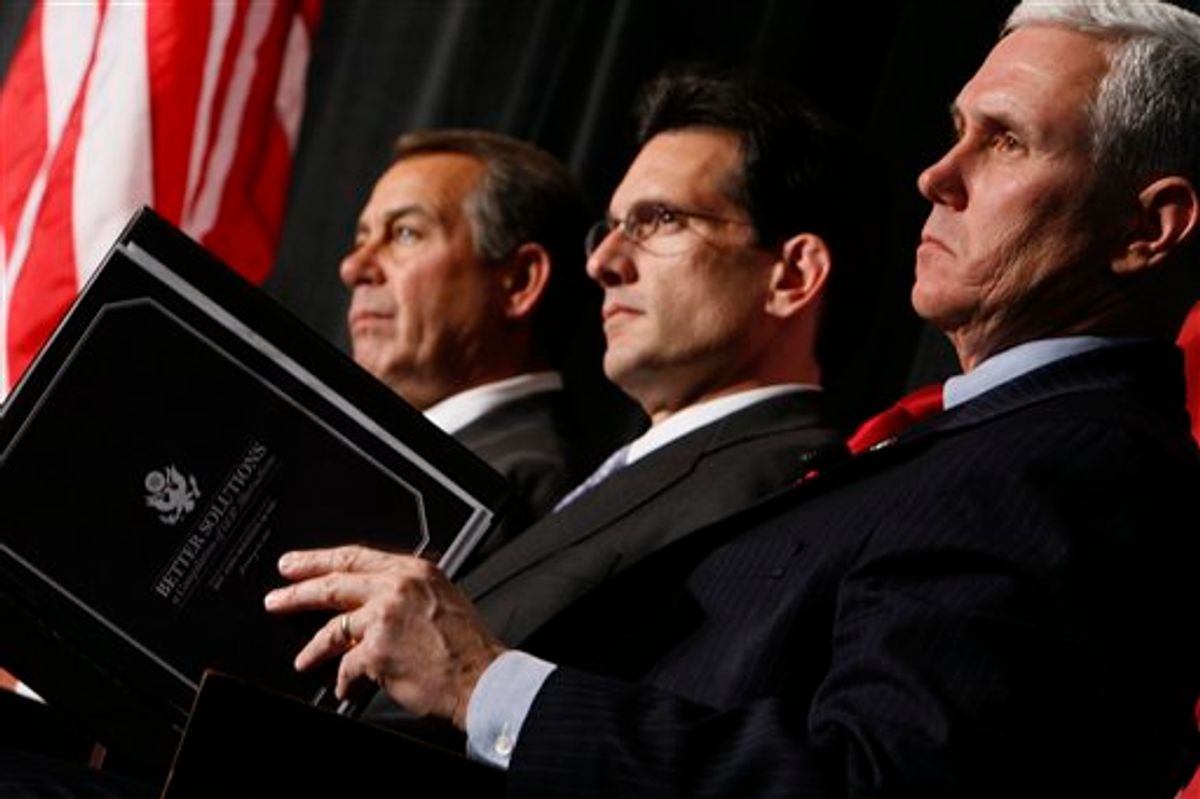 With the White House apparently ready to use the filibuster-bypassing reconciliation process to push its healthcare plan through the Senate, Republicans are furiously painting the pending move as an end run around democracy -- a "Democrats-only backroom deal," as House Minority Leader John Boehner put it.

But actually, the numbers suggest it would be a fairly democratic maneuver, certainly far more democratic than the Republicans' attempt to kill reform with a filibuster.

For the purpose of this exercise, let’s say that Delaware’s Tom Carper and Kent Conrad of North Dakota provide the two key votes that bring Democrats to 50. With this coalition, the 50 Democrats voting for the reconciliation bill would hail from states with a combined population of 213,368,817 -- or nearly 70 percent of the total national population.

Now, let’s look at the flip side. Without reconciliation, the GOP strategy will be to use a filibuster to derail healthcare. Thanks to Scott Brown’s election last month, they have exactly the 41 votes they’d need to do this. But their healthcare-killing coalition represents states with a combined population of just 149,979,190 -- just under 49 percent of the national total.

The accompanying chart (click chart for larger image) illustrates the states that would be represented in each party’s coalition -- again, based on the assumption that Carper and Conrad side with their party. It’s important to note that the Democratic coalition could actually expand -- considerably -- if more senators from our list of 11 vote for reconciliation (or if the two key votes are provided by senators from larger states than Delaware or North Dakota). LaToya Tooles assisted with this story.