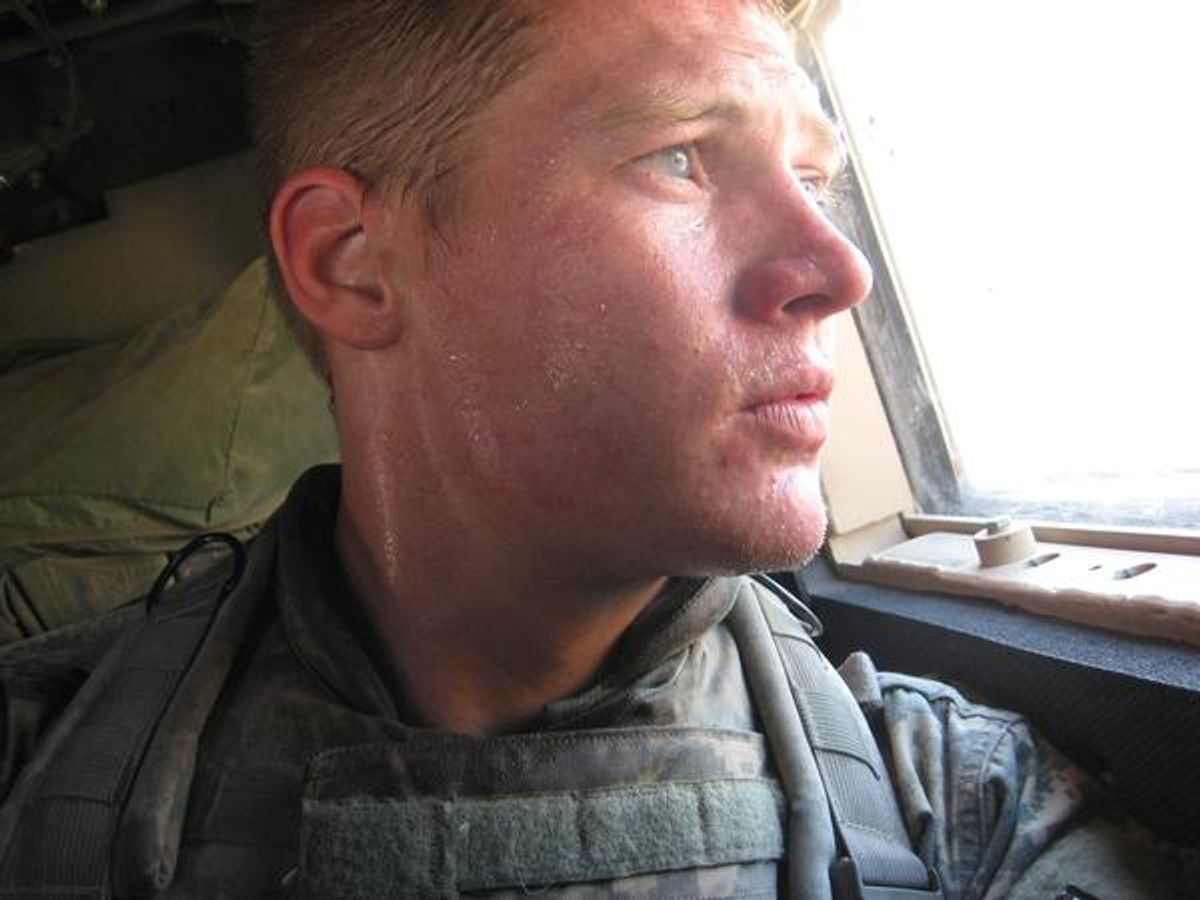 Michael de Yoanna first met John Needham when the troubled soldier stepped off a plane near Fort Carson, Colo., in November 2007. De Yoanna didn't know it at the time, but a year later Needham would be part of a lengthy Salon series about soldiers involved in murders or suicides as the Army neglected their psychological war wounds. Reporters de Yoanna and Mark Benjamin documented Needham’s tale as part of the “Coming Home” series, after Needham was arrested for allegedly beating his girlfriend to death in late 2008.

Now Needham is gone too. He died on Feb. 19, about 10 days after back surgery at a Veteran's Affairs hospital in Tucson, Ariz. The circumstances surrounding Needham’s death are unclear. According to his father, Mike Needham, an older brother discovered John Needham slumped over his bed at his mother’s house in Arizona, his face blue. Efforts by his brother, and then rescuers, to revive him were unsuccessful.

Needham, a tall, blond, sturdy California surfer and house painter, was deployed to Iraq in 2006. Not long after arriving, his life turned into a blur of roadside bombs, bloodshed and confusion. He was knocked unconscious by a grenade, suffering a brain injury. Shrapnel ripped into his legs. His back eventually gave him problems. He got a Purple Heart.

The damage to Needham wasn’t just physical. He also suffered from mental wounds. In Iraq in September 2007, when the carnage he had witnessed and participated in became too much, Needham pointed a pistol at his head and pulled the trigger. It would have ended there if a friend had not leaped forward to push the gun aside. The bullet hit a wall. Needham, who had a clean bill of health when he entered the Army, was shipped home.

When de Yoanna met him briefly in the airport in Colorado, Needham seemed nervous. He’d spent several weeks receiving care at Walter Reed Army Medical Center. Back at Fort Carson in Colorado Springs, Needham complained about punishment instead of treatment for his mental issues. His commanders threatened him with charges for discharging his weapon in his suicide attempt. Superiors also harassed him for falling asleep while heavily medicated. He was called a pussy. Though he had been diagnosed with post-traumatic stress disorder, Needham was punished for showing symptoms: failing to appear in formation, insubordination to superiors, and other problems.

With the advocacy of his father and others fighting behind the scenes, the charges against Needham disappeared and in July of 2008, the Army had washed its hands of him. He received an honorable discharge and a partial disability -- but his benefits didn’t provide full access to mental health treatment, a critical gap in his care.

Had he received such care, things might have been different just weeks later. In September 2008, Needham made headlines across the country after allegedly beating his girlfriend, 19-year-old aspiring model Jacqwelyn Villagomez, to death in his San Clemente, Calif., condo.

After 10 months in a maximum-security jail cell awaiting trial, Mike Needham raised the $1 million needed to bail his son out to prepare for the murder trial.

Based in Colorado, de Yoanna traveled to California last summer and spent several days with Needham -- part of Salon's ongoing effort to understand veterans struggling with the hidden wounds of war.

Needham told de Yoanna during that visit that he couldn't provide specifics about his case, fearing any statements he made to the press might become ammunition for prosecutors. He emphasized, however, that he was "not the murderer" authorities and the press had made him out to be. Looking over the crashing waves he loved to surf, the war veteran also said he had become an outcast and wanted to leave his home and live somewhere on the California coast where nobody would know him.

So he lived in the present, often on the beach. He surfed some, hoping the ocean would restore his body, but the pain in his lower back persisted.

After a first V.A. surgery on his back in Los Angeles that did not go as planned in late November, Needham struggled with severe pain. He developed an addiction to painkillers and was hospitalized in Long Beach in the following weeks to deal with it. Then his family brought him to Tucson, hoping the V.A. hospital near his mother’s home would do better. There was another surgery a few weeks later and one more -- Needham’s third – earlier this month. Each was an effort to repair Needham’s deteriorating lower back.

Though Needham had a serious infection after his last surgery and a "tumor the size of a grapefruit" on his back, according to his father, he was only cared for by a visiting nurse while staying at his mother’s home at the time he died.

Autopsy and toxicology reports are being completed; medical investigators did not return a call to Salon by deadline.

Needham’s father feels the Army and perhaps the V.A. let his son down. "He never got correct care in the Army and, in my opinion, never got correct care from the V.A. either," Mike Needham said. "What if they helped him when he first struggled after the explosions in Iraq? Instead, they sent him into battle day after day and harassed him when he struggled. As for the V.A., I think they're the medical authority and responsible. I question why he was on outpatient status with a tumor the size of a grapefruit on his back."

Mike Needham plans to join with family and friends in a small private ceremony to scatter the ashes of his son at the beach where he loved to surf. "That’s our spiritual altar -- the ocean."