This week in crazy: Jenny McCarthy

The vocal autism activist swings back at science, touting therapies that are unproven -- and potentially dangerous 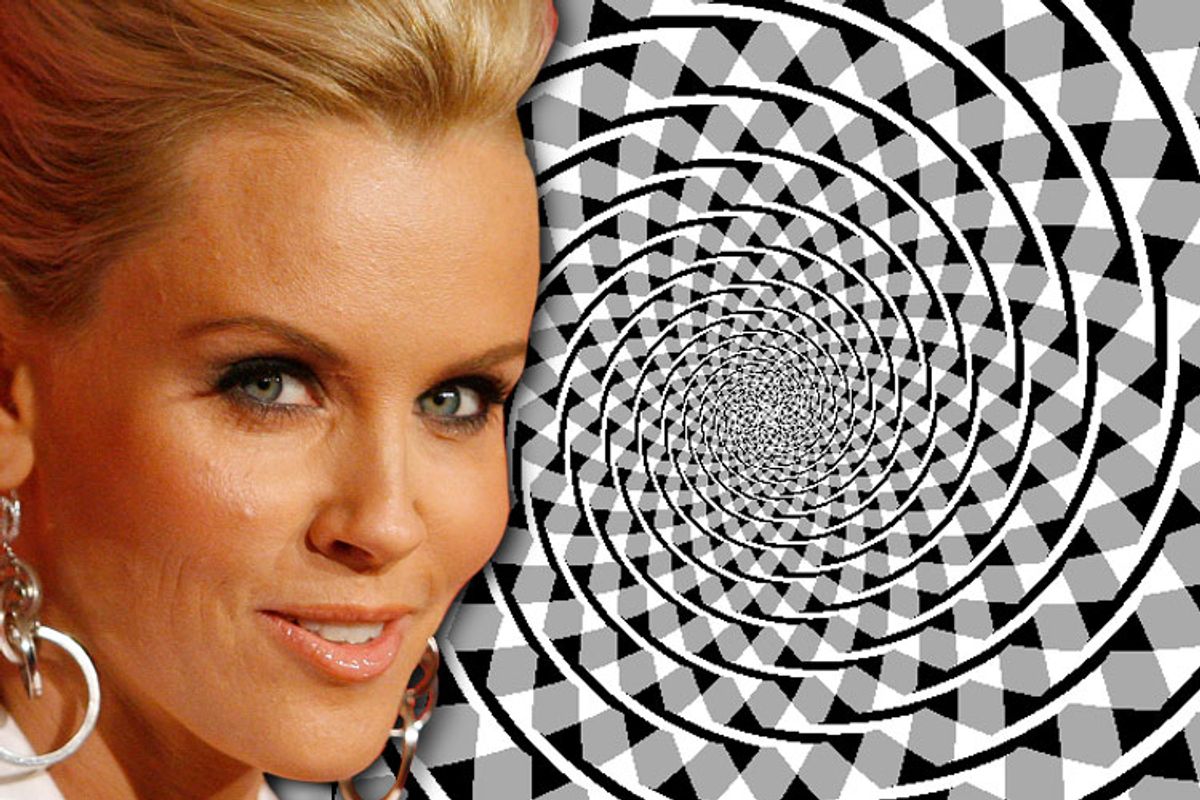 Jenny McCarthy is the loving mother of a special needs child, a staunch supporter of other parents with similar challenges and a tireless advocate for fierce inquiry into the root causes -- and potential treatments -- for autism.

She's also the highest-profile member of a camp that lays much of the blame for the enigmatic disorder on childhood immunizations. As such, McCarthy's been on a bit of a roll lately, ever since Lancet retracted Dr. Andrew Wakefield's much-ballyhooed 1998 paper that first suggested a correlation between the MMR (measles-mumps-rubella) vaccine and autism, calling the report "dishonest and irresponsible."

With her cause's credibility strained, McCarthy, who has co-written three books about "healing" autism, has come out swinging. Her organization, Generation Rescue, issued a statement throwing its continued support behind Wakefield, crowning him "this debate's greatest hero."

And in a controversial profile of McCarthy in this week's Time, titled "Who's Afraid of Jenny McCarthy?," the self-described "mother warrior" says, "I look at autism like a bus accident, and you don't become cured from a bus accident, but you can recover." (Author Karl Taro Greenfield notes that despite McCarthy's son's diagnosis for "autistic disorder," the boy's early symptoms and remarkable turnaround leave room for speculation that his condition may have been something else all along.)

Does McCarthy's fierce adherence to a widely discredited theory and an array of treatments for her young child -- including "intensive Applied Behavioral Analysis (ABA) therapy, a gluten-free and casein-free (GFCF) diet, hyperbaric oxygen chambers, chelation, aromatherapies, electromagnetics, spoons rubbed on his body, multivitamin therapy, B-12 shots and a range of prescription drugs" -- make her a full-scale loon? No. Autism is a highly complicated, and wildly varying, disorder that parents, doctors and researchers still know relatively little about.

And it's because of parents like McCarthy, and their stubborn refusal to give up, that a fantastic amount of encouraging work has been done in the last few years to help kids who fall across the autism spectrum. As a friend with an autistic child said recently, "We went for quite a while with diet and supplements, and I don't have any doubt that there's legitimacy to it. I've seen too much of it work." Likewise, nobody would suggest parents shouldn't inform themselves of the risks and possible side effects associated with vaccinations, for both pregnant mothers and their children. It's not as if the pharmaceutical industry has the most pristine track record regarding public safety.

A friend who works with autistic kids said this week, "I have heard too many anecdotal accounts from parents who say that their child received a vaccine in the a.m., began to zone out by the p.m., and stopped speaking or playing the next day." But personal accounts should be a jumping off point, not dogma.

By offering the vague caveat that "there is no cure" while peddling her Generation Rescue's slogan "autism is reversible" and telling parents that "for a moderately autistic kid the best prognosis is full recovery," McCarthy makes a promise that no one on the planet has the authority to make. It's one that puts the onus of failure on parents whose kids can't or simply don't make that "full recovery" and opens up those who take her advice to "try everything" to a buffet of expensive to downright dangerous quackery. Hey cautious party line that she supports a modified vaccination schedule while resolutely insisting on her Web site that "the nurse gave [Evan] the shot … and soon thereafter -- boom -- the soul's gone from his eyes" is similarly disingenuous.

The correlation between the MMR vaccine and autism may still be unproven, but the correlation between the MMR vaccine and preventing death and disease is pretty clear-cut; considering that, McCarthy is fueling an alarming resurgence in illnesses all but eradicated a decade ago. Her response to a potential rise in life-destroying diseases like polio? Last year she told Time, "I do believe sadly it's going to take some diseases coming back to realize that we need to change and develop vaccines that are safe. If the vaccine companies are not listening to us, it's their f___ing fault that the diseases are coming back."

To recap: If not vaccinating your kids means bringing back polio, so be it. And if your offspring is diagnosed as autistic, do "everything" to fix him. Insist on accountability from the CDC but advocate a whole raft of unproven therapies. And all the while, smugly describe yourself as "the voice" for a noble cause. Those maternal instincts are in the right place, but too often, the voice of autism recovery seems to be coming out of Jenny McCarthy's ass.

Autism This Week In Crazy