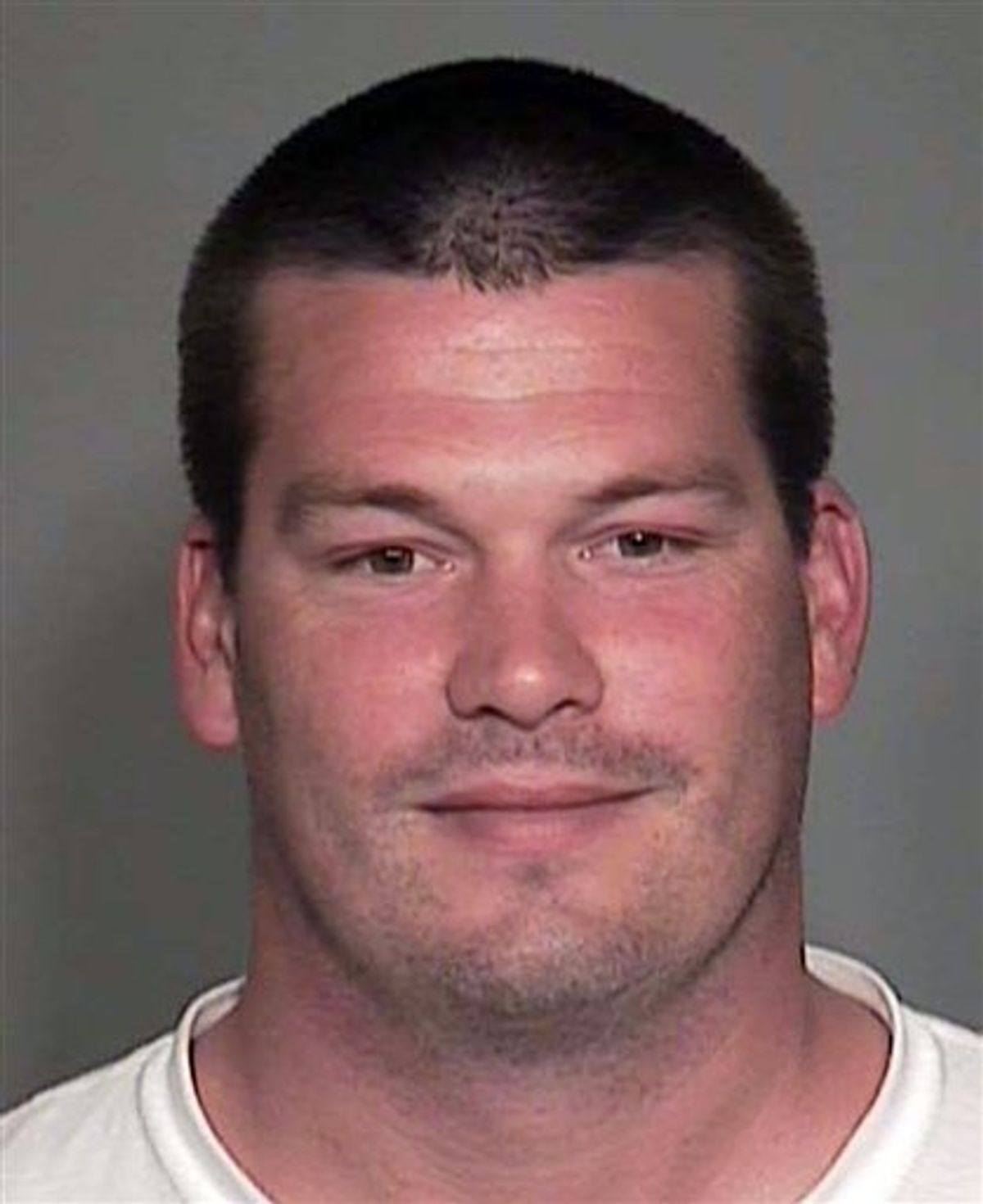 California law enforcement officials say a convicted sex offender was linked to the death of Chelsea King through DNA matching of semen found in the victim's clothing.

State Department of Justice spokeswoman Christine Gasparac told The Associated Press Wednesday that John Albert Gardner III was identified after his DNA was run through a national database.

San Diego County prosecutors have declined to comment on the evidence.

The 30-year-old Gardner was charged with murdering and raping or attempting to rape the 17-year-old King, who disappeared last week after heading out for a run in a park.

He faces another count of assault with intent to rape another woman last December.

His attorney entered pleas of not guilty in the potential death penalty case.

SAN DIEGO (AP) -- A 30-year-old convicted sex offender was charged Wednesday with murdering and raping or attempting to rape 17-year-old Chelsea King, who disappeared last week after heading out for a run in a park.

John Albert Gardner III stood in court in shackles with his eyes cast downward, showing no emotion, as an attorney waived arraignment and a reading of the complaint and entered pleas of not guilty in the potential death penalty case.

San Diego County prosecutors charged Gardner with one count of murder with a special circumstance allegation that the crime occurred in the commission of rape or attempted rape.

A second count of assault with intent to commit rape was filed in connection with a December attack on another female.

The Lake Elsinore man was arrested Sunday as a huge search was under way in a wilderness park in northeastern San Diego, where King's car was found parked Thursday night.

A body was finally found in a shallow lakeside grave on Tuesday, and authorities said they believed it was King, although formal identification by the coroner was pending.

"We know this has rocked San Diego," she said. "It has rocked all of us."

Early Wednesday a spray-painted message was found on the garage at the home of the suspect's mother. It said, "Chelseas blood is on you. Move out." Police did not know who painted it.

Gardner lived at the Rancho Bernardo home in 2000 when he molested a 13-year-old neighbor. The home is down the street from an elementary school and near the park where King was last seen Thursday wearing running clothes.

A piece of paper taped to the front door told visitors to leave.

Thousands of people joined the search after the teen failed to return from a run near the lake.

"One of the nicknames that I've always called my daughter is my Angel. She's my angel forever," he said. "I want to thank you. Chelsea wants to thank you."

Gardner was arrested after police said a piece of physical evidence tied him to King. No further details were provided.

Gardner pleaded guilty in May 2000 to molesting the 13-year-old female neighbor and served five years of a six-year prison term. Prosecutors said he lured the victim to his home with an offer to watch "Patch Adams," a 1998 movie starring Robin Williams.

The girl was beaten before escaping and running to a neighbor.

Gardner "never expressed one scintilla of remorse for his attack upon the victim" despite overwhelming evidence, prosecutors wrote in a sentencing memo.

He had faced a maximum of nearly 11 years in prison under terms of a plea agreement, but prosecutors urged six years.

Dr. Matthew Carroll, a psychiatrist who interviewed Gardner, had urged "the maximum sentence allowed by law." He said in court documents that Gardner was a "continued danger to underage girls in the community" and an "extremely poor candidate" for treatment.

Dr. Mark Kalish, who shares an office with Carroll, said his colleague was saddened and angered by the news about Gardner, feeling his advice was ignored.

"He didn't want there to be any ambiguity or doubt about his assessment. He laid it out there and he was essentially ignored by the district attorney's office," Kalish said. "How much bigger a red flag could Dr. Carroll have raised?"

Kalish said Carroll was referring calls to him because his colleague, who does work for the county, did not want to discuss the case publicly.

Carroll, a court-appointed psychiatrist, reached his conclusion because Gardner took no responsibility, despite evidence, described in the prosecution sentencing memorandum, of the girl's frantic escape.

"How are you going to treat someone who says you got the wrong guy?" Kalish said. "This girl ran out of (his) house with her pants down. Come on!"

The district attorney's office has declined to comment on the 2000 case.

Gardner was on parole for three years, until September 2008, state records show.

San Diego police said Gardner also was linked to an assault on a 22-year-old Colorado woman who managed to fend off her attacker on Dec. 27 in Rancho Bernardo Community Park on the northern edge of San Diego, where King's 1994 BMW was found with her belongings inside. The second count against Gardner alleges the assault occurred on Dec. 27 but did not specify if it was the incident with the Colorado woman.

San Diego police Capt. Jim Collins declined to describe the evidence connecting Gardner to the December assault but said a swab taken from the victim's elbow did not match Gardner's DNA.