How to vote for healthcare reform and win reelection 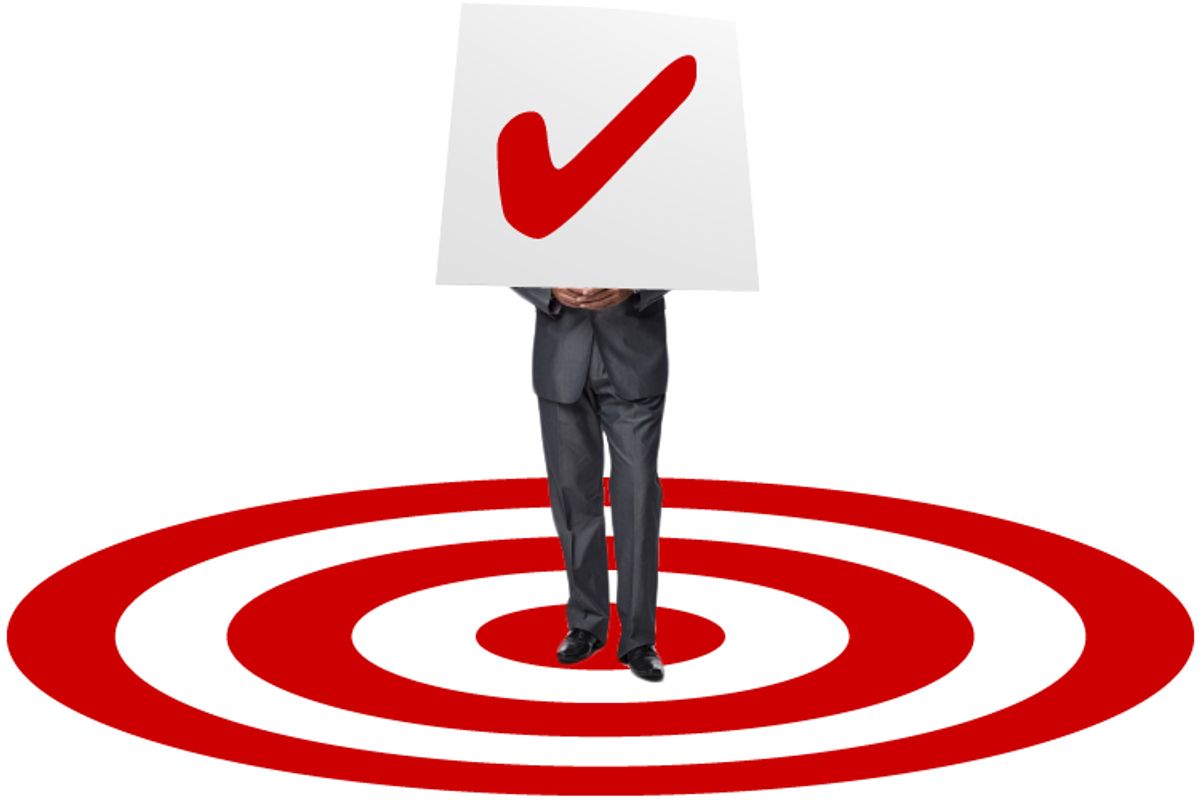 Sometime between now and the end of the month, when Congress leaves for its Easter and Passover recess, the House plans to vote on healthcare reform legislation. That vote is going to be close. The bill barely passed the chamber in November, and since then, there have only been more defections from anxious lawmakers looking ahead to this year's elections. Democratic leaders need 217 votes to pass it.

Which means some unlucky Democrat may have to swallow hard and cast the decisive vote for a healthcare reform bill that Republicans are preparing to paint as a government takeover of the U.S. medical system. The Obama administration and Democratic leaders in Congress are casting for support now among potentially vulnerable Democrats, with several of them making special trips to the White House this week for lobbying.

Fifteen years ago, when Bill Clinton's 1993 budget came down to the wire, the vote to raise taxes on the wealthy cost then-Rep. Marjorie Margolies-Mezvinsky, D-Pa., her job in the subsequent elections. Her "yes" vote allowed the budget to pass -- by a one-vote margin. Republicans didn't let her live it down. (Never mind that the budget also put the country on the path to eight years of prosperity.) "It just made it easy for them," Margolies says. The GOP says the same fate could befall any Democrats who vote for healthcare this time -- especially any lawmakers who switch from a "no" vote last fall to a "yes" this month. "Voters expect their members of Congress to take a stand and live up to their word," says National Republican Congressional Committee spokesman Ken Spain. "To cave to pressure from Nancy Pelosi and the Democratic leadership would potentially seal their fates." The NRCC has launched a new "Code Red" project, which is using paid advertisements and public pressure to convince Democrats to vote against it.

But if the bill is going to pass, someone who's up for reelection in November is going to have to support it -- after all, all 435 members of the House have to face the voters. So for wavering Democratic lawmakers, here's Salon's guide for how to vote for healthcare reform and survive politically:

It sounds counterintuitive at first; why come out now for a bill widely seen as unpopular, when you could, instead, kick the backlash down the line? But this tactic actually worked for some Senate members earlier in the winter. What people look back on with the most anger now are the deals cut by Ben Nelson and Joe Lieberman just before the bill passed. Blanche Lincoln and Mary Landrieu -- who were also on the fence about the whole thing, and who also got concessions added to the legislation to secure their votes -- don't draw nearly the same amount of ire.

Besides that, announcing ahead of time that you'll support the bill means you won't actually wind up being the decisive vote. And it brings a certain authenticity bonus, as well. Former Rep. Pat Williams, D-Mont., actually cast the "yes" vote just before Margolies-Mezvinsky did in 1993 (because, he says, for some reason she told him to go first). He went on to win in 1994 anyway -- a Democrat in Montana who voted to raise taxes, but still survived the great Republican, "Contract With America" wave. "The political dilemma now is with those members of Congress who have dithered," Williams says. "The ditherers are not unlikely to be defeated in November -- whether they vote for or against this bill in the end. It may be too late for them. They should have made it clear to their constituents a long time ago what they were for and what they were against." Williams almost didn't take his own advice on the 1993 vote; he says he was going to vote against the budget, actually, because it raised gas taxes, but he had promised Bill Clinton he wouldn't be the one who defeated his first budget.

There's no reason you can't vote for the bill, but still complain about the way it has made its way through Congress. "They don't like this general amorphous unspecified blob called healthcare reform, and what they like least about it is the process," says Democratic pollster Mark Mellman. "By the time we get to November, that will be long over; we'll only be dealing with the substance. I will bet you dollars to doughnuts that we will not see any ads in October" talking about budget reconciliation and other procedural arguments.

Still, to the extent Democrats can show they understand that anger, they should. Complain about the way the Senate handled things -- which, for most members of the House these days, comes about as naturally as breathing, anyway. Distance yourself from the procedural maneuvers. One way to do that: Remind the public that prolonged negotiations with Republicans yielded exactly one GOP vote -- Rep. Joseph Cao, R-La., on the House bill, and he's already said he won't vote for it again on final passage. Still, the White House has been adding GOP proposals to the legislation as it prepares for the final push. That's not to actually try to win Republican votes; it's to make it easier for Democrats to claim the legislation is bipartisan (even if the final vote tally isn't).

That's the advice House Democratic leadership aides are giving members. Don't focus on the stuff people dislike in the bill; focus on the stuff the overwhelming majority of voters actually do like about it. The ban on insurance companies denying coverage for people with preexisting conditions remains very popular. So does a provision allowing young adults to stay on their parents' health insurance plans until they're 26 years old. And one barring insurance companies from dropping coverage once patients get sick. "Not everything in the healthcare bill is going to be popular," admits a House leadership aide. "But you don't necessarily have to talk about everything in the healthcare bill."

As it happens, Williams -- before helping to provide the winning margin for the 1993 budget -- had also helped pass a bill based on the Clinton healthcare plan in a House Ways and Means Committee subcommittee. That should have been two strikes against him in 1994. "I was running on it as an achievement back home in Montana," he says. "I answered a lot of questions from the doubters, but at no time was I apologetic about moving directly and quickly on a healthcare bill." He says the secret to winning nine terms in the House as a Montana Democrat boiled down to staying aggressive. "I never, ever went on the defensive," he says. "The only explaining I ever did was why those who didn't agree with me might be wrong."

Even if Democrats are able to pass the bill and fend off Republican attacks, some of them will still be defeated in November, and the healthcare fight may well be one of the reasons why. That doesn't necessarily mean wavering lawmakers ought to throw their hands up and vote "no" out of fear. For one, even Democrats who voted against the bill last fall are still being blamed for its survival. A recent Public Policy Polling survey found that only 30 percent of Rep. Dan Boren's Oklahoma constituents realize he voted against the bill -- and he's barely ahead of his Republican opponent among the 32 percent of voters who think he supported it. If you're going to be attacked for supporting the bill whether you actually did or not, voting against it won't protect you.

In fact, voting no also means key Democratic allies who want to pass the bill may not help you out come November. "Decisions aren't made on a single issue alone, but if members stand up for working families on healthcare, it is much more likely we will have their back when they need it," says AFL-CIO spokesman Eddie Vale. "The converse is true as well: If folks in tough races think they can ignore working families' needs on healthcare, they may have the favor returned when they come asking for help for their election."

And in the end, if voting for the bill means millions of people get access to healthcare -- but you lose your seat -- that might not be the end of the world. "There's a difference between leading and being led," Margolies says. "I think you have to decide what is fundamentally right, and not listen to those people who are such extreme naysayers. It has to be done. It has to be completed."