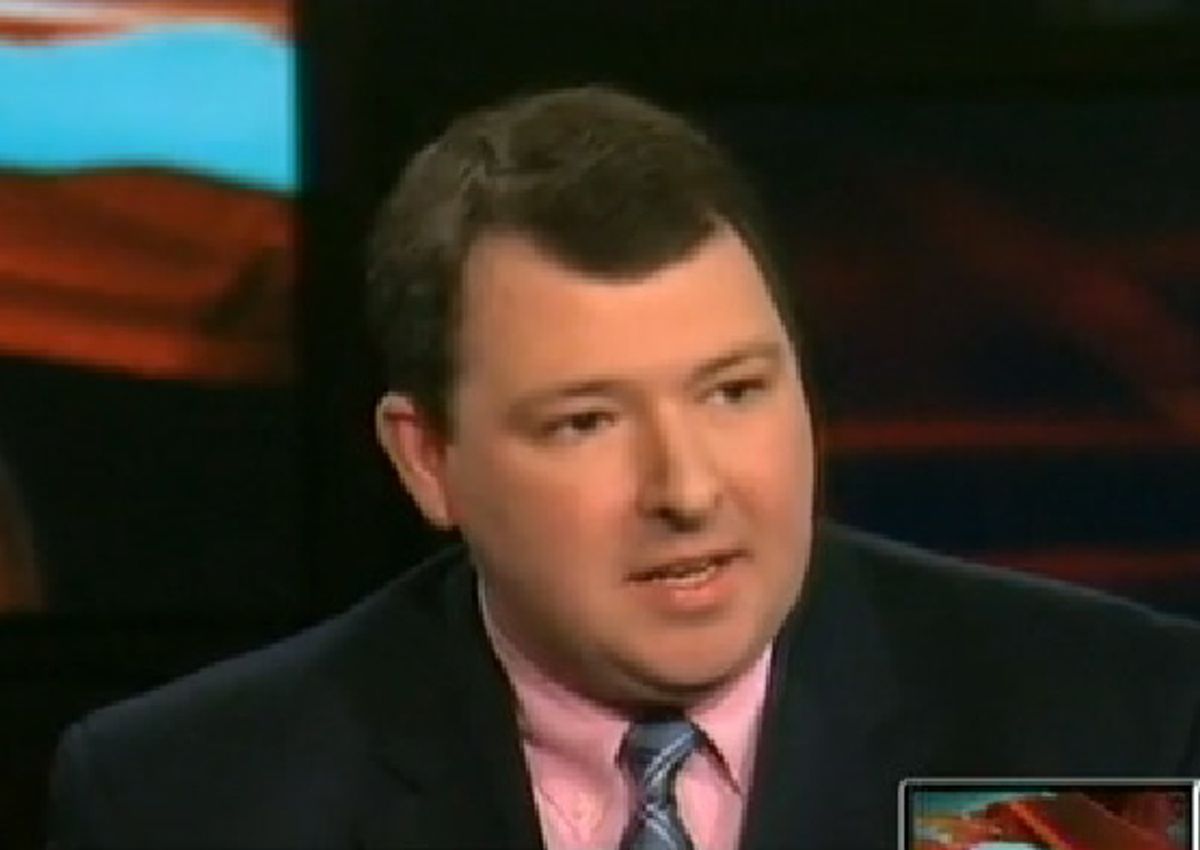 Yet Attorney General Eric Holder hired former al-Qaeda lawyers to serve in the Justice Department and resisted providing Congress this basic information. . . . Some defenders say al-Qaeda lawyers are simply following a great American tradition, in which everyone gets a lawyer and their day in court. Not so, says Andy McCarthy . . . . The habeas lawyers were not doing their constitutional duty to defend unpopular criminal defendants. They were using the federal courts as a tool to undermine our military's ability to keep dangerous enemy combatants off the battlefield in a time of war.

So any lawyer who represents accused Terrorists and argues that the Government is violating constitutional limitations in its Terrorism policies is -- all together now -- an "al Qaeda lawyer" (even if those detainees were innocent, as most were).  Worse, these "al Qaeda lawyers" -- which includes large numbers of long-time members of the U.S. military -- are "undermining our military's" efforts to keep us safe.  That sounds like treason to me.  It's great to see the leading newspaper in the nation's capital serving as the primary amplifying force for this McCarthyite smear campaign.  Does it get any more reckless and repugnant -- or primitive and stunted --  than that?  Does The Post have any standards at all?

The answer to that last question is a resounding "yes"; Thiessen is promoting their standards.  That's exactly why Fred Hiatt hired him and Bill Kristol (and why they fired their one vocal opponent of torture and other Bush crimes, Dan Froomkin) -- because they knew exactly this would happen and wanted it to happen.  It makes it very hard to do anything but cheer when one reads things like this about the Post.   Personally, I would never root for a newspaper to go out of business, but The Washington Post does far, far more harm than good, and it does that deliberately.

Note, too, how Thiessen cites Andy McCarthy as his "expert" justifying this smear campaign and only identifies him as "Andy McCarthy, the former assistant U.S. attorney who put Omar Abdel Rahman, the 'blind sheik,' behind bars" -- as though McCarthy is just some random expert Thiessen found to quote.   He doesn't bother to disclose that McCarthy is the one who originated the very smear campaign that he's being cited to defend, nor that McCarthy is Thiessen's colleague at National Review.  Anyone reading Thiessen's column would be misled into believing that McCarthy is just some objective legal expert who is defending a McCarthyite attack that he has nothing to do with.  So in addition to disseminating a repellent smear campaign, Thiessen's Post column also violates the most basic journalistic disclosure requirements.

Congratulations, Fred Hiatt:  every time people are certain you can't possibly bring the Post any lower, you manage to prove them wrong.