"Mother": A brilliant Hitchcock mystery, made in Korea

A tormented mom turns cop, lawyer and shrink in a twisty, creepy mystery from the director of "The Host" 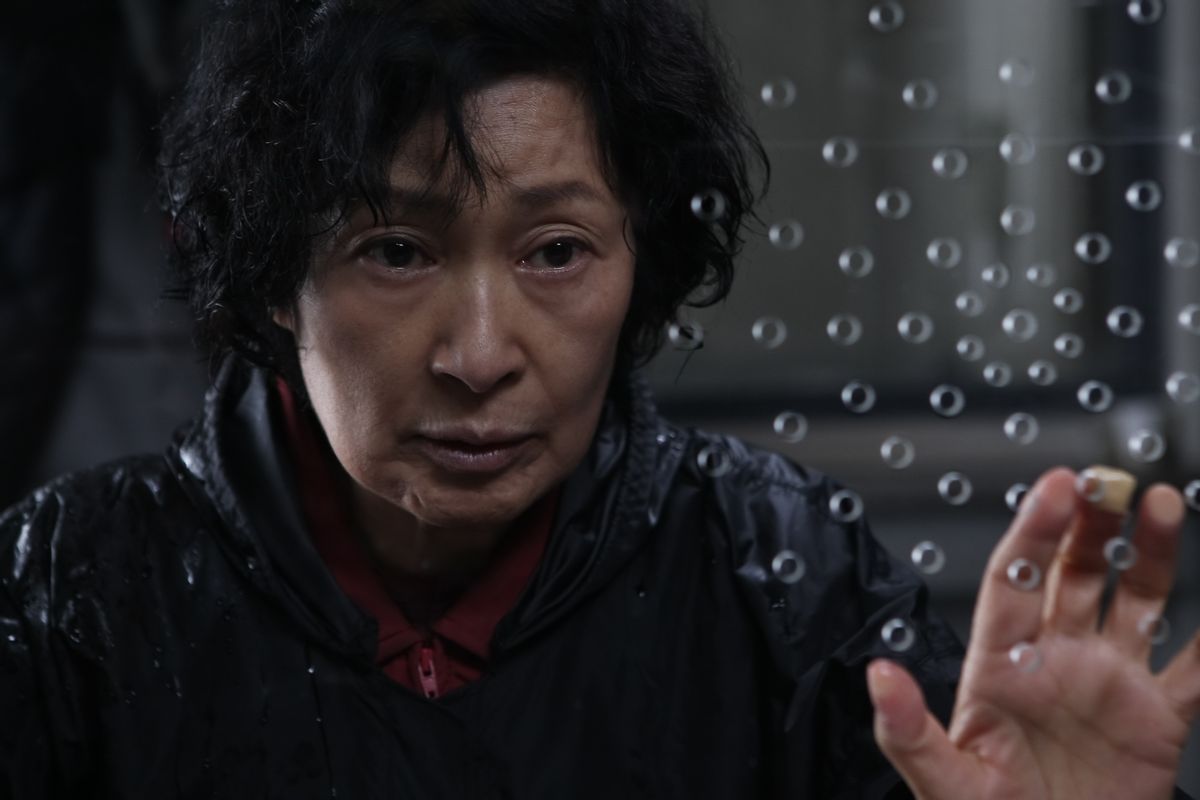 Western audiences are just starting to come to grips with the wide and varied universe of Korean film, a tradition that encompasses all possible genres and seems totally independent of Japan and China, the cinematic powerhouses of East Asia. Before the emergence of Park Chan-wook, director of the "Vengeance" trilogy and last year's demented vampire saga "Thirst," most American film buffs couldn't even have named a Korean filmmaker. Outside a cadre of enthusiasts, like the guys who host a biweekly Korean Movie Night in New York, that's probably still true, or almost true.

Bong Joon-ho, the young Korean director whose international hit "The Host" offered a strange blend of monster movie, slapstick comedy and emotional family drama, may be just about ready to join Park on the world stage. (Bong, Park and Hong Sang-soo, who makes shambling, indie-ish character comedies, are drinking buddies and often presented as the three leading figures on the ambitious edge of Korean cinema.) Bong's new "Mother" --  which has already played the Cannes, Toronto and New York festivals -- lacks the zany pop impact of "The Host" and probably isn't destined to be a big smash, but it's a slippery, marvelously crafted drama that suggests the psychological thrillers of Hitchcock or Henri-Georges Clouzot transposed to present-day Korea.

At the core of "Mother" is the complicated relationship between a simple, perhaps mildly disabled young man named Yoon Do-joon (Won Bin) and his unnamed mother (played by Korean TV legend Kim Hye-ja), the widowed proprietor of a small flower shop. Both actors were previously unknown to me, but even as the plot of "Mother" spirals from normal domestic drama into nightmare, they portray the haunted nuance of the mother-son bond with extraordinary complexity and compassion. Do-joon's mother has grown prematurely old with worry, literally tormented by the thought that something terrible could befall him. (And so, of course, it does.)

As for Do-joon, he may be a socially maladroit, lovable-looking mop top who lacks an adult-level intellect, but that doesn't mean he's mindless or stupid. If Kim Hye-ja's wounded, scheming, half-mad performance is the showstopper here, running the gamut from Medea to Miss Marple to Lady Macbeth, Won Bin's may be even better. One of the keys to "Mother" is that Do-joon knows and understands more than he lets on, the whole way through the story, and feels the same conflicted emotions toward his mom -- love and loathing, intense yearning and a desire for independence -- as does any other post-adolescent male.

At this point in Bong's career, he seems to specialize in taking well-established narrative formulas -- the monster movie in "The Host," the police procedural in "Memories of Murder" -- and pulling them apart at the seams. This one you might call the wrong-man thriller. "Mother" has a slow and relatively genial opening, but a muttering, ominous undertone runs beneath it the whole time. Do-joon and his no-account best friend, Jin-tae (Jin Goo), get in trouble for attacking a group of rich and prominent golfers after a traffic accident, but the incident is only a comic preview of the tragedy to come. When a local schoolgirl is found dead -- the first murder local cops can remember -- Do-joon becomes an easy target. He was wandering the neighborhood drunk and alone, has no alibi, and walked right past the girl minutes before her death. He can't even remember how he got home, and when the police ask him to sign a confession, he does. Case closed.

Do-joon's mother is of course the only person in town who believes he is innocent, and in the face of public indifference and ridicule must turn gumshoe, defense attorney and shrink in her efforts to free him. Entirely alone, she must hunt down Jin-tae -- who seems to have disappeared, perhaps after framing Do-joon -- hire thugs, pursue missing witnesses and investigate the dead girl's family, which has secrets of its own. More important still, she must shake Do-joon from his prison lethargy and somehow jog his memory, since the evidence suggests he was very near the murder scene.

You could certainly describe "Mother" as an impeccably realized murder mystery, whose clues are so cleverly woven into the story that you won't see them until they all click into place. But Bong is pushing past the constraints of the genre into claustrophobic psychological portraiture: Kim's increasingly disheveled and obsessive character is both hero and monster, protector and destroyer. She is driven by the most basic of human emotions -- a parent's unconditional love for her child -- and also blinded by it, to the point that she barely notices her own amoral and ruthless behavior.

This is a radically different kind of movie from "The Host," which was constructed around a lovable if ridiculous group of central characters. Bong never allows us to fully understand Do-joon and his mother, let alone like them, and he preys on the misguided assumptions we're likely to make. Some viewers will find "Mother" a cold or mannered film by comparison, and I guess it is. But its combination of dazzling cinematic craft, psychological insight and black humor make this one of the year's moviegoing musts -- and even or especially at her most deranged, Kim Hye-ja's amazing mother is profoundly, passionately human.