In a "prequel" excerpt, Candace Bushnell forgets Carrie Bradshaw's history, but condemns fans to read it 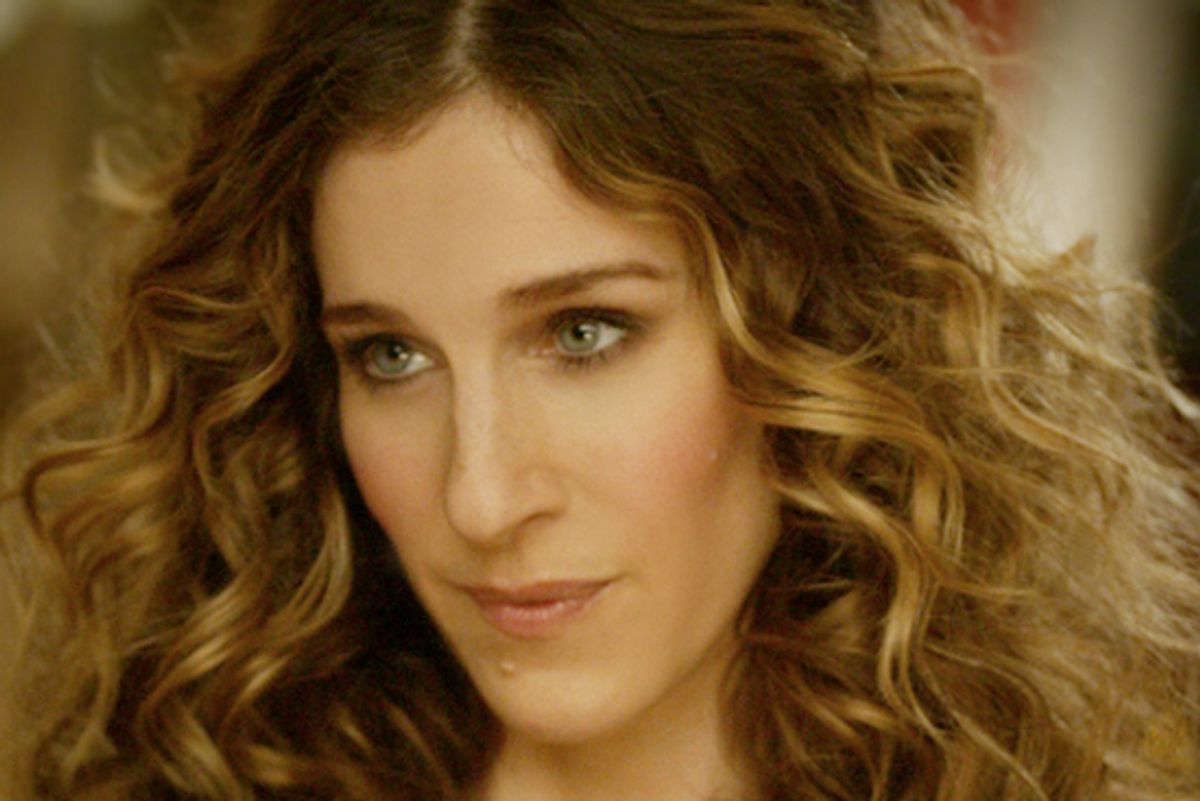 If there's one surefire way to reboot a moribund franchise, it's to send it back to high school. It worked for Superman in "Smallville." It's happening for Spider-Man in the next installment of the webbed hero's adventures. And now, while "the girls" of the "Sex and the City" movies wobble into menopause on their Jimmy Choos, their creator, Candace Bushnell, is sending Carrie Bradshaw back to a time of youth, rebellion and crazy big hair – the '80s.

"The Carrie Diaries" doesn't hit stores until late April, but the opening pages debut in the new Teen Vogue, out today. Who, after all, comes as close to the adolescent equivalent of Carrie Bradshaw than a Teen Vogue reader? Perhaps that's why the teaser isn't so much a bit of whimsical nostalgia as a fairly shameless attempt at catching the eye of the "Gossip Girl" generation.

While it's mildly interesting for fans to consider exploring the back story of a character who appeared to have sprung fully formed wearing a tutu in the middle of Manhattan, Bushnell herself doesn't appear concerned with staying true to the clues of Carrie's previous life glimpsed during the run of the series. In just a few paragraphs, we learn that young Miss Bradshaw didn't have a boyfriend in junior year -- tell that to David Duchovny.  Likewise, her dad is pushing her to go to Brown -- despite the fact that future Carrie's string of toxic boyfriends can at least partly be attributed to her father abandoning her as a child.  There's also a (failed satirical?) reference to the nearly 500-page DSM-III as "this tiny manual about mental disorders," and a book cover that riffs on Stephen Sprouse's Louis Vuitton clutch, which any self-respecting fashionista knows debuted in the 2000s.

Maybe the average 16-year-old looking for a breezy spring break read won't care much about such anachronisms, but give her -- and those older ladies who are quietly gobbling up "Twilight" -- a little credit for preferring a good yarn. While the HBO series always offered occasional wit and indulgent eye candy, Candace Bushnell herself remains one of the most godawful writers in creation. "My heart pounds in my throat; if I open my mouth, I'm afraid it will jump out," she writes. "I shake my head." It's young adult writing, all right, in the sense that it's authentically juvenile.  And though Reagan-era Carrie is equally "obsessed with feminism" and her white patent leather boots, I couldn't help but wonder: Why the hell would anybody read about her?

Broadsheet Love And Sex Sex And The City