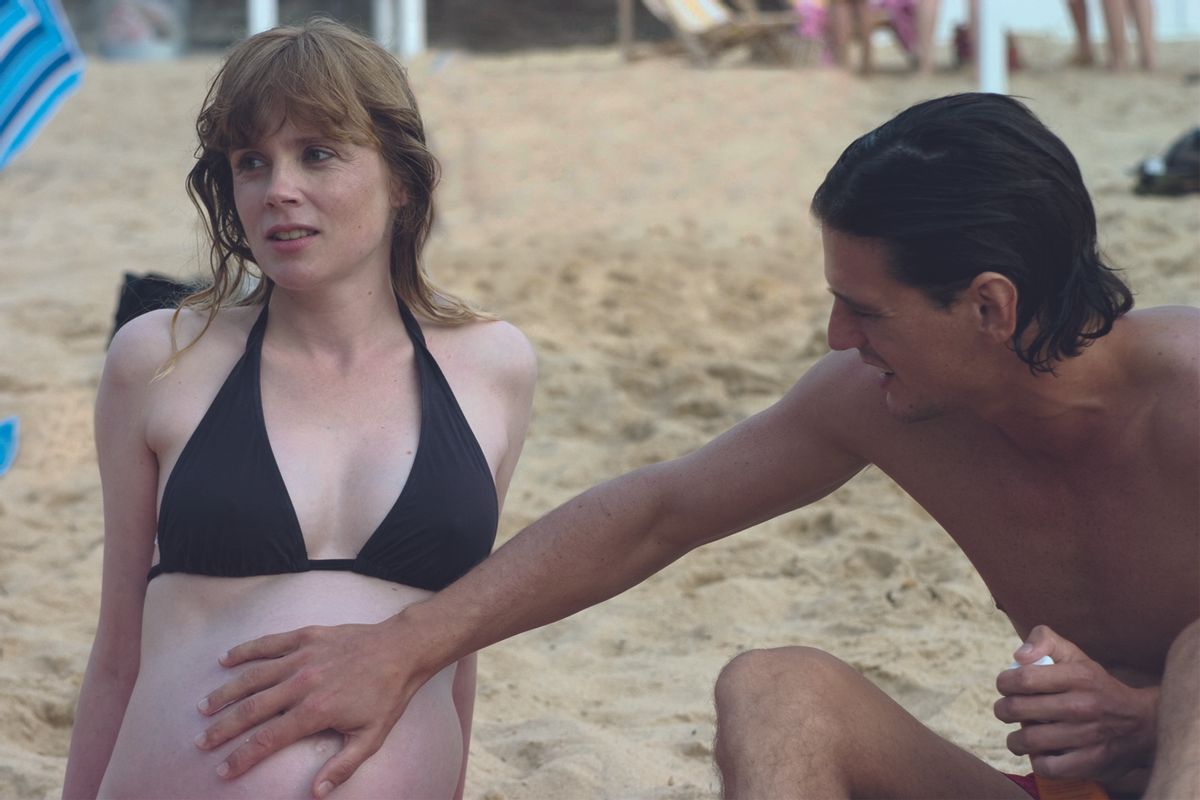 A still from Le Refuge
--

Although it's just one among the numerous film series hosted throughout the year by New York's Lincoln Center, the annual Rendez-Vous With French Cinema festival (which runs through this weekend) has become a major event for Gotham's film buffs. This reflects the privileged status the nation of escargots and existentialism enjoys in the movie universe, and indeed in the American cultural imagination. After all, right-wingers didn't waste any time castigating Belgium for its refusal to support the Iraq invasion, and didn't campaign to change the name of Swedish meatballs. For reasons that are both historical and psychological, France remains a special case.

Even in the current parched landscape for foreign-language releases, at least 9 or 10 of the films in this year's Rendez-Vous will ultimately play American theaters, with more likely to follow. For many educated, middle-class Yanks, foreign films pretty much equate to French films, as antiquated as that conception may be in terms of world cinema. With rare and occasional exceptions, movies from Spain, Italy, Germany and Latin America simply can't compete in the United States market -- and even East Asia, with its vast population and multiple film industries, probably doesn't supply as many movies to American screens as the French. (The 2009 foreign-language box-office champ, as far as I can tell, was the supremely dull biopic "Coco Before Chanel," which typifies a certain strain of by-the-numbers French costume drama.)

If this phenomenon largely reflects France's distinctive post-World War II identity as the anti-America -- or, more precisely, as a nation deeply indebted to America yet paradoxically devoted to resisting its cultural and commercial hegemony -- it also goes back to the very beginnings of cinema. Since the days of Thomas Edison and the Lumière brothers, France and the U.S. have competed for the role of first and foremost among filmmaking nations. It tells you something that the Lumières pioneered cinema as a medium for public exhibition, and then ditched it as a novelty with no future. Edison took a somewhat longer view, and made a mint by bootlegging the first important French film (Georges Méliès' "A Trip to the Moon") for American distribution.

Although the French lost the battle for global cinematic supremacy a long time ago -- so far in 2010, American movies have taken about 60 percent of box-office receipts in France -- the impression lingers around the world that French film is superior in terms of quality if not quantity. Do Jean Renoir, François Truffaut and Jean-Luc Godard somehow outrank, I don't know, John Ford, Stanley Kubrick and Steven Spielberg? I'm not sure how you even start to answer that question, but I'll tell you this much: No French filmmaker that I've ever met would even ask it. The two nations' cinematic traditions have profoundly influenced each other from the word go, but at this point French directors owe more to Americans than the other way around.

Whether French movies are "better," overall, is inherently a matter of taste. But even if you think they are, that largely reflects the extent to which the French have appropriated an American language and made it their own. The term "film noir" was of course coined by French critics and film theorists, and is now applied to movies made all around the world. But the phenomenon it described -- a moody, fatalistic crime movie, made on the cheap and embodying a dim view of human nature -- was invented in these here United States, during our mid-century reign as the alleged world capital of optimism.

France has one thing that we haven't had for a long time: a genuine "film culture" in which certain movies deemed important by the intelligentsia are discussed and debated extensively, despite their commercial insignificance. Of course you can see that occasionally in the American media; I imagine more people read articles about "Hounddog" or "Antichrist" than actually paid to see them. But in France, idiosyncratic national filmmakers like Arnaud Desplechin, Claire Denis, François Ozon or Christophe Honoré are understood by the Parisian educated classes as major cultural figures, even if most of their fellow citizens couldn't pick them out of a police lineup. It's difficult to come up with American parallels -- Paul Thomas and/or Wes Anderson? Noah Baumbach? Ramin Bahrani? -- who provoke any similar level of attention.

Ozon and Honoré both have new movies in Rendez-Vous this year, which Francophiles around the country will get at least a brief opportunity to see on the big screen. Their films are oddly similar, doleful explorations of motherhood, even if Ozon's "Le Refuge" is a character drama with tragic overtones and Honoré's "Making Plans for Lena" is fueled by edgy, neurotic comedy.

Christian Carion's spy adventure "Farewell," while it's well-acted and adapted from a fascinating piece of true-life Cold War espionage, exemplifies the kind of French commercial film that's better done by Hollywood. On the other hand, Lucas Belvaux's tense thriller "Rapt," which follows the harrowing abduction of a rich and decadent businessman, borrows elements of "24" and other contemporary TV procedurals, while also painting a compelling portrait of French society's uppermost edges. (I haven't seen Riad Sattouf's "French Kissers," a movie that purportedly offers a Gallic riposte to contemporary American comedies like "American Pie" or "Superbad.")

"Mademoiselle Chambon," a delicate love story starring Vincent Lindon as a dad drawn to his son's schoolteacher (the lovely Sandrine Kiberlain) was an unexpected surprise. Lindon also appears as a gruff Calais swimming teacher who takes a Kurdish immigrant under his wing in Philippe Lioret's "Welcome," a moving, organic exploration of rising anti-immigrant sentiment and its tragic consequences. Many more of the films in Rendez-Vous will reach theaters in coming months, including the Bond-gone-Gallic spy farce "OSS 117: Lost in Rio" (a sequel to the hyperactive but frequently hilarious "OSS 117: Cairo, Nest of Spies"), Robert Guédigian's French Resistance drama "The Army of Crime," Michel Gondry's family documentary "The Thorn in the Heart" and a rerelease of Jules Dassin's 1959 melodrama "The Law," with Yves Montand, Gina Lollobrigida, Marcello Mastroianni and Melina Mercouri.