The healthcare bill: 10 things you need to know

Slide show: It passed the House on Sunday. Putting aside all the political noise, here's what's in it 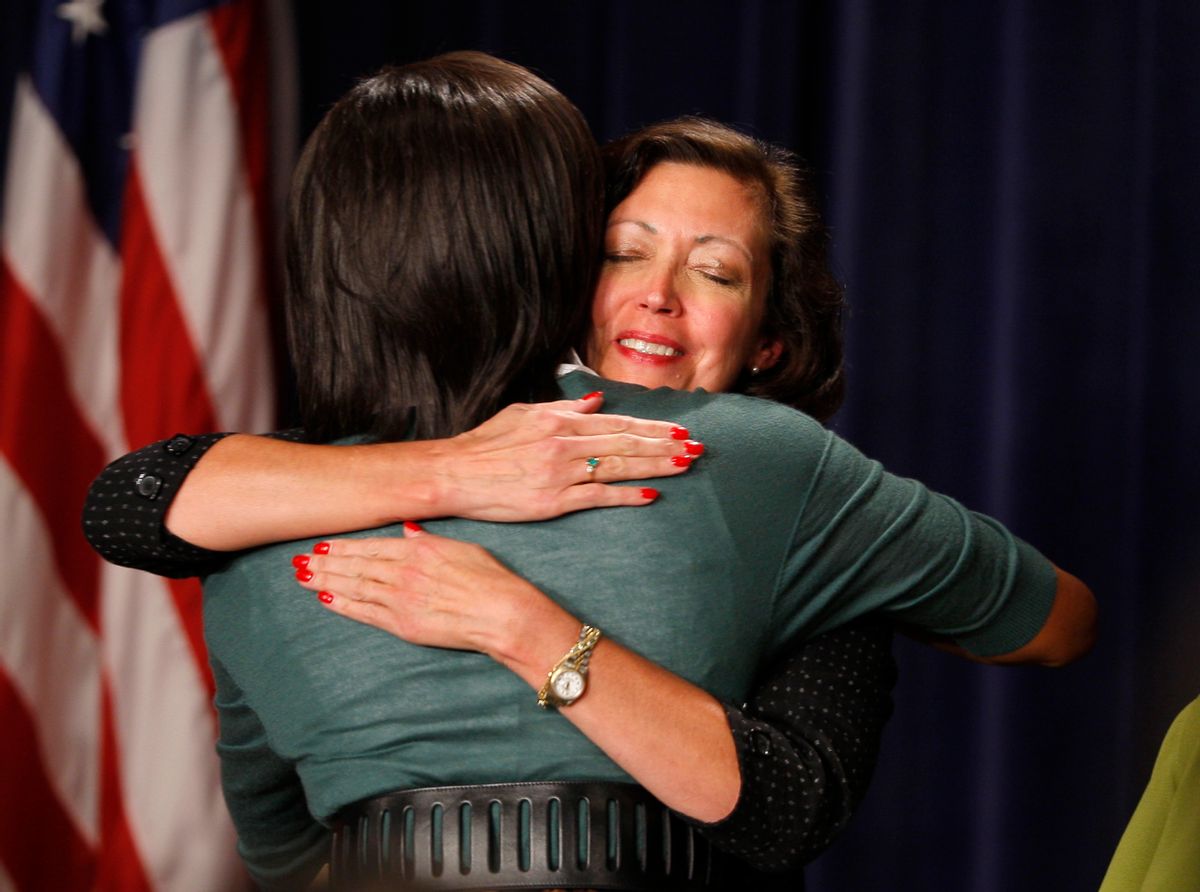 Debi Trauth (R) of Cincinatti, Ohio, hugs U.S. first lady Michelle Obama at a health care event at the White House in Washington, September 18, 2009. Trauth is a widow with a teenage son who had difficulty finding a healthcare insurance policy that would cover her because of their pre-existing conditions that included her son with a sprained ankle, and she had taken an antidepressant for 6 months following her husband's long battle with cancer. Michelle Obama joined the U.S. Health Care reform on Friday with an event at the White House where three women shared their healthcare cost on stage with the first lady. REUTERS/Hyungwon Kang (UNITED STATES BUSINESS HEALTH POLITICS) (Reuters)
--

The House is moving toward a vote Sunday on a package combining the Senate's version of the healthcare reform bill with some "fixes" that House and Senate Democrats, working with the White House, have agreed are necessary. In the year or so that Congress has been working on the bill, what it would actually do has gotten a bit lost, drowned out by tea parties, angry town halls, endless debate over process and the daily political up and down of the legislation.

The bill isn't the government takeover of healthcare that Republicans say it is, and it isn't a socialist scheme. But it would significantly change the way healthcare is paid for and delivered in the United States, and it would represent an enormous expansion of access to medical care. Now that it actually looks like it may be close to passing, here is Salon's guide to the 10 things you need to know about the healthcare reform legislation: