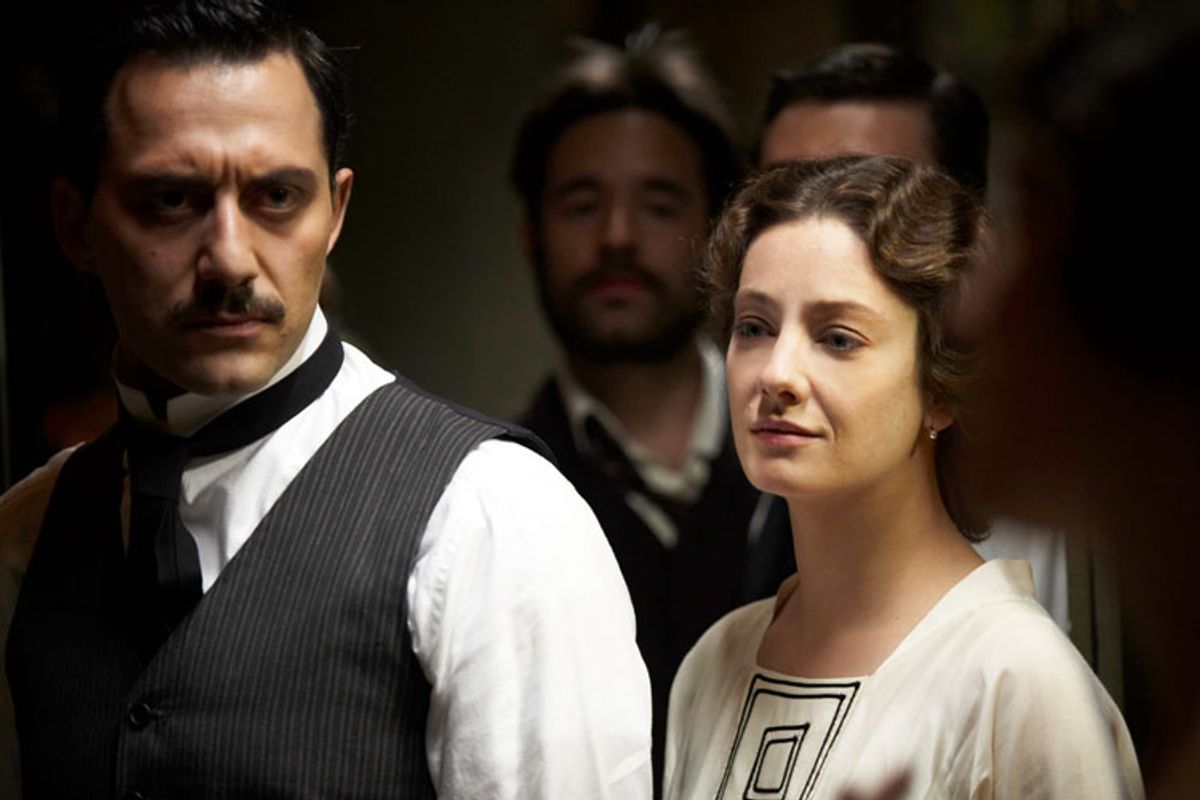 Recently I wrote about the special status that French movies still enjoy, even in the shrinking marketplace for art-house cinema. For reasons I don't completely understand, Italian film, over the last 20 years or so, has had pretty much the opposite problem: The best and most ambitious examples go virtually ignored by American distributors, often in favor of more commercial comic-dramatic Oscar fodder like Giuseppe Tornatore's "Cinema Paradiso" or Roberto Benigni's "Life Is Beautiful."

Just within the last two years, the recent outpouring of pictorial energy and formal innovation in Italian cinema is finally forcing itself onto the fringes of American culture. Matteo Garrone's bleak crime epic "Gomorrah" and Paolo Sorrentino's sardonic, operatic political saga "Il Divo" -- both available on DVD -- borrowed techniques from Italian (and Italian-American) filmmaking legends to bear on their scathing portrayals of contemporary Italy's social dysfunction. Luca Guadagnino's forthcoming "I Am Love," starring Tilda Swinton as a Russian trophy wife in a super-rich Milanese household, is a sumptuous, dazzling spectacle that recalls the best films of Visconti.

That brings us to "Vincere," the knockout new film by Marco Bellocchio, who might be the greatest living Italian director but at age 70 remains almost totally unknown on this side of the Atlantic. Sometimes it feels utterly pointless to call out yet another artfully made foreign-language flick amid the unending stream of pop-clutter. I get it: You've barely got time to answer work e-mails and read your friends' Facebook posts. Some Italian movie you've never heard of? Forget it. Well, if you care about movies, I'm telling you to carve out time for "Vincere," a strange and powerful blend of historical fact and dreamlike imagination that captures both the charisma and the murderous madness of the young Benito Mussolini.

Despite some documentary elements here and there -- Bellocchio interpolates both real and invented black-and-white newsreel footage, along with scenes from Chaplin's "The Kid" and a silent version of the Crucifixion, probably from D.W. Griffith's "Intolerance" -- "Vincere" bears no relationship to a standard biopic. For one thing, Filippo Timi's magnetic performance as the young Mussolini, who in the years before World War I was a socialist leader in the northern city of Trent, takes second billing. This film's undoubted star is the glittering Giovanna Mezzogiorno as Ida Dalser, Mussolini's first love (and presumed first wife) and the mother of his first child. It's the screen performance of the year so far, stretching from erotic infatuation and total submission to anguish, rage and total defiance.

But no, "Vincere" isn't a biopic of Ida either, even if she's the central character. The title simply means "to win" (I guess it sounds better in Italian), and Bellocchio assembles a host of disparate ingredients -- animations, on-screen titles and found footage, along with the dramatic scenes -- into a Brechtian collage that illustrates Mussolini's changing politics and sudden rise to power, rather than depicting it in straightforward fashion. Maybe Bellocchio is arguing that Ida's passion and money were key elements in Mussolini's transformation from socialist rebel to fascist power-seeker, and that there was a secret understanding between them, even after he abandoned her for his official wife, Rachele Guidi. But I'm not sure about that; he may just be marveling at their combustible and insane relationship, and the ways it reflects their combustible and insane historical epoch.

If there's a flaw in "Vincere," it's the fact that the film's first 40 minutes or so offers such a parade of show-stopping cinematography (it's shot by Daniele Ciprì) and high-octane histrionics that the second half -- focused largely on Ida's dreary captivity in a series of mental hospitals -- can't possibly compete. Of course, Bellocchio is hamstrung by history here: After Mussolini seized power in 1922, Ida apparently never saw him again, or at least not up close. She was relentlessly persecuted and institutionalized; if evidence of their purported marriage ever existed, it was destroyed. Their son, Benito Albino Mussolini, was forcibly adopted by one of his father's cronies. While Mussolini in his strutting, buffoonish Il Duce mode appears in the film only in historical newsreels, actor Timi gets a second bite of the apple, playing Benito Jr. as a young man, entertaining college friends with a rip-roaring impersonation of his dad's oratorical style.

It's not exactly breaking news that those who lust for power will do almost anything to anybody on the way up, including abandoning and destroying those who helped them get there. What makes "Vincere" so oddly memorable is its combination of explosive technique and intimate focus. Even in telling the story of a world-historical figure who led his nation into momentous evil, Bellocchio depicts him as a man who loved a woman and then betrayed her, precisely because she loved him so much and understood him so well. Tyranny, after all, begins at home.

"Vincere" is now playing at the IFC Center and Lincoln Plaza Cinemas in New York, with more cities to follow. It's also available on-demand via IFC In Theaters, on many cable-TV systems.