This week in crazy: Jesse James 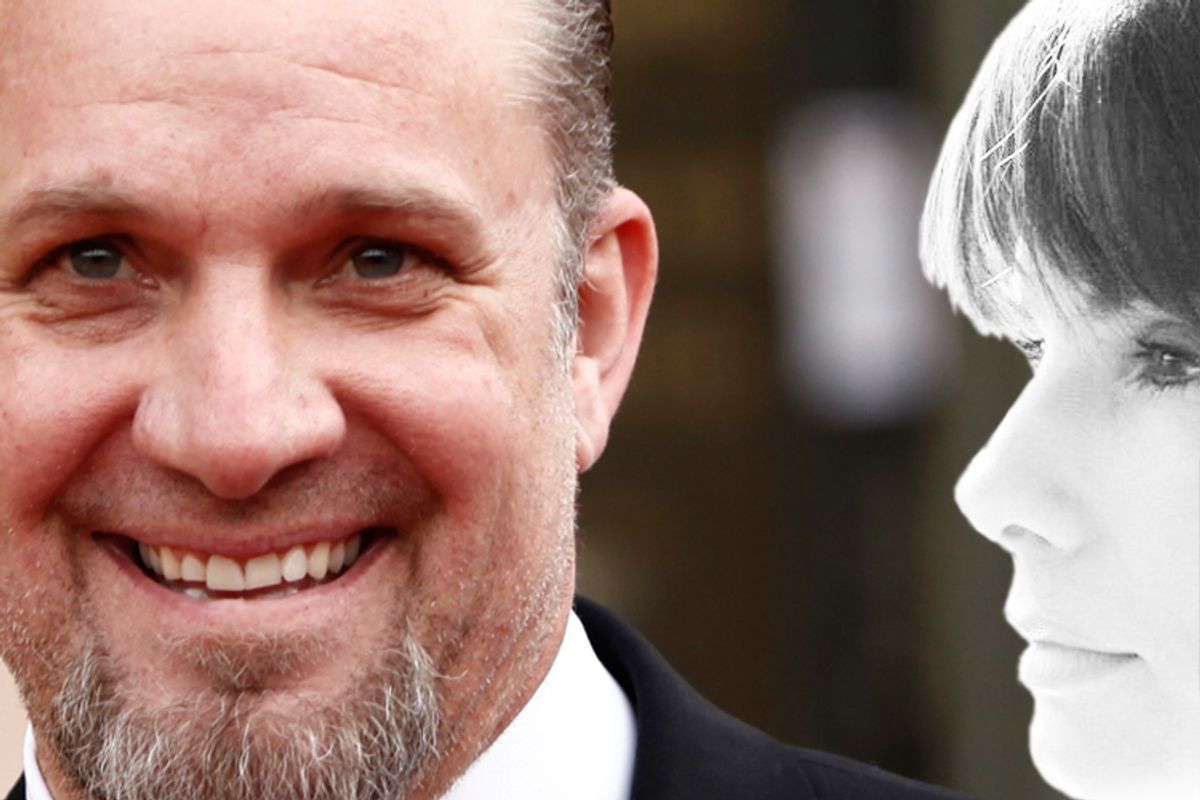 I'm not saying that if you cheat on America's sweetheart with a woman who named herself "Bombshell" it's always going to blow up in your face, but -- oh, wait, yes I am.

A week and change after Sandra Bullock won her Academy Award for best actress, Michelle McGee -- tattoo model, webcam girl and occasional fan of Gestapo garb -- spilled to InTouch magazine about her liaisons with Mr. Sandy B., Jesse James. The story was tawdry stuff: While Bullock was filming "The Blind Side," McGee claims she was getting it on for nearly a year with with the stunt-loving motorcycle entrepreneur, who turned out to be so impressively endowed she nicknamed him "The Vanilla Gorilla."

James has made a career of risky behavior -- he called his reality show "Jesse James Is a Dead Man," after all. He's also flamed out two marriages already, including one to the colorful adult film star/convicted tax evader Janine Lindemulder.

Maybe that's why he was drawn to McGee, with whom he has much in common, including an ugly divorce and a child custody battle. McGee's case, however, stemmed from her ex-husband's allegations of "stripping, pills, pornography" and not taking medication for her bipolar disorder.

We can perhaps understand, if not entirely excuse, a little weakness while one's other half is out of town. But here's what chafes about this idiot. He's all, oooh, I'm such a badass! I'm a "speed junkie," and I race airplanes and motorcycles! I used to be a bodyguard for Soundgarden! And then one crazy bitch sells him down the river for 30 G's, and you know what he does? Issues an apology so tepid, so wussy, that somewhere David Letterman and Tiger Woods are rolling their eyes in disgust. "The vast majority of the allegations reported are untrue and unfounded. Beyond that, I will not dignify these private matters with any further public comment," he told People magazine on Thursday. But he continued to comment, "There is only one person to blame for this whole situation, and that is me. It's because of my poor judgment that I deserve everything bad that is coming my way. This has caused my wife and kids pain and embarrassment beyond comprehension and I am extremely saddened to have brought this on them. I am truly very sorry for the grief I have caused them. I hope one day they can find it in their hearts to forgive me."

This whole situation? Poor judgment? What the hell? James certainly doesn't owe the world a public walk of shame, nor does he need to elaborate on the exact nature of his relationship with Ms. Bombshell. But none of that makes his statement any less a piss-poor excuse for a mea culpa. Seeing how you've built your whole rep on being fearless, how about you nut up and stop tippy-toeing about your behavior, big boy?

One could make a compelling case for McGee, with her penchant for drama and TMI regarding her paramour's prowess, as the crazy person of the week. One might even nominate Sandra Bullock, whose choice of husband seems the very essence of what single ladies like to refer to as "damaged goods." But no, we're going to have to hand it to the guy at the center of the storm, the one who sees a woman with "Pray for us sinners" tattooed on her face and doesn't stop to think: This might not end well. We give this award to James not merely for his indiscretion; no, we give this award to James for his apparent inability to learn anything about spinning a personal disaster from his fellow philanderers (of which there have been many). He's thereby guaranteed himself weeks more of bad publicity, relentless scrutiny and, no doubt, incredibly tacky revelations. That's not just poor judgment, you hot dogging, thrill-seeking maniac, you – that's just crazy.