The Fox News Channel host, once again, demonstrates how little he knows about what he's talking about 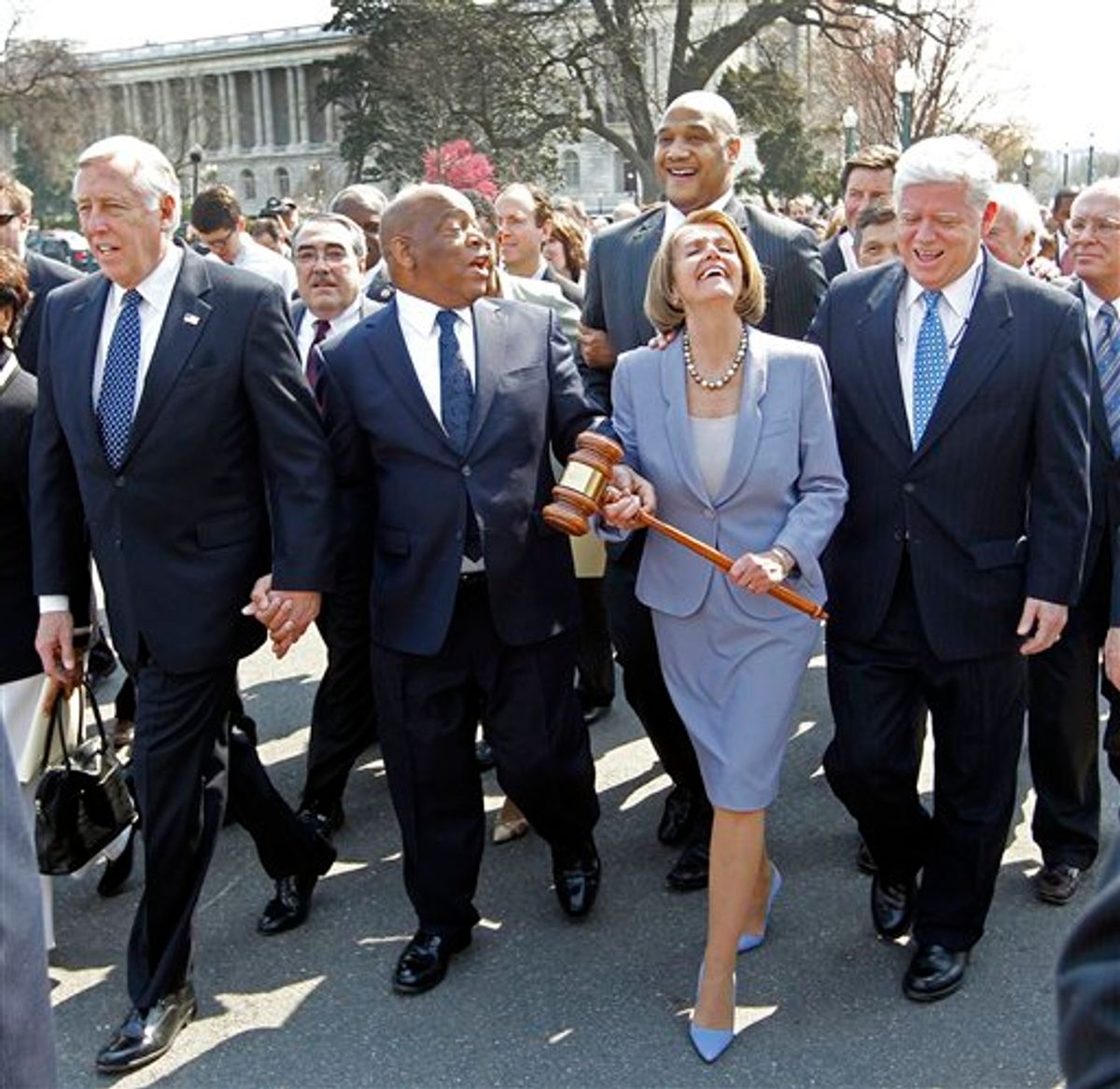 By now, it's clear that Glenn Beck has invented an entire alternate history of the United States, in which the evil Progressives seized power from the Founding Fathers sometime in the 1920s, and everything went downhill from there. Still, it wasn't until Monday -- a day after the House passed sweeping healthcare reform legislation -- that the vastness of the gulf between Beck's history and reality became obvious.

"Know what this is?" he asked, showing a photo from Sunday on the screen, before flashing to a picture of a civil rights sit-in. "They locked arms, because they wanted to compare themselves to the civil rights activists. How dare you! Look at these people! They refused to get up!"

The picture he showed from Sunday, the one that so outraged him, featured House Speaker Nancy Pelosi walking arm-in-arm with Rep. John Lewis, D-Ga. Who, of course, was a leading civil rights activist in the 1960s. And part of the reason for the arm-in-arm march across Capitol Hill Sunday was because tea party protesters had called Lewis "nigger" (and yelled other racist and homophobic names at other Democrats) on Saturday; Democrats intended to show they weren't intimidated by the crowd demanding they kill the healthcare bill, as well as evoke memories of passing civil rights legislation.

But still! How dare Lewis compare himself to the civil rights activists!