It's a sweetly communal moment for the nerdosphere, as the singer pays homage to his viral doppleganger 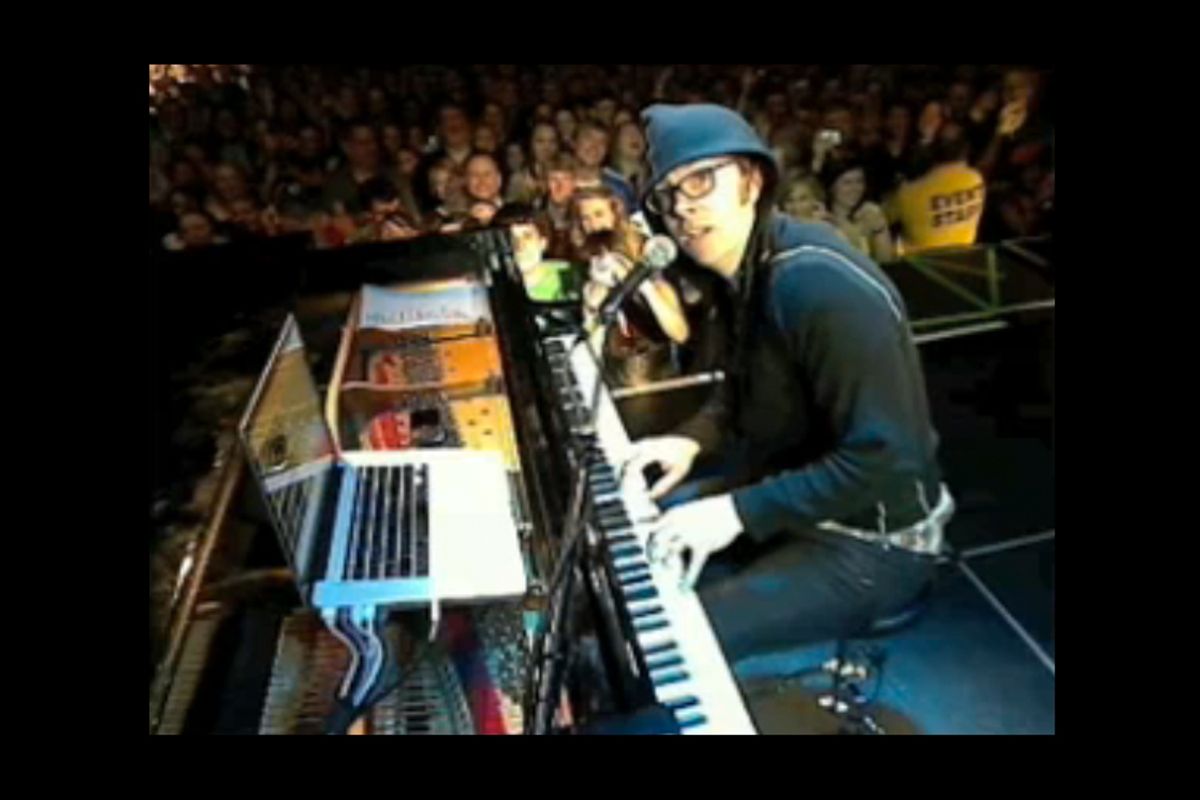 Ben Folds has always possessed an irresistible blend of talent, humor and grumpiness. But this weekend at a concert in Charlotte, NC, he took his charm to a whole new level when he sat down at the keyboard – for a little Chatroulette.

Chatroulette, as you may already know from the constant hype, is a Web site that allows users to access random webcam for the purposes of talking, playing and showing off their pensises. Chief among its breakout stars is a hoodie-wearing pianist named Merton, whose witty, improvised songs about fellow chatters have led to speculation that he's really a thinly disguised Ben Folds.

But Folds himself laid that to rest (or did he??) during his show on Saturday, when he pulled up his own hood, logged on to Chatroulette and did a little number he called "Ode to Merton." To give you an indication of what's out there on the Internet, Folds's ditties included a "Hello Mr. Shirtless Man" and "Hey, Man, Sitting on the Toilet." The performance itself is an utter delight, and the finale is so hilariously, perfectly fitting, it'll melt your rock 'n' roll heart.

It was a sweetly communal moment for a nerdosphere, bringing together those whose idea of a good night is sweating in a crowded concert hall and those who prefer to rock it sitting at home in their underwear. For Folds, it may also have been a bit of payback for every artist who's ever stood on stage giving his heart and soul to a throng impassively updating its Twitter status. Sometimes, when we spin the wheel and submit to the arbitrary nature of the Net, something close to magic happens. With a little luck, this Folds guy just might have a future as a YouTube star.