The host said he'd bail for warmer climes if healthcare passed. A new Web site is making sure that happens 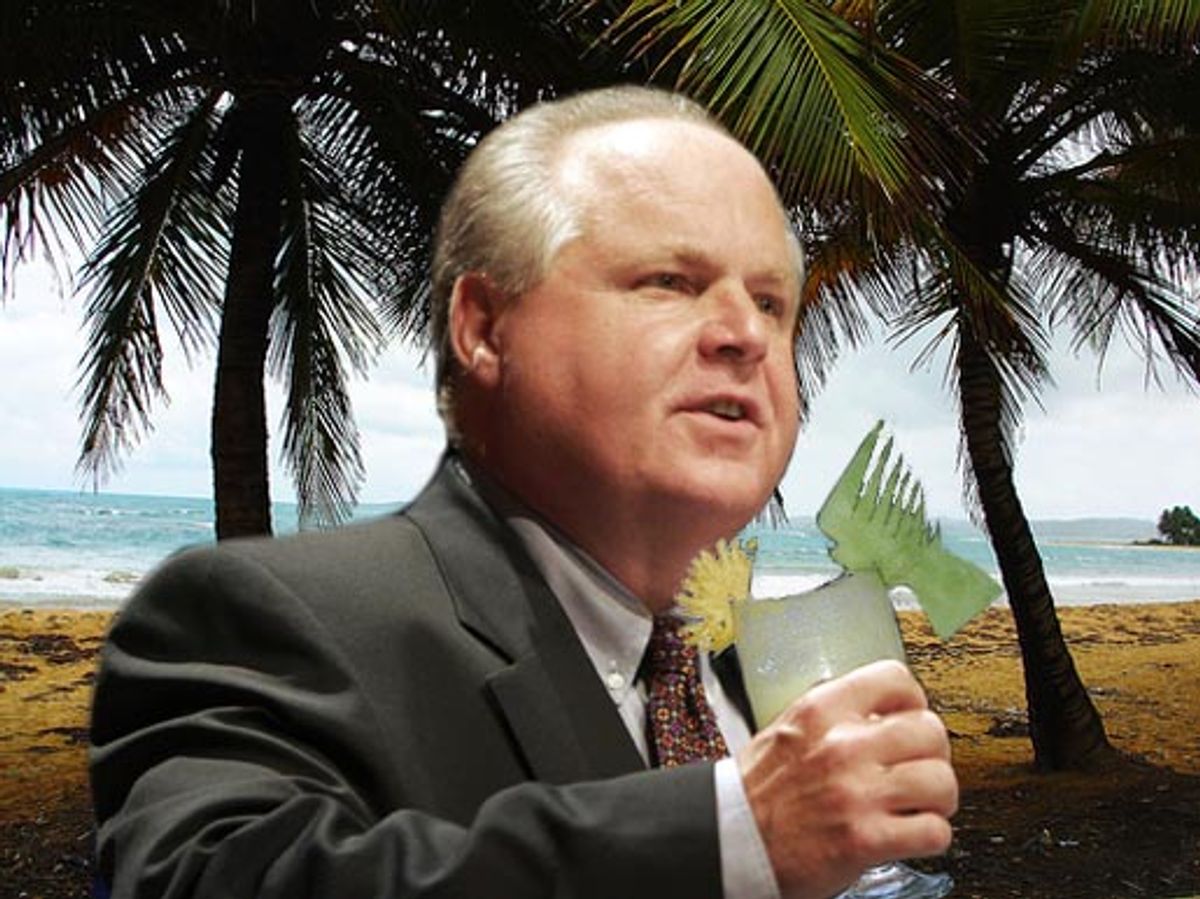 When Rush Limbaugh flippantly said that if the healthcare reform bill passes "and all this stuff gets implemented, I am leaving the country. I'll go to Costa Rica," many of us considered that the lagniappe on a measure we're already pretty jazzed about.

And so, after Sunday's historic passage of the bill, there was a burst of collective hope that the bloviating fan of prescription drugs might soon be Central America's problem. (Just don't tell him about Costa Rica's successful universal healthcare system.)

But when Monday came and went and Limbaugh issued no "Hasta la vista," two enterprising "dudes living in Brooklyn" named Mike and Patrick decided to help move things along. They created A Ticket for Ru$h, where visitors can contribute -- $1 at a time -- toward the cost of a first-class, one-way ticket to Juan Santamaria International Airport.

How eager was the Web community to expedite Limbaugh's transfer to balmier climes? Within 18 hours, the site had raised close to $1,500. But Mike and Patrick, who say they're currently uninsured, are still collecting donations and busily researching "the cost of a modest apartment in Costa Rica, cost of a moving service, and cost of Spanish lessons (just to be safe)." They're running their drive until the last day of April, when, they vow, they'll contact Rush directly with their generous offer.

Limbaugh's current difficulties unloading his Liberace museum-inspired Manhattan apartment indicate both a desire to move and a shortness of funds, so one might think he'd leap at this opportunity like a Central American squirrel monkey on a tree frog. But if the pundit balks at leaving his murals of beaches for real beaches, Mike and Patrick have pledged to give all the money to a good cause. They've earmarked the donations they collect to go to the organization Limbaugh recently described as "giddy because of all the new abortions there are going to be" under healthcare reform: Planned Parenthood.