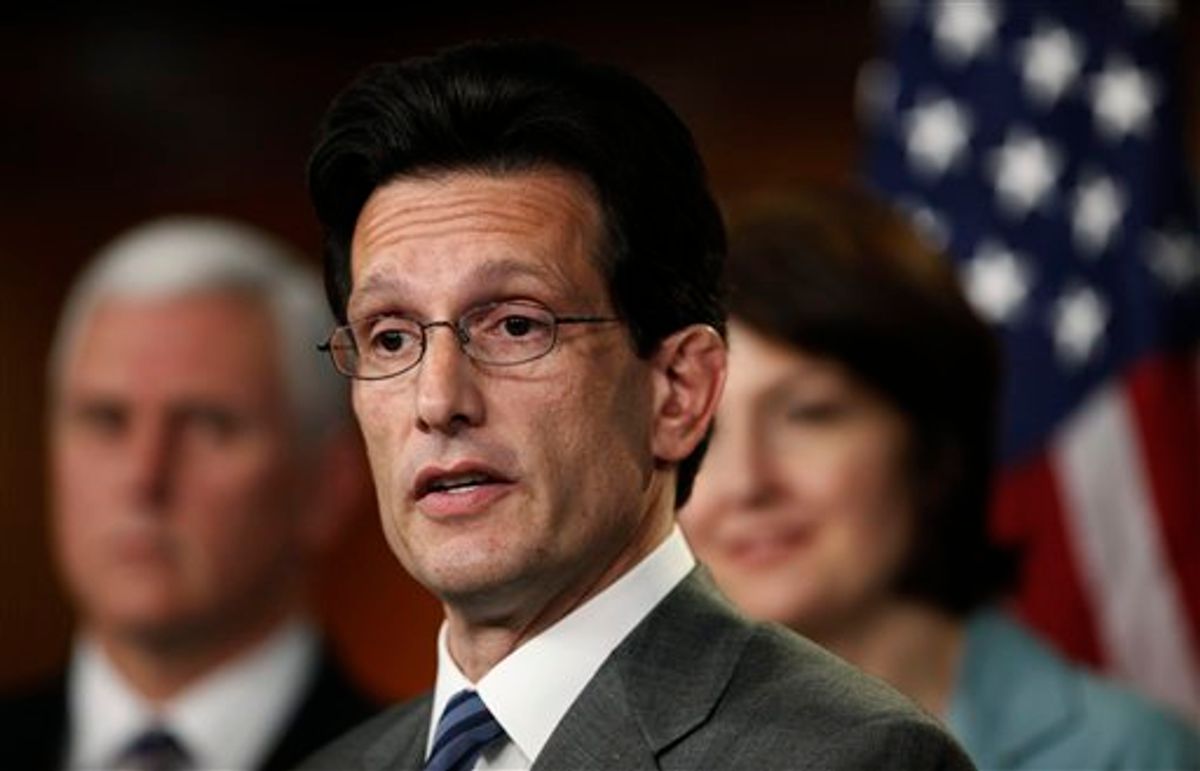 At this point, hardly anyone still thinks the bullet that crashed through a window in a building housing House Minority Whip Eric Cantor's Richmond campaign office was aimed at him. Not even Cantor, apparently.

A day after telling reporters someone shot up his office, and implying it was because he's Jewish, Cantor's story had fallen so completely to pieces that his aides didn't even bother to defend it anymore. The Virginia Republican was "very happy to find out that police attributed this particular incident to random gunfire," spokesman John Murray told CNN. And now that everyone knows the bullet that landed in a conference room Cantor sometimes uses only got there by coincidence, "we need to move on."

Of course, that wasn't what Cantor or his staffers were saying Thursday. Cantor's statement about receiving threats was as melodramatic as it was self-contradictory; he accused Democrats of stirring up trouble by talking about threats, barely a minute after he talked about threats he'd gotten himself. Within a few hours, Richmond police were telling anyone who asked that the bullet landed just inside the window on a downward trajectory, which is ballistics-speak for, "Someone just shot it up in the air and it happened to hit the building." (Hardly surprising, since the building looks pretty anonymous from the street.)

But in the meantime, the statement accomplished what Cantor set out to do. Instead of talking about threats to Democrats since the healthcare bill passed, cable news was chattering about how both parties were the victims. Aides say they didn't learn police had decided the gunshot was random until after Cantor made his statement. That may well be true -- why bother checking out the story ahead of time, when the only point of telling it is to confuse people in the first place? Even Democrats said Thursday they admired the way Cantor managed to shift the way people were talking about the threats and violence. After all, in the 24-hour news cycle, you only need to buy a few minutes to score a victory.