Five lessons from the healthcare fight 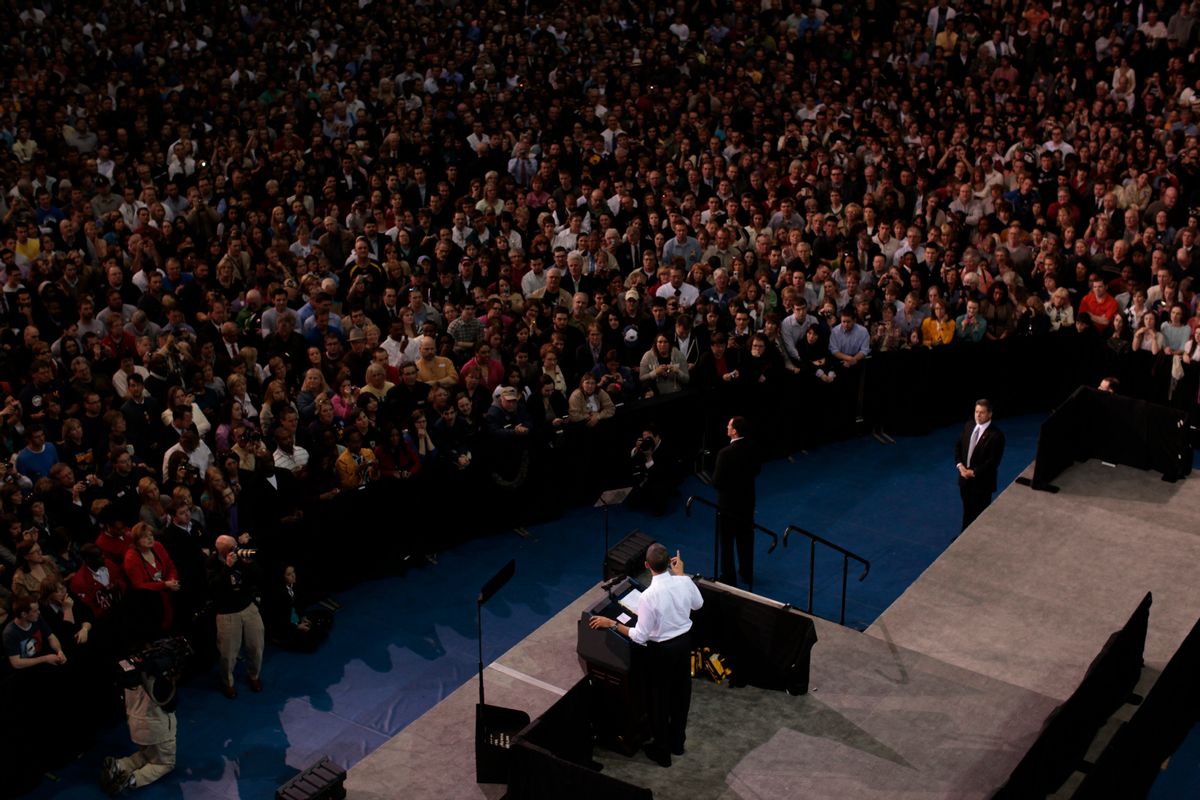 OK, so healthcare reform is done. What's next?

Looking at the push for President Obama's top domestic policy priority yields some clues for how Democrats and the White House will deal with legislation between now and the November elections. The healthcare bill was pronounced dead over and over again, as passage slipped to more than a year after the White House first gathered lawmakers, lobbyists and activists to talk about reform that everyone said had to happen quickly. But each time, it staggered back to life. Could the same thing happen with financial reforms, stalled climate change legislation, or an immigration reform bill that pressure is mounting to pass? Here are five lessons the healthcare debate might teach about how to move forward with difficult policies in an election year.

1) Forget bipartisanship. The initial plan with healthcare was to put together a grand coalition; industry would join with advocacy groups, Democrats would join with Republicans, and everyone would live happily ever after. That all started to fall apart after last August, as angry rhetoric at congressional town hall meetings freaked out Democrats and left no doubt that the GOP would stick to "no."

In the end, no Republicans in either the House or Senate voted for the healthcare bill that ultimately passed (and only one House Republican, Rep. Joseph Cao of Louisiana, ever voted for it). Senate Democrats spent months trying to pick off a GOP vote or two, the way they had done on last year's stimulus bill, perhaps forgetting that they'd already spirited one of those GOP votes into their own caucus. Republicans have already made it clear that they're not that interested in handing Obama any victories; just this week, Sen. Bob Corker, R-Tenn., lamented his party's failure to work with the Democrats on financial reforms. If there's no way to get Republican votes, don't expect Democrats to try too hard for them. And after it turned out the budget reconciliation process worked just fine for healthcare, don't expect Democrats to worry too much about procedural arguments in the future, either.

2) Use the bully pulpit. Obama was by far the best salesman for the legislation. And when his sales pitches took the form of fiery campaign-style speeches, they were much better than last summer's dry town halls were. "The president as professor -- which is what he tended to be at these town hall meetings when he would give very long answers to people's questions -- it's not a classroom," says Richard Kirsch, executive director of Health Care for America Now, a labor-backed group that pushed for the healthcare law. "And people had trouble following."

Aides on Capitol Hill say a more active, more fired-up Obama earlier in the process might have had them ready to go sooner. By the final push, when Obama was openly warring rhetorically with insurance companies, polls started to turn around. Progressive critics of the administration's style frequently complain that Obama won't make sharp contrasts between what Democrats want to do and what Republicans want to do; in the end, that's exactly what it took to win the healthcare debate.

3) Don't play defense. This is one lesson some Democrats say the party will have to pay particular attention to between now and November on healthcare. But it goes for other policies, too. Instead of sitting back and absorbing attacks -- the healthcare bill will set up death panels, the climate change bill will establish a national energy tax -- the White House and lawmakers need to get out and talk about what their ideas will do to help voters.

After all, the healthcare reform bill faced the most peril when there was no compelling narrative about what it would do. As Democrats dithered in Capitol backrooms, Republicans played directly to the tea party crowd screaming about socialized medicine. "The election is going to be about the economy and healthcare, but it's also going to be about a party that actually solves problems and a party that doesn't," says Democratic consultant Chris Kofinis. "And Democrats are solving the problems, and Republicans are not." As the White House moves on to bank reform, expect to hear more -- earlier -- about why it's necessary.

4) The House and Senate shouldn't be enemies. After Scott Brown won January's special election to take the Senate seat left open by Ted Kennedy's death, House Democrats went into open revolt against their colleagues on the other side of the Capitol. It took weeks before leaders in both chambers were able to work things out; the Senate couldn't deal with the legislation again, but even though there wasn't any other real way out, the House was furious at the thought of passing the bill the Senate had sent over.

Only when the Senate demonstrated that it would follow through on its end of the healthcare bargain -- and actually pass, through budget reconciliation, the fixes the House demanded -- was it possible to make more progress. But now that could smooth the path forward for other issues, too. Speaker Nancy Pelosi has demonstrated, beyond much doubt, that she's able to muscle enough votes for just about anything Democrats want to do. And Senate Majority Leader Harry Reid overcame the fact that his caucus includes people like Blanche Lincoln, Ben Nelson and Joe Lieberman -- who all give the impression that they're trying to get people to think they're Republicans -- and delivered in the end. Could that help House Democrats begin to trust the Senate again? Climate change legislation, passed last summer on a tough vote in the House, is still languishing in the Senate; picking that up and doing something with it would be a good first step for the Democrats' own reconciliation process.

5) Take the long view. This has been something of a mantra for Obama aides, going back to the early days of the Democratic primary campaign in 2007. But the healthcare debate proved it works. At any number of moments during the last year, Democrats could have pulled the plug on the bill, and few people in the Washington political establishment would have been surprised. The legislation got less and less popular; Republicans were more and more emboldened; why keep pushing for something that was doomed to begin with?

But the cable news pundits turned out to be wrong. And suddenly, now that the bill has become law, it's getting more popular. The lesson here is one of perseverance. Democrats still have big majorities in both houses of Congress (at least until November). If they want to keep them, they can't give up on their priorities when they run into trouble. Instead of getting sucked into the chatter of the 24-hour news cycle, focusing on the endgame can help bring it about.