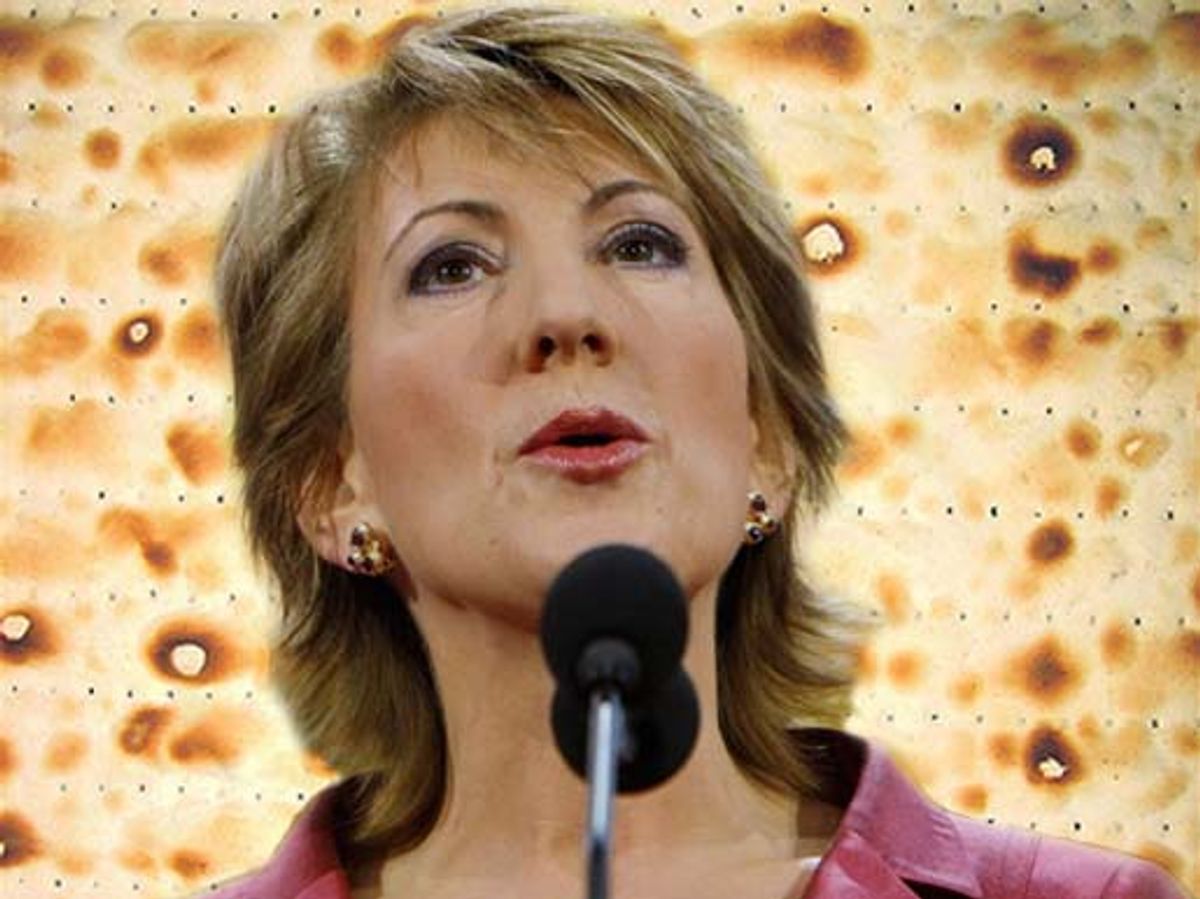 Give Carly Fiorina's Senate campaign credit for chutzpah, at least.

The candidate for the GOP nomination in California sent out a Passover message early Tuesday to supporters, trying to show Jewish voters she cares. "Passover is a time of remembrance and thanks," the message started. After a few sentences, it got to this one: "This week, as we break bread and spend time with our families and friends, I hope we also take a moment to say a word of thanks for our freedom and for those who have given their lives in freedom's name."

Of course, the one thing you don't do to celebrate Passover is break bread. Gleeful Democrats e-mailed around links to press reports in California and elsewhere mocking Fiorina. "It's matza, darling," the San Francisco Chronicle said.

So Fiorina's campaign tried to undo the damage. "We meant all bread, leavened and unleavened, and matzoh is just unleavened bread so that's what we meant by that," a spokeswoman told the Sacramento Bee.

As political spin went, it was pretty weak. But at least this time, there were no demon sheep involved. Pass the gefilte fish, will you, Carly?