This school production of the gangster classic is a motherfudging riot. Who cares if it's a hoax? 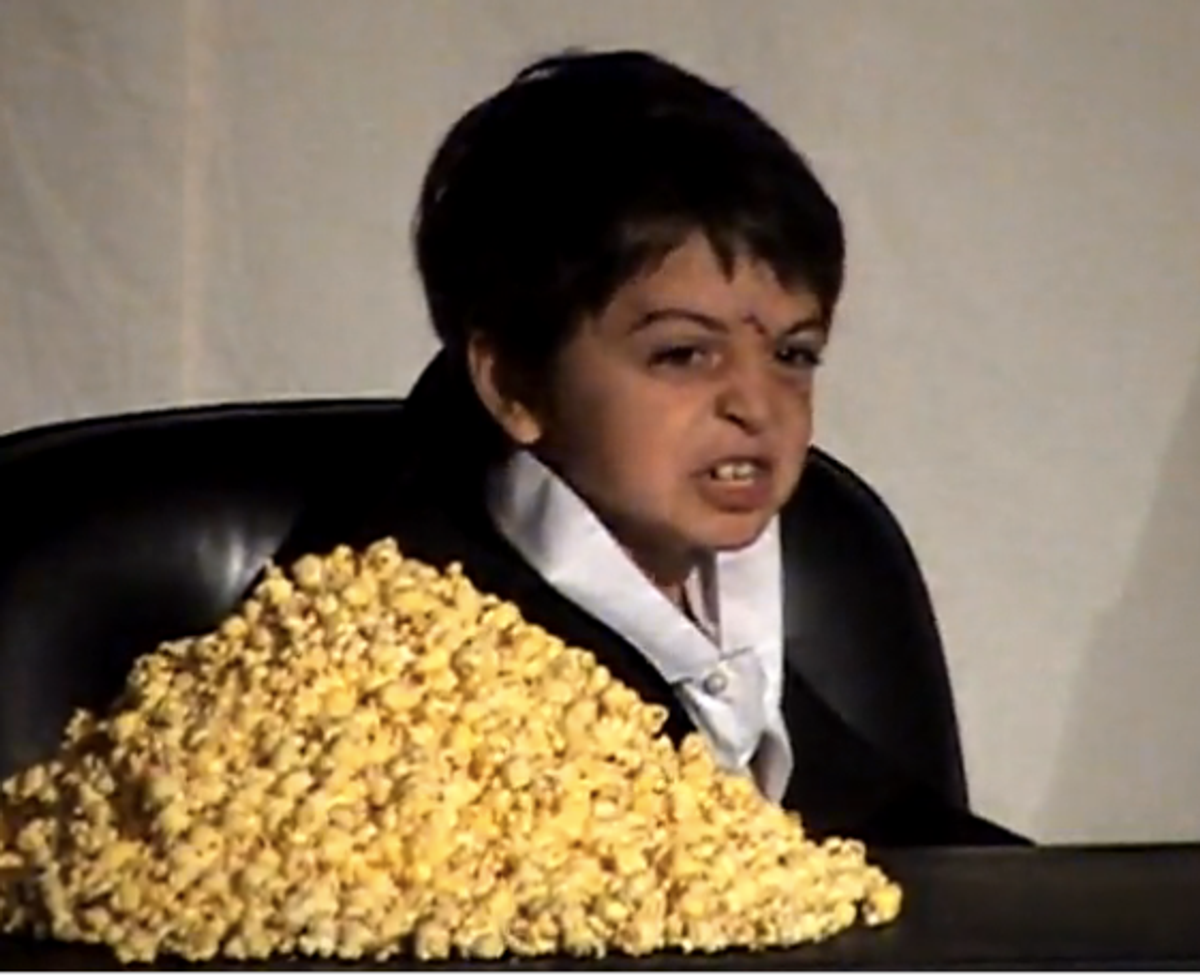 Kids. Wigs. Popcorn. Tony Montana. That, people, is how you make a YouTube hit.

When suspiciously all-American YouTuber Cindymomof6 posted a climactic scene from an alleged Bartonville, Illinois elementary school production of "Scarface" yesterday, it seemed too appallingly good to be true. A self-professed fan of sewing, scrapbooking and Sarah Palin mixing it up with Cuban drug lords? A bunch of cute tykes calling each other "Son of a B"? The remote possibility of anything that would make Oliver Stone blow a gasket? Really? Oh, if only.

I live in a neighborhood where dads regularly show up at the playground in "The World Is Yours" tees, where a bunch of fourth graders performed "Smells Like Teen Spirit" at our school's last talent night, and even I was skeptical when the video began zooming around friends' Twitter feeds. Cindymomof6, if they're not doing pint-sized Brian DePalma adaptations in my godless Manhattan Sodom, there's no way in hell they're doing it out there in Jesusland.

Sure enough, TMZ was on the story like white on Al Pacino's face. By early Tuesday morning, they'd unmasked Marc Klasfeld and Rockhard Films -- whose prior credits include not Flipcammed birthday parties but Lady Gaga's "Pokerface" -- as the directors behind the mini opus. The kids? Professionally cast actors. The audience? Friends and family. The locale? Not small-town USA but sin-soaked Los Angeles.

But while the clip may be as real as a Max Fischer production, it's also just as much fun. It's definitely sure to fill your fudge-bomb quota for the week. And considering the dire state of public school funding, I can't be the only one who smells a moneymaking idea here that kicks bake sale butt. Now, who wants to help me bang out a G-rated version of "Fight Club"?