The death -- and life -- of art-house cinema 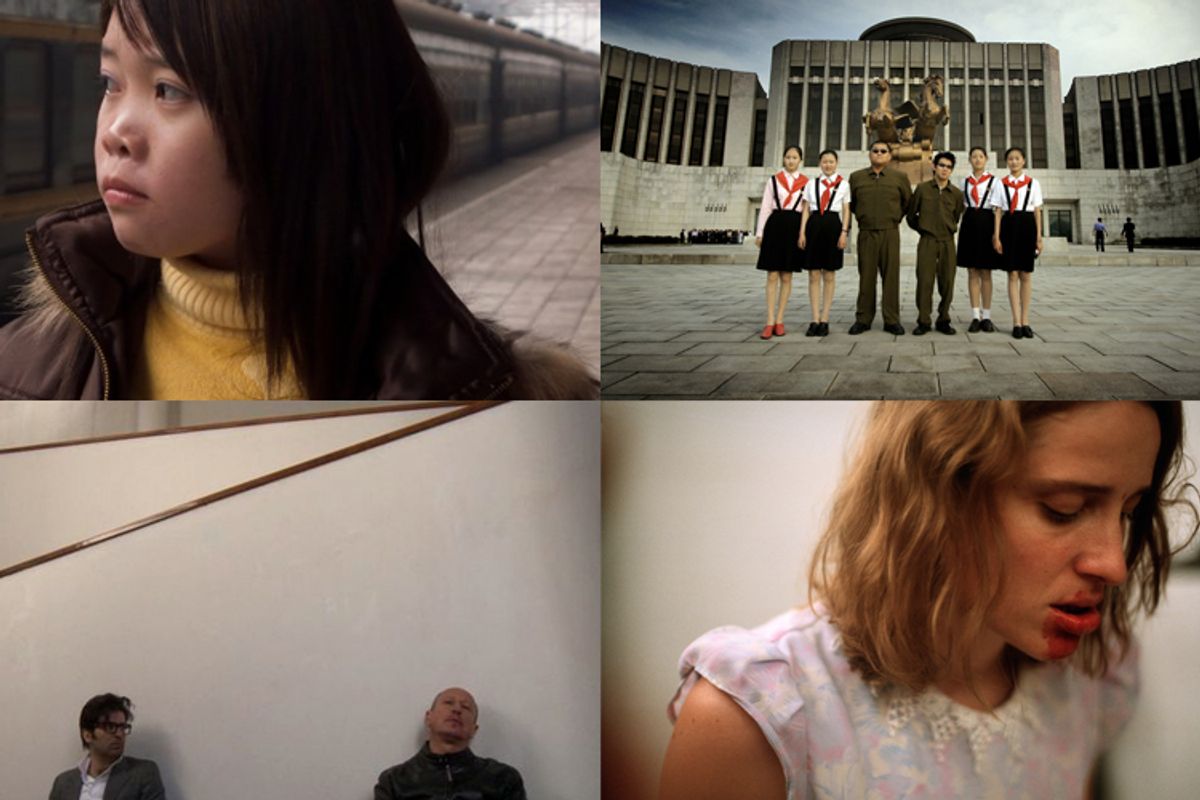 Clockwise from lower left: "The Man Next Door," "Last Train Home," "The Red Chapel" and "Dogtooth."
--

As long as I've been doing this job, one of its requirements has been issuing ritual pronouncements that the end of days was upon us: Independent and art-house cinema -- "specialty releases," to use industry jargon -- was doomed, and we're all about to drown in a rising ocean of comic-book action flicks and reality TV.

Sure, it's been a long time since films by Kurosawa and Fellini were must-see cultural touchstones, but if you look back honestly at the pseudo-high-culture pretension of that era, it wasn't good for filmmakers or their audiences. Yes, the future (not to say present) of art-house and indie film is a bewildering muddle of mix-and-match formats with melting boundaries: digital download, video-on-demand, simultaneous DVD and theatrical release, and so on. Companies come and go, new release strategies are adopted and just as promptly abandoned, and inevitably some good films disappear into the maelstrom.

But a funny thing happened on the way to the film apocalypse: New directors keep making new and interesting movies all over the world, and somehow or other, they get out there. If anything, we're living through a worldwide renaissance of ambitious, personal and often idealistic filmmaking, and if you're sufficiently interested you can find a way to see it. Whether anybody can make money showing it to you is, I guess, a different question, although longtime indie-distribution impresario (and Film Salon contributor) Jeff Lipsky recently wrote an optimistic indieWIRE piece about how and why he's getting back into the business.

This year's selection of new work at the current New Directors/New Films festival in New York -- an important annual showcase for the best art-house movies -- is an exceptionally strong and diverse display of features and documentaries from all corners of the globe. That's great for a select coterie of Gothamites with lots of time on their hands, but more important, most of the films screened will find their way to theatrical or DVD release, or VOD (or all three), before the year is out. Here are 10 quick teasers -- call them my early picks for the art-house hits of 2010. We'll try to track them all as they reach the marketplace.

"Dogtooth" Indescribably strange, comic and perverse drama from Greek director Yorgos Lanthimos -- about a cloistered family locked into a gorgeous villa, and into a set of bizarre rituals --has built a significant cult following purely on its festival screenings.

"Down Terrace" Working-class English crime drama (from director Ben Wheatley) that's been described as Mike Leigh remaking "The Sopranos." I haven't seen it yet, but word of mouth is sensational.

"How I Ended This Summer" This visually stunning psychological drama by Russian director Alexei Popogrebsky is set at a remote research station in the Russian Arctic, where two men confront deception, loneliness and 24-hour summer sunlight. A multiple award-winner at Berlin.

"Last Train Home" A fascinating family documentary that follows the amazing Chinese New Year migration, when some 130 million workers leave the Chinese cities for a brief vacation in their rural home villages. Epic in scale, but intimate in focus and unforgettable overall.

"The Man Next Door" A mean-spirited but impressively crafted social satire from Argentina, made in and around the only house designed by Le Corbusier in the Americas. When the working-class neighbor made good wants to break through an adjoining wall to get more sunlight, the jet-set designer who owns the historic house will do anything to stop him.

"My Perestroika" American documentarian Robin Hessman crafts an intimate and memorable portrait of a group of former Russian schoolmates, members of the generation who lived through the collapse of Communism, the ensuing and often invigorating chaos -- and the rise of a new authoritarian state.

"Night Catches Us" My favorite film at Sundance this year, African-American director Tanya Hamilton's heartbreaking tragic romance is set in 1976 Philadelphia, among the survivors of the black-nationalist movement. It still has no distributor -- and the audience for this film is not the "Precious" audience -- but sooner or later, it will.

"The Oath" Documentarian Laura Poitras (Oscar-nominated for her Iraq film "My Country, My Country") travels to Yemen -- and into the deepest secrets of the American security state -- in this riveting yarn about the interconnected destinies of Osama bin Laden's former bodyguard (now a cab driver) and a Guantánamo Bay prisoner charged with war crimes.

"The Red Chapel" Ethics and standards are left far behind in this hilarious, disturbing documentary from Danish filmmaker Mads Brügger, who got unprecedented access to sealed-off North Korea -- by lying like a rug. Brügger formed a "socialist performance troupe" with two Danish-Korean comedians, wangled an invite from Kim Jong-il's regime and made a film about it, which simply must be seen to be believed.

The New Directors/New Films festival continues through April 4 at the Film Society of Lincoln Center and the Museum of Modern Art in New York.