Taking toplessness to the streets

It's shirtless season -- should women be able to join in? 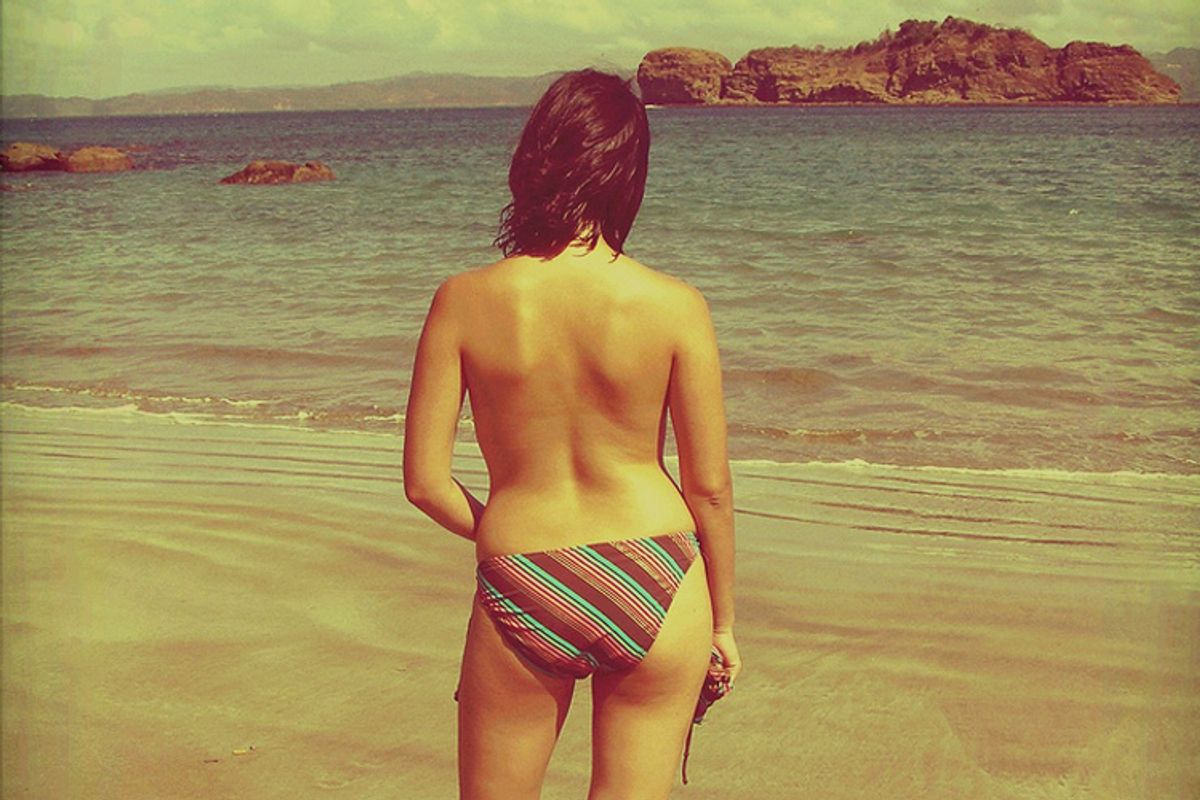 Is there any part of the anatomy more eagerly scrutinized, more breathlessly sought after, more powerfully head-turning than a female nipple? A starlet in a sheer blouse makes headlines. A bralessness-revealing breeze can cause uproar. So on Saturday, when two dozen women doffed their shirts and marched through the streets of Portland, Maine, you can imagine what happened next.

They were there to try to normalize the presence of female skin in public – even the bouncy kind. They sought to protest the eternal double standard of men's vs. women's toplessness. And as a result, they attracted the attention of what the Portland Press Herald described as "several hundred boisterous and mostly male onlookers, many of them carrying cameras." The organizer of the event, Ty McDowell, told reporters she was "enraged" at the ogling.

The news media was quick to snark on the naiveté of the women -- CBS noted,  "Topless Women Shocked That People Like to Watch Topless Women," and sneered, "Good luck with that." The local WGAN radio host noted that bare breasts ought to come with a provision "that the women be good-looking." Oh, you zany feminists -- show us your tits!

Say what you will about its ability to create a stir, toplessness doesn't violate public nudity laws in Maine, nor does it where I live, New York City. (Erykah Badu's recent "Window Seat"  shoot courted an indecent exposure arrest in Texas because she went full monty -- topless is one thing, pants on the ground another matter entirely.) But though we painted hussies of Gotham have a legal right to take our shirts off in public, we rarely if ever seem to exercise it. In contrast, on any day the temperature goes above 55 degrees, we're guaranteed to get an eyeful of male shirtlessness. I'm not going to lie – some of it is distractingly, fabulously great. Some of it is hauntingly grotesque. But there is always plenty of it to go around. Why shouldn't women of all shapes enjoy the option of T-shirt-free sunbathing or stoop sitting on summer nights with the same equanimity our male counterparts do? In fact, given the amount of cleavage, belly, and butt crack my female neighbors already seem comfortable flaunting, why don't we?

Maybe because, as the shutter-happy rubberneckers and "Whaddaya expect?" finger-wagging news reporters this weekend proved, real life is rarely fair or equal. Because women are already subjected to gropes and jeers and comments and creepy guys looking down our shirts or up our skirts. Who wants to be the bare-breasted canary in that coal mine?

I'm not saying it's right, or that it's our responsibility to be the guardians of the male gaze. I'm just saying that the way we present ourselves, whether in a miniskirt or a burqa, comes with an implicit degree of attention. The reality is that we live in a country where a woman taking off her shirt is not generally viewed as a natural consequence of a warm day. It's more often seen as a desperate plea for Mardi Gras beads.

Breasts have always been surefire attention-getters. They're lovely and erotic and arousing -- but they're also straight-up utilitarian to boot. When my daughters were babies, I never hesitated to nurse in public -- and never thought to hide under a blanket. One of my sweetest memories is of sitting in a downtown plaza with my infant at my breast, and having a group of French tourists approach us to coo over the jolie sight. That's how it is with exposed flesh -- it isn't just whatever we deem it to be. It can be both eminently practical and exquisitely beautiful. It can be sexy or ugly or inappropriate. (Dear shirtless guy in church: Really, man?) We can't decontextualize it, and we can't insist others see it exactly as we do. We can, however, grow up a little about it.

If I'm going to slow down a little when I walk past the basketball courts in summer, I can't well expect the world to not notice a girl sunbathing in Central Park either. But we can -- and should -- insist upon non-harassment when we're out and about, whatever we're wearing. We are all of us, male and female, deserving of  unmolested courtesy. So maybe it's possible that if more women took advantage of local laws regarding shirtlessness, we might find ourselves living in a country with a slightly more mature attitude toward our areolae. We might live in a world that doesn't go apoplectic every time a thin blouse meets a cold day. And we might even be able to walk down the street fully dressed and not get hassled.