The classic board game kicks up outrage by permitting proper nouns. Is it anathema -- or P.R. stunt? 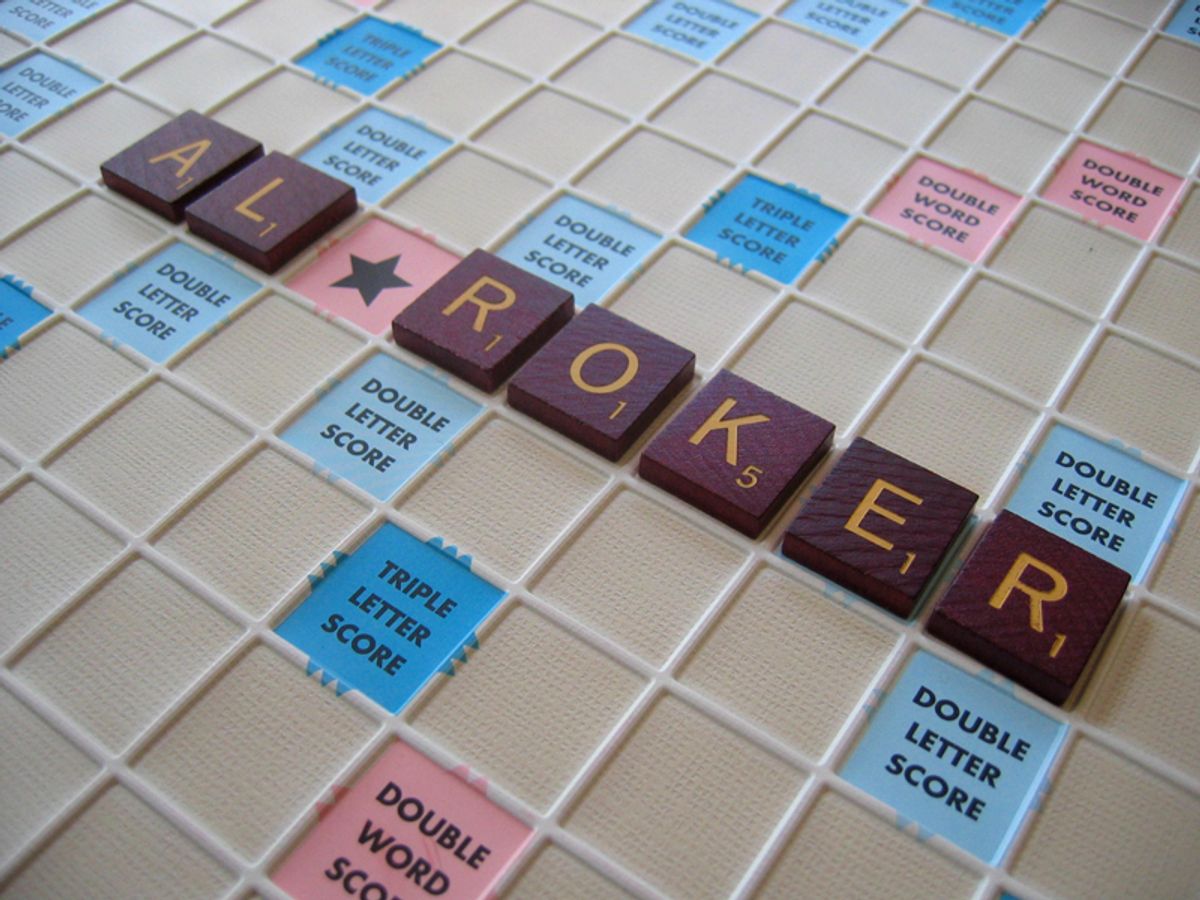 Could the rumors be true, Scrabble?  Could the venerable word game/choking hazard/nerd form of foreplay be changing the rules?

On Tuesday, the BBC reported that "a new version" of the game, aimed at younger players and debuting this July, would permit – maybe you should sit down for this – proper nouns.

I'll get the smelling salts. A spokeswoman for Mattel told the BBC that the change would "add a new dimension" and "introduce an element of popular culture into the game ... This is one of a number of twists and challenges included that we believe existing fans will enjoy and will also enable younger fans and families to get involved."

Proper nouns? Why, that would be like letting the rook move diagonally in chess! Building a hotel before you've bought all the houses on Monopoly! Installing elevators in Chutes and Ladders! Playing quarters with dimes!

Faster than you can say "Jeff Goldblum is dead," the media was all over the news -- and the wildfire of outrage it was provoking. As Keith Churcher, chairman of the Reading Scrabble Club, groused to the Daily Mail, "They're dumbing down a classic."  But Mattel's rep told the Daily Mail that "The new quirks will level the playing field. Experienced players with a vast vocabulary could be equally pitted against players with a love of celebrity or football." That's right -- your puny liberal arts education would soon be no match against the awesome Q, X and Z power of your hip-hop loving, pharmaceutical-hoarding adversaries.

But not so fast. Writing in Slate, Stefan Fatsis, author of "Word Freak: Heartbreak, Triumph, Genius, and Obsession in the World of Competitive Scrabble Players," told lexicon addicts across the land to call off their dogs. The poorly disseminated real story was that "Mattel, which owns the rights to Scrabble outside of North America, is introducing a game this summer called Scrabble Trickster. The game will include cards that allow players to spell words backward, use proper nouns, and steal letters from opponents." In other words -- it's just a spinoff. And American Scrabble, which is owned by Hasbro, isn't even affected.

Well, why didn't Mattel say so in the first place? Why, instead, did its spokesperson speak of the "old" version, implying a kind of genteel retirement for the classic game? Perhaps it was simple stupidity. Perhaps it was a deliberate -- and weak -- attempt at giving a stately game an edgier bit of rebranding. Add to it an eager, bottomless news cycle, and you've got misinformation gone viral. Misinformation that the hordes who think the sweetest words in the English language are "triple word score" felt pretty passionate about. Lesson learned: You do not mess around with Scrabble players. They will cut you.

Times may change; language certainly does. And nobody rends garments over the fact that respectable diversions like the New York Times crossword puzzle have a comfortable ongoing relationship with the proper noun. But those of us who love words already have to put up with a depressingly "level" playing field every time we open another poorly spelled, emoticon-strewn e-mail. No wonder the idea of a "dumbed down" Scrabble was so horrifying -- and so utterly credible. If the company announced tomorrow it was issuing a lolspeak version, you might be outraged, but would you really be shocked? For now, though, the Scrabblepocalypse is not at hand.  Breathe a sigh of relief, my sesquipedalian-loving friends -- and forget about any brilliant deployments of "Quiznos."