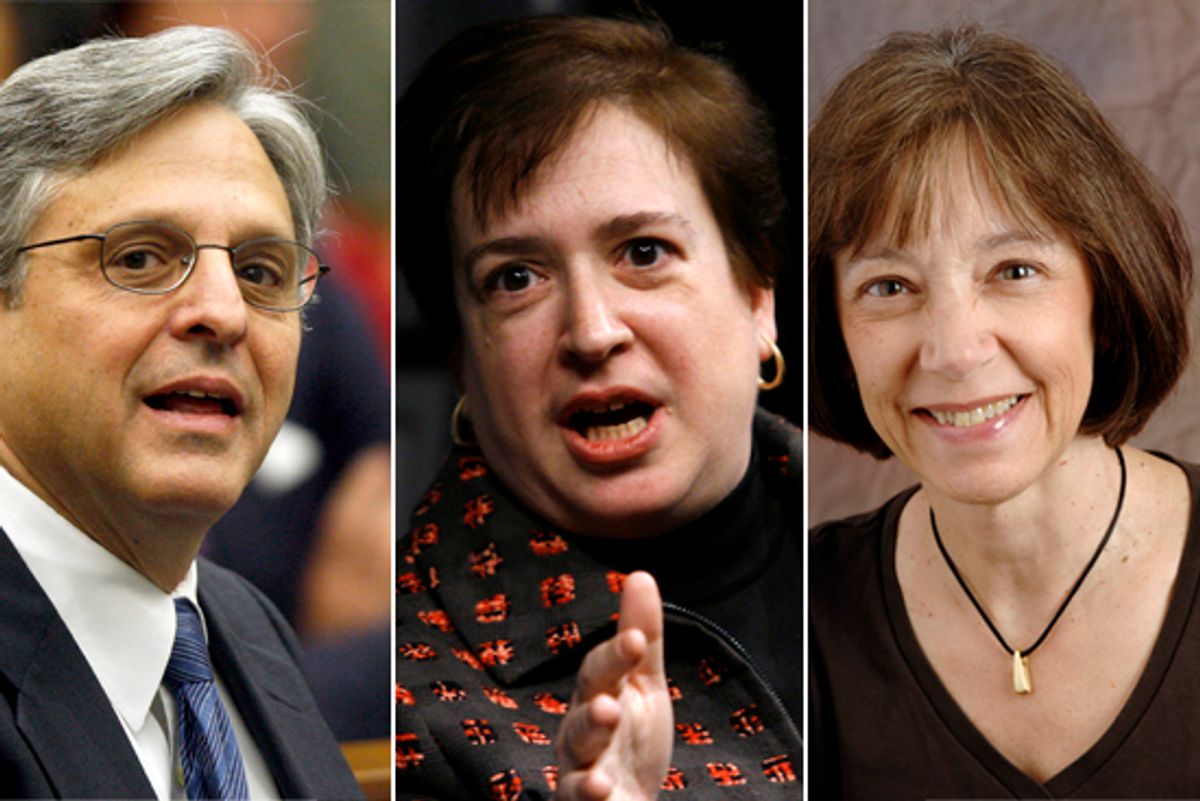 We don't even know exactly when Supreme Court Justice John Paul Stevens will retire -- though we know it will be soon -- but there's already a short list of replacement candidates making the rounds. The last time there was a vacancy, it wasn't until weeks into the process that the possibilities had narrowed this much.

What's set off the latest round of speculation was Stevens' confirmation over the weekend that he'll "surely retire" while Barack Obama is still president. Little surprise there: although Stevens was appointed by Republican President Gerald Ford, he has become, in the words of a recent New Yorker profile, the court's liberal leader. He wouldn't want, say, Mitt Romney appointing his replacement.

A Supreme Court vacancy is one of those things that the White House is always preparing for behind the scenes -- like a zombie outbreak or a war with China. (Kidding! At least about the China thing.) So it's usually pretty safe to hypothesize that somewhere, a plan exists. The president and his advisors aren’t just throwing together some names for the court at the last minute. The question is whether the short list we now have corresponds to the one that actually exists in the White House.

It’s not clear exactly why short lists always have three names on them, but apparently, that’s the rule. (Doubt it? Check out every vice-presidential short list from the past few elections.) In keeping with the tradition, while there are plenty of names bouncing around the troposphere, there are three people who are generally agreed to be in play, down on the ground. This is thanks mainly to a Bloomberg report, but it's caught surprisingly little disagreement.

The first on the list is Judge Diane Wood. A member of the Chicago-based 7th Circuit Court of Appeals, Wood is one of the most widely respected center-left jurists in the country, known for her intellectual firepower and her willingness to stick up to her conservative peers. Although she's got a reputation for a certain amount of combativeness and is a rock-solid defender of a woman’s right to choose, Wood isn’t anything like a crusading liberal. Still, she’s anchoring the left end of the short list. As Tom Goldstein points out at SCOTUSBlog, she has two major strikes against her: her age (59 -- older than presidents now aim for in their appointments), and her lengthy paper trail of opinions on contested issues.

The president might dodge both of those problems if he went with Solicitor General Elena Kagan. The 49-year-old former dean of Harvard Law School seems to have no record of strong theoretical views of jurisprudential issues. In fact, it’s not at all clear what Kagan thinks of anything, although presumably she wouldn't be the president's solicitor general if she didn’t agree with him on some basic matters. At Slate, Dahlia Lithwick suggests that any fight over a Kagan confirmation would be about executive power, which Kagan has championed now that she's part of the executive branch. Still, it seems like those objections are likelier to emerge from liberal senators than conservatives, and liberals would ultimately probably fall into line in the end. On the other hand, don’t be surprised if the GOP musters a campaign against Kagan. She's a Jewish academic from the Ivy League. It might not originate within the Senate, but conservatives from the Sarah Palin-Glenn Beck wing of the party are going to find a way to have cultural beef with this woman, and it will seep into the mainstream.

If the administration really has no stomach for a fight, it'll go with Judge Merrick Garland. The consensus has already formed among Republicans that Garland is the best they can hope for from Obama. A judge on the Circuit Court of Appeals for the District of Columbia, the 57-year-old Garland is the Democratic Party's leading moderate jurist. At this point, it would seem characteristic of the Obama administration to go with the easy pick like this, but Garland isn’t that young, and he’s a white guy. It's clear that, all else equal, Obama would prefer a younger appointee, and a woman.

This list is based on the names floated by Bloomberg and batted around the judicial blogosphere. The administration could still very well end up going with someone else. Still, it came from somewhere, and probably roughly corresponds to reality. In his SCOTUSblog post, Goldstein writes that these three represent an extraordinarily narrow, centrist ideological range -- a marker of how successfully conservatives have constricted the spectrum of acceptable nominees.

But it's worth going a step further: It's not just the rightward drift in judicial politics that's at work here -- though that's very clearly part of it. The area from Wood on the left to Garland on the right is a near-perfect representation of the range in which the Obama administration thinks it's free to move. There are no bold liberal thinkers or innovative judicial theorists on this list for the same reasons that there was not, ultimately, a showdown over the public option. The depressing realities of a fractious majority and an obstinate minority boil down to this: Diane Wood, Elena Kagan or Merrick Garland?