The Kraken is this year's Susan Boyle

How did a tentacled sea beast from "Clash of the Titans" become the breakout star of the spring? 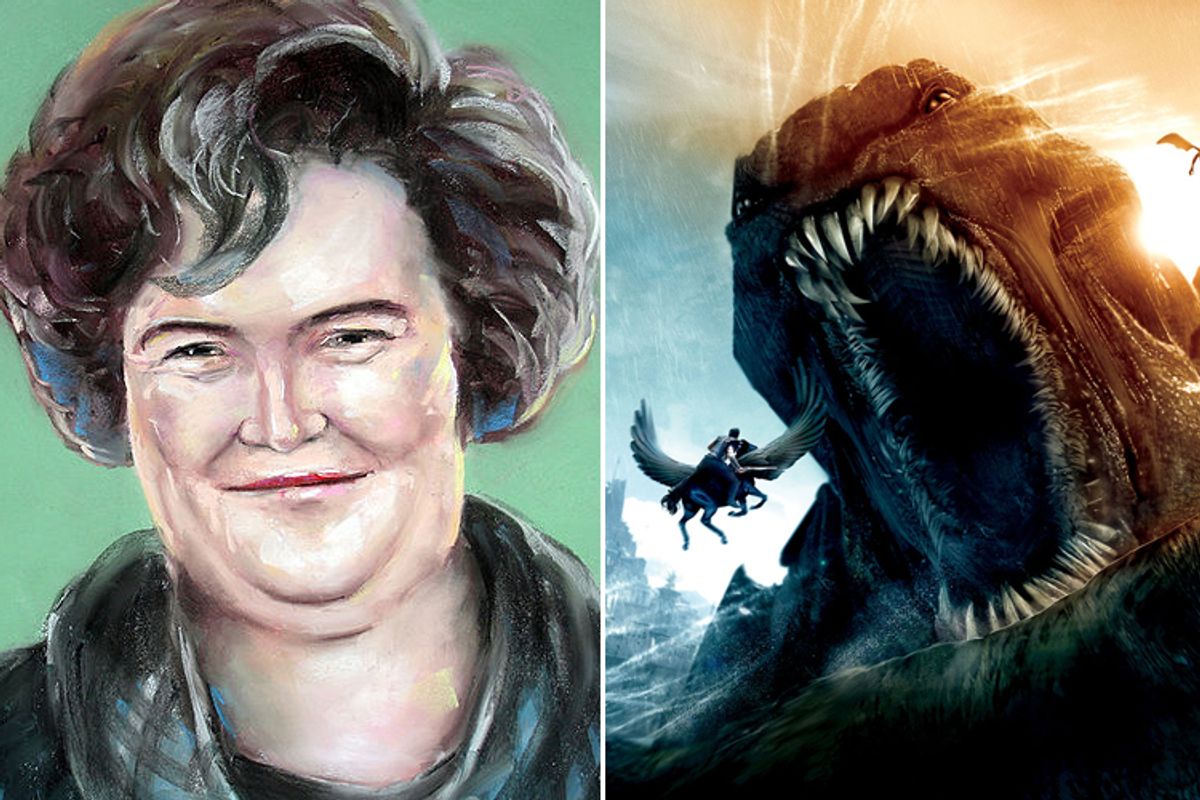 Hippogriffs are so last decade. Toruks? Whatever. And dragons? Well, they're all right. But from the moment Liam Neeson commanded, with all the authority of the most badass god on Olympus, a certain tentacled behemoth to go forth, the Kraken became the hottest mythic beast to descend upon our culture since Harry met the Hendersons.

It can't only be because it's fun to say "Kraken." (Although it totally is.)

The makers of "Clash of the Titans" could have had their pick of beasts. Greek mythology certainly doesn't want for fanciful creatures: You got your Scylla. You got your Charybdis. You got your gorgons and harpies. What Greek mythology doesn't have, however, is Kraken. Kraken, as every fan of fanciful water critters knows, is Scandinavian. And he's only been around since about the 12th century. Guess "Release the hydra!" just didn't have quite the same ring.

The overgrown cephalopod has turned up in popular culture before. His "huge sponges of millennial growth and height" have starred in a poem by Tennyson. He's shown up in Jules Verne's "20,000 Leagues Under the Sea." And, most recently, he flaunted his tentacles in "Pirates of the Caribbean: Dead Man's Chest." But he's never enjoyed quite the moment he's having right now.

In fact, despite the impressive star wattage of Liam Neeson, Ralph Fiennes and Sam Worthington, it's the Kraken who's emerged as the real star of that toga party flick. On YouTube, he's been mashed up within an inch of his seemingly indestructible life. On "Dancing With the Stars," he's been invoked to describe Chad Ochocinco's paso doble routine. And on the "Clash of the Titans" movie's own release-the-kraken.com site, visitors can, well, you know.

Traditionally shy and unconventional looking though he may be, the Kraken is this year's Susan Boyle. He's the one we identify with, the one we can mold into our own image. Dominating in a marketing meeting today? Letting your kids loose in the playground? Had chili for lunch? You're not releasing the Sam Worthington, are you? No, that's 100 percent pure Kraken.

That's why the big lug -- and that instantly classic line about him -- have insinuated themselves so quickly into our hearts. Because when Neeson says, "Release the Kraken!" we think, don’t mind if I do. He may have several deadly rows of teeth and consume his own weight in marine life every day since the dawn of time, but darn you, Kraken, you're also the misbehaving, whupass-opening part inside all of us.

Clash Of The Titans