Insane Clown Posse: The most disturbingly hilarious video of the week 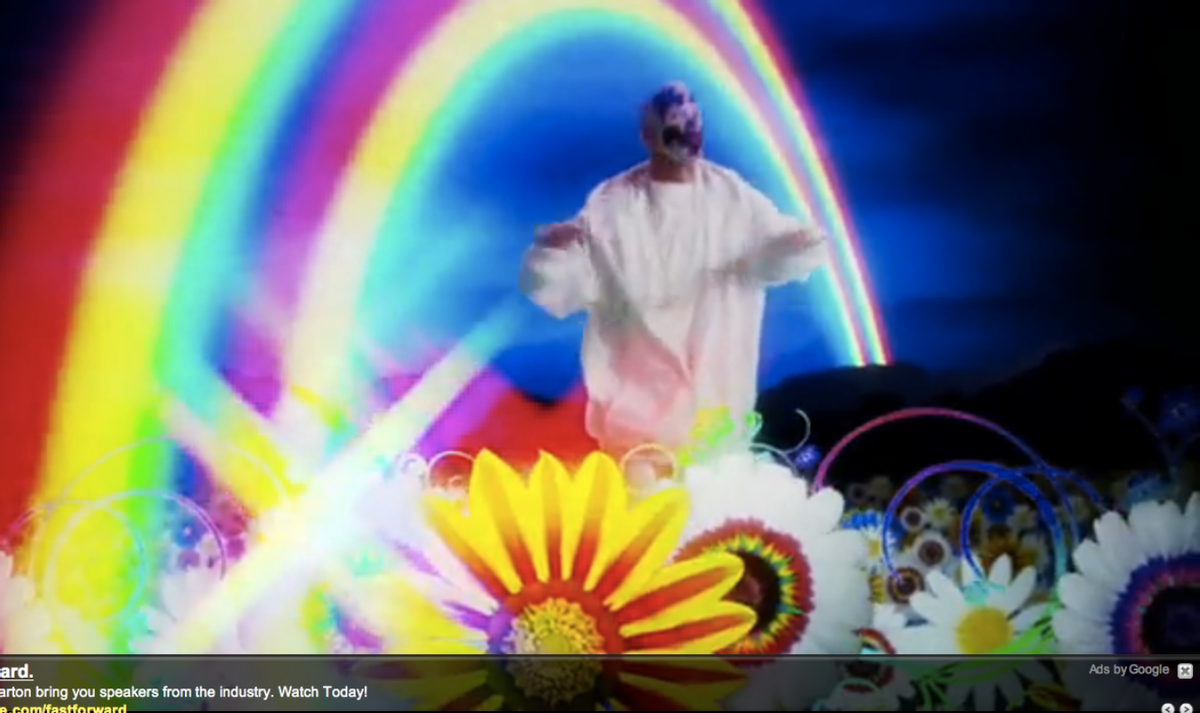 Stop what you're doing immediately. If you're at work, around young children, or in any environment where a deluge of F-bombs might be deemed inappropriate, put in your headphones.

Now, give yourself over to the majestic craziness that is Insane Clown Posse's new video for "Miracles." A bit of a departure from Shaggy 2 Dope and Violent J's usual "up yours" ethos, it's either the display of a new, softer side of the Posse or the most unwittingly hilarious homage to rainbows, magnets and pelicans ever created. (It's not all waterfalls and giraffes though -- they do still seem to harbor some anger toward scientists.) Imagine "What a Wonderful World," but with the possibility of inducing nightmares. And like the song says, it'll blow your mind.