The Louisiana Republican, appearing at the SRLC, takes a shot at President Obama -- and endorses Sarah Palin? 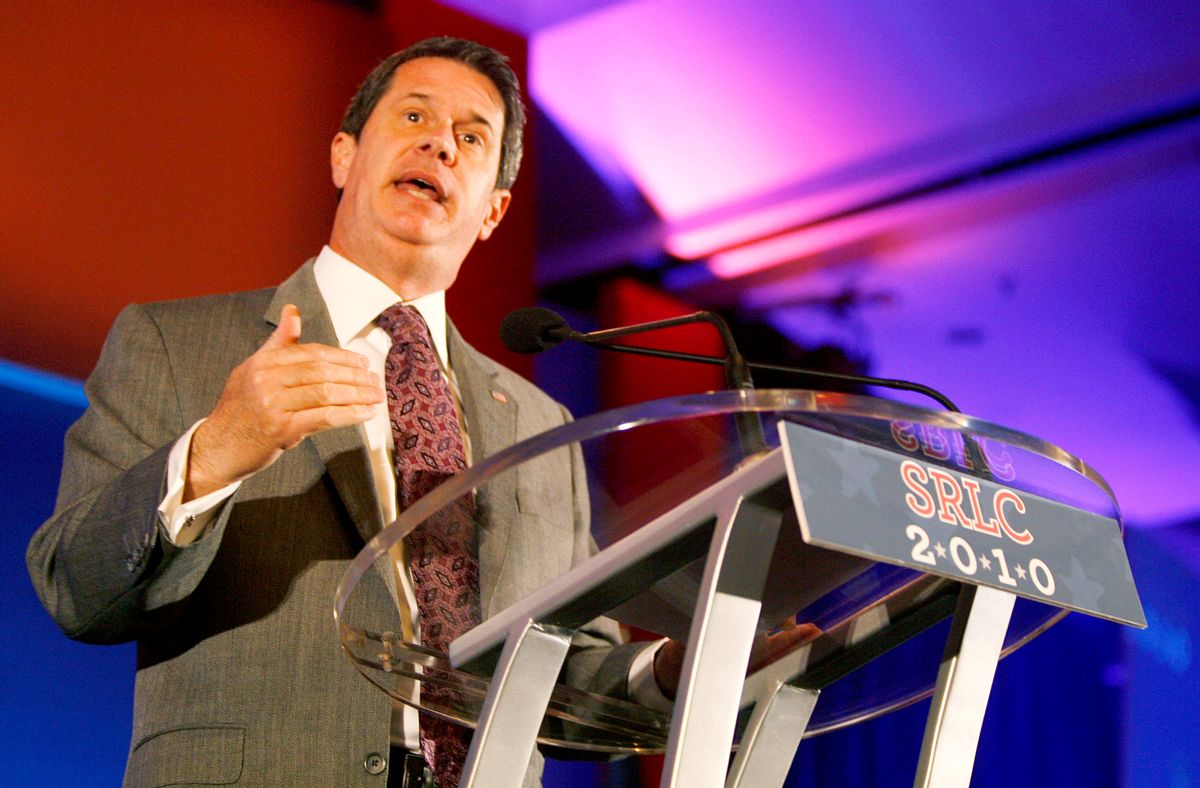 U.S. Representative David Vitter of Louisiana speaks at the 2010 Southern Republican Leadership Conference in New Orleans, Louisiana April 10, 2010. As many as 3,000 party activists are to attend the four-day conference, the most prominent gathering of Republicans outside of their presidential nominating conventions. REUTERS/Sean Gardner (UNITED STATES - Tags: POLITICS) (Reuters)
--

It wasn't clear whether Sen. David Vitter, R-La., was going to show up at the Southern Republican Leadership Conference this weekend. He's been out campaigning for reelection, pushing back against a challenge from Democratic Rep. Charlie Melancon, and he wasn't originally scheduled to appear. (Perhaps his recent history hits too close to home for a party trying to pretend its national committee didn't just spend nearly $2,000 at a risqué Hollywood nightclub?)

But Saturday morning, Vitter strolled out to introduce former Sen. Rick Santorum -- and to push back a bit against President Obama. "If that's the choice in 2012, I'll take a TV personality over a community organizer any day," he said.

TV personality? Whoever could he mean?

Melancon, meanwhile, will hold a rally across town later Saturday.