Set in a grimy working-class beach town, this Down Under grade-B crime thriller gets an A 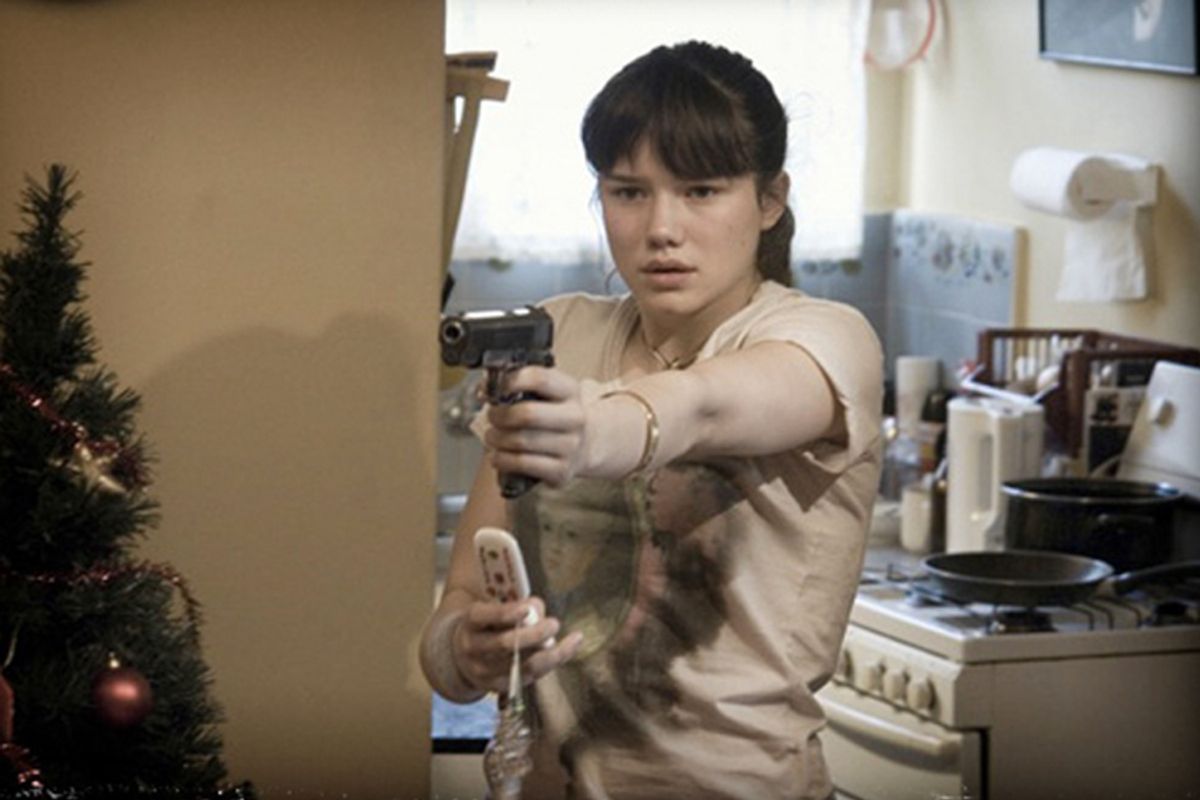 Was it Tolstoy who observed that every film noir is fundamentally the same, but the stupid white people in them are stupid in their own way? Perhaps not. But first-time Australian director Nash Edgerton — a Hollywood stunt coordinator by day — seems to have absorbed the lesson. Edgerton proves an adept student of the B-movie tradition with his grimy sunbaked crime thriller "The Square," which on one level is so well-rehearsed it seems almost like biblical worship of the Coen brothers' "Blood Simple," and on another is spring-loaded with surprises.

The last couple of years have offered numerous examples of foreign filmmakers taking on the traditions of American crime cinema and making them their own — I hereby direct you to two outstanding German-language examples, in "Jerichow" and "Revanche." Both of those, and "The Square" too, work from the basic "Postman Always Rings Twice"/"Double Indemnity" model, wherein a decent or at least ordinary guy is led further and further into some dastardly and idiotic criminal scheme by ... well, you know exactly by what. By a well-turned ankle, by a skirt, by a hot tamale. By some damn faithless tomato or other, that's what.

If this noir formula doesn't exactly offer an uplifting interpretation of the female nature, it also depicts men as witless suckers, low-rent Macbeths too stupid to understand that the promise of a new life with some young honey is an existential con game. In "The Square," said sucker is Ray (David Roberts) a corrupt building-site foreman in a shark-plagued New South Wales beach town who all too literally covets his neighbor's wife. That would be the pretty but faintly used-up Carla (Claire van der Boom), who's married to lunkhead mechanic Smithy (Anthony Hayes) but dreams of bigger things. Those bigger things would be embodied in the mysterious duffel bag full of cash that Smithy's got hidden in the attic — a classic example of the "dirty money" that so often plagues noir protagonists (further e.g., Josh Brolin's $500,000 suitcase in "No Country for Old Men").

By the time you're half an hour into "The Square," Ray and Carla have already cooked up their moronic version of the perfect crime: Steal the money and then hire a loopy professional arsonist (Joel Edgerton, the director's brother and co-writer) to burn down Smithy and Carla's house when nobody's home. Hey, Smithy, sorry man — your dough got all burned up. Poof, gone! You'll be shocked to learn that all this doesn't go quite according to plan, and Ray and Carla have to spend the rest of the movie receiving extortion-note Christmas cards from unknown correspondents, burying weaselly guys on Ray's construction sites and arranging late-night conferences at hot-sheet motels and overly bright Chinese restaurants. And yes, the not-yet-poured concrete central square in the "honeymoon holiday village" that Ray's company is building becomes a key location.

There's always a central problem with what you might call narrative orientation in this kind of movie. The characters need to remain somewhat sympathetic, or at least identifiable, even as they lapse into nuclear-grade stupidity and criminality. Or the audience simply won't care what happens to them. Still, the director can't offer them more than the occasional moment of what-have-I-done introspection, because as soon as one of them decides to behave like a vaguely rational human, get off the dumbass train, and save his own skin, the movie's pretty much over. You definitely can't call Ray and Carla entirely likable, and I'm not giving anything away in suggesting that a (richly deserved) comeuppance awaits them at or near the end of the story, but "The Square" clicks briskly along through its twists and turns, and it has way too much grimy atmosphere and dark humor to become totally alienating.

Shot on deliciously dirty digital video (by cinematographer Brad Shield), "The Square" delivers its kicks by packaging its horrific series of violent misadventures amid a completely realistic and underplayed drama in a fascinating setting. Edgerton's Aussie resort town is a sunny, balmy landscape of battered working-class men and women with puny dreams and terrible hair; it mashes up elements of Chandler's Southern California, Elmore Leonard's Florida and a downtrodden English coastal village. Add the dingy surrealism of a Christmas-season setting, when yuletide means the hottest time of year (Santa Claus arrives on a motorboat), and it's a universe you won't soon forget, even if you'll be grateful you get to leave it and go home.

"The Square" is now playing at the Sunshine Cinema in New York and the Nuart Theatre in Los Angeles, with wider national release to follow.