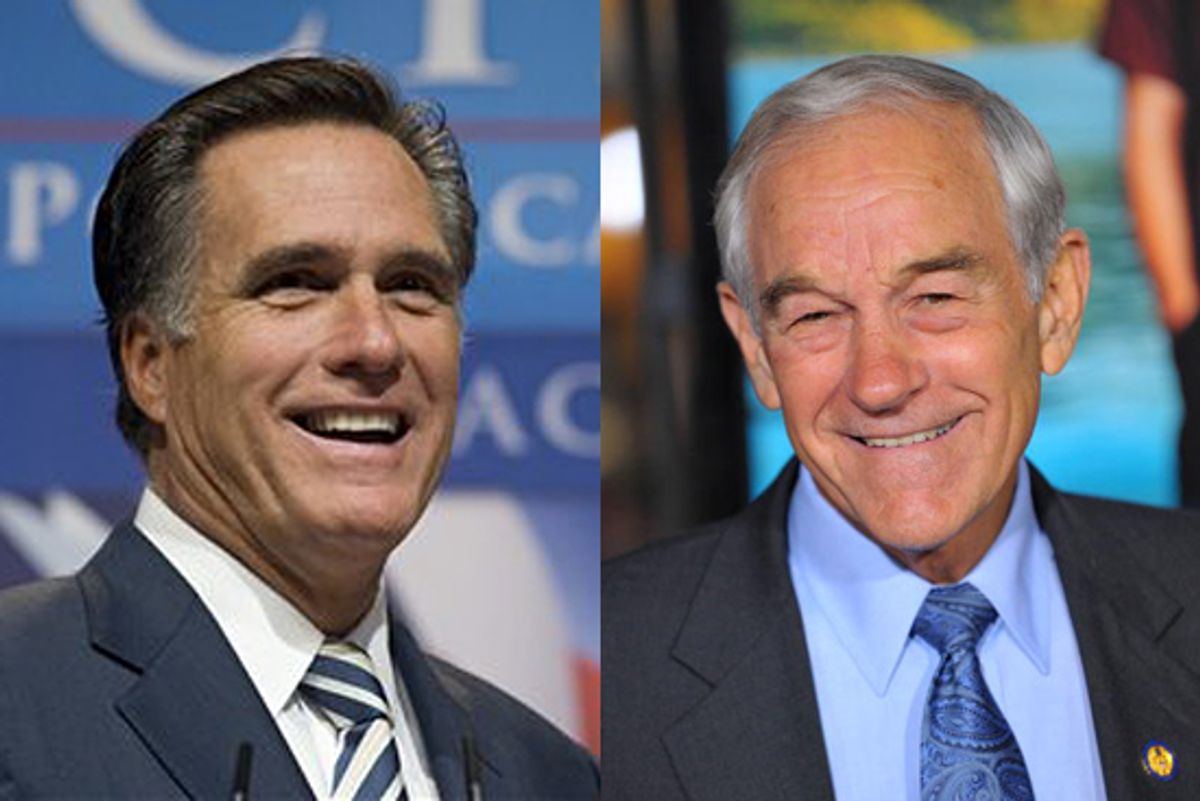 The straw poll at the Southern Republican Leadership Conference may not have a perfect track record in predicting the next GOP presidential nominee; in 2006, Bill Frist won the poll in Memphis, and he didn't even wind up running. On the other hand, George W. Bush won the 1998 poll, at a conference he hadn't even bothered to attend.

For this year's conference, the two Republicans who appear to be the most serious about trying to run for president -- Mitt Romney and Tim Pawlenty -- aren't here. So the straw poll is a bit of a toss-up, between Romney, Sarah Palin and Ron Paul. Paul isn't expected to contend for the nomination in 2012, but his fiercely loyal supporters turned out in huge numbers at CPAC, the big conservative conference in Washington, and won that poll.

On Saturday morning, as conference attendees came in, Paul's supporters were out in force, waving signs that said, "Legalize freedom!" A smaller group of Romney supporters -- from Evangelicals for Mitt, a grassroots group based in Tennessee that says they're independent of Romney's organization -- was handing out piggy banks and buttons.

Check out their efforts here, and check back later to see who wins: