This week in crazy: The smoking diplomat

Mohammed Al-Madadi turned an in-flight smoke into a terrorist scare. Did he get immunity from common sense? 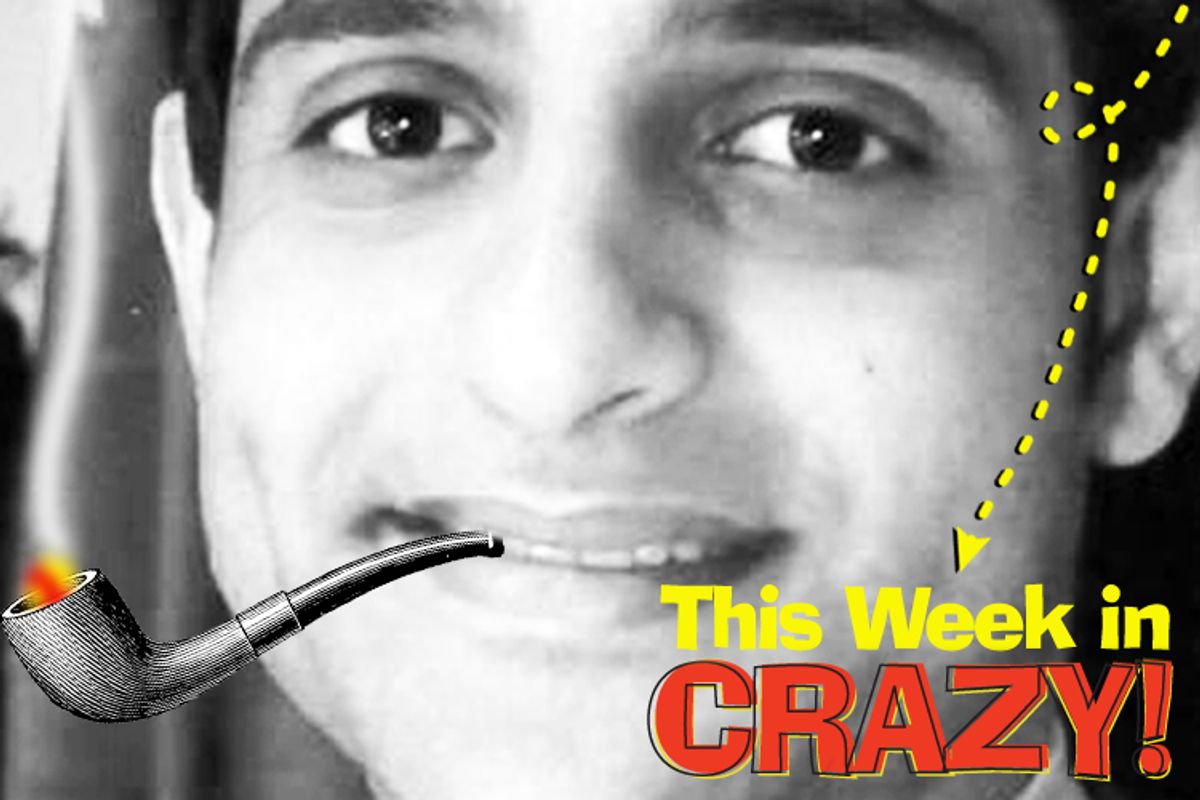 I thought if your title was "diplomat," your job was to basically go around not saying dumb-ass things. But Mohammed Al-Madadi apparently didn't read the fine print on his application for Qatari diplomatic corps.

On Wednesday, Al-Madadi was flying from Washington, D.C., to Denver for a visit with imprisoned al-Qaida sleeper agent Ali Al-Marri when he got the urge for a nicotine fix. Mistake No. 1: He succumbed to temptation and slipped off to the airplane bathroom for an illicit smoke. Al-Madadi must have been unaware that lighting up in a confined, ill-ventilated space is going to attract the attention of anyone nearby who possesses a nose. When flight attendants noticed smoke coming from the lavatory, they confronted Al-Madadi and notified federal air marshals on board. Jokesters, take note -- when you're on your way to visit a terrorist and federal air marshals ask you what you're doing, this is not a good moment to try out your comedy. Mistake No. 2, and this is the doozy: He told them he was trying to light his shoes on fire, a breezy reference to 2001 shoe bomber Richard Reid.

Too soon! I guess some people have learned nothing from "Harold and Kumar Escape From Guantánamo Bay."

Al-Madadi's little stab at levity did not win him a lot of fans among the 160 passengers and flight crew on United Flight 663. Nor did it go over big with thousands of other pilots flying their airplanes in the sky at the time, who were alerted by the FAA of a possible terrorism threat. Or NORAD, which dispatched two F-16 fighter jets to accompany the plane to Denver. Or the FBI, which scrambled to greet the plane when it landed. Al-Madadi himself probably failed to see the humor in the whole thing while those federal marshals were restraining him. Something about the prior week's suicide bombings in Moscow and the attempted airplane bombing on Christmas Day just takes all the wind out of a sarcastic quip.

Al-Madadi, who has diplomatic immunity, was not charged with any crime. In the court of public opinion, however, he was found guilty of being the least entertaining person in a week that included Kate Gosselin doing "Paparazzi" on "Dancing With the Stars." On Friday, the State Department announced that the Qatari embassy is shipping Al-Madadi back home, where, perhaps in time, he'll learn how to keep those notorious shoes of his out of his mouth.

But it's a long, long way from D.C. to Doha International Airport. Al-Madadi, whatever you do this time, we beg you -- don't forget the Nicorette.

Air Travel This Week In Crazy