France has the burqa all wrong

The push for a veil ban assumes the practice is forced on Muslim women. A French historian says: Think again 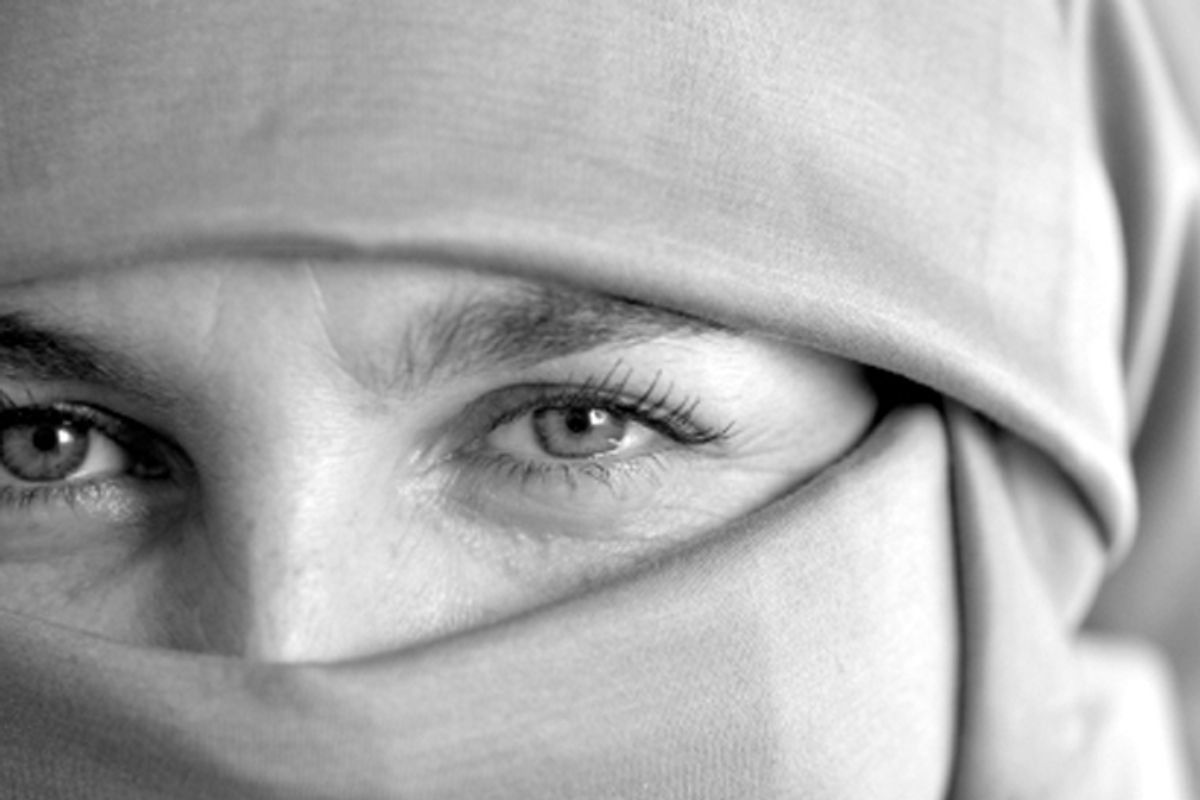 The burqa has been having a baaad couple of months. Several European countries are actively pushing for an all-out ban on the full veil, and Belgium seems poised to become the first to make it happen. It's France, though, that has garnered most of the international attention surrounding the issue, especially stateside. Last week, the Wall Street Journal published a compelling defense of a French ban. Peter Berkowitz of Stanford's Hoover Institution argued that the principles typically used to defend women's right to veil simply do not hold up against the cultural, political and historical forces that are at play in France.

Immediately, this argument brought to mind Joan Wallach Scott, an American historian of France and author of "The Politics of the Veil."  What better person to speak with about Berkowitz's Op-Ed and the burqa debate in general? Not only is the Princeton professor known for using gender as a lens for historical analysis, but she's also an expert in French history. It would be a pity for her voice to be left out of the debate. So, I contacted Scott and she kindly fielded my questions over the weekend via e-mail.

Can you explain the logic of France's anti-burqa campaigners?

There are several reasons: They argue that France is a secular country and that membership in the nation requires giving priority to one's French identity. All other identities must be secondary and private. Wearing religious signs in public suggests the primacy of one's religious identity.

Women have been singled out (no one objected to Sikh turbans or Jewish yarmulkes before the head-scarf ban in 2004), on the grounds that veils signify the subordination of women (again, other signs of such subordination -- nuns veils, Jewish women's wigs or other head coverings -- were never objected to before Islam became an issue). In accordance with French secular principles, the state protects citizens from the demands of religion, thus the French state is protecting women presumed to be coerced into wearing burqas from the claims of their religious communities.

Yet another argument is that covering one's face in a society that depends on visual communication and the transparency of faces violates social protocol and also is a threat to security (we don't know who's hiding behind that veil).

Well, I agree that covering one's face makes communication difficult in societies used to judging people by how they look at one another. And, for purposes of identification, faces need to be uncovered. It's also true that there is no Quranic requirement that women wear these coverings; rather it seems to be an old tribal custom that has been elevated by some political/religious groups to an Islamic requirement.

What's wrong is that there's no real attempt to find out why women wear these or to grant the idea that they may be making a choice; that they are not forced to do this, but find it a way of expressing their religious identity or religious conscience.

What is your strongest argument for defending women's right to veil?

That their freedom of religious conscience must be respected. One can't assume they know why a woman wears a veil or even that it signifies oppression.

As a feminist, I think the most compelling argument for banning the burqa is that it is part of a culture of oppression and is often forced upon women who have no meaningful choice in the matter. What do you think of such arguments?

I think they're wrong. They don't take into account the many reasons women might decide to wear a veil -- much of the testimony suggests women [in France] choose this; they are not forced. By assuming that there is only one reason women might wear a veil, this argument refuses to grant agency or religious conscience to women.

The Western idea that women are emancipated when they are uncovered, allowed to be sexy, or whatever is a false one. There are many ways to be emancipated, many ways to be subordinated and these include certain Western practices as well as Islamic ones. I'm most persuaded by a group of French feminists (Muslim and secular) who say they are for equality and against any coercion: against forced wearing of veils and against forced removal of veils.

How is this debate unique to France?

It is not unique to France. Other countries in Western Europe are having versions of the same debate. You may remember that a few years ago a British politician urged the removal of the burqa and there was lots of debate at the time. Among other things, sales of burqas increased dramatically in Muslim neighborhoods because people felt his comments were discriminatory and wanted to protest against them, feeling there was deep misunderstanding of Islamic practices and deep racism about Muslims.

In most of these countries the issue focuses on the inequality suffered by Muslim women, ignoring all the ways in which these European countries do not have such equality (if you look at percentage of women in parliaments, the wage differentials between women and men in the workforce, the rates of domestic violence and sexual harassment, and other such indicators).

Why does the veil so dominate conversations about the rights of Muslim women?

Well, that's an interesting question. I think it is a way of avoiding talking about the discrimination Muslims (men and women) face in Western societies, a way of indicating "our" superiority to "them," of blaming "them" for the discrimination they suffer, a way of depicting "them" as less modern, less enlightened than "us."

The focus on women (and on sexuality) suggests that the issue of "sexual democracy" now stands for what's good about democracy instead of many other substantive issues such as economic equality, lack of discrimination based on race or ethnicity, etc., etc. When we ask why sexual issues (also the question of Muslim homophobia -- as if there isn't homophobia in the West) predominate in these discussions, we have to ask what they allow us to ignore, as well as what they point us to.